What would you like to see added to AoE2 in the future?

Main problem I see in adding tamils and georgians is the official campaigns would need to be edited.
A generic bantu would be ok but actual empires/kingdoms would be much better with a new building set.

I can think about new pikes for Meso, Spaniards and Chinese
New arbalests for africans and Meso
New Cavalry for Persians

Also the yurtas of mongols instead of houses being permanent.

I think It would take 2 minutes to change the civilization in the scenario editor and replace Elephants Archers with Urumi or another UU.

maybe some replace for Sioux in America’s ?

Honestly we just need way better MOD/AI support. It’s a shame that the work Scripter did is still better than whatever we have in AOE2DE, which was originally a team of modders.

So we have suddenly almost as much Steppe Lancer civs as camel civs. Makes no sense

Hi everyone!
I think that a great contribution for everyone could be the development of the game statistics. Since it has never changed. The game could introduce new interesting statistics, for example: a heat map.

A heat map where the player can see where on the map they have killed or lost troops. It could be very very interesting. Also, the heat map can be mixed with many variables.

Thanks for continuing to develop the game!

Yes, a civ with all generic tech and all generic units (no unique units or tech) and no bonuses.

I would like to see decaying skeletons come back into AoE2. Currently, AoE2 DE does not have decaying-skeletons bodies from death units…instead there is a “sinking body” animation that does not look appealing.

I would like to see more units/sprites added to the Editor. A Wooden Castle (Bailey), a European Norman Lancer cavalry unit (not the Frankish Knight sprite), Mounted Hospitaller/Templar knights, a Pope unit with a mitre (not the generic monk sprite), regional monks, queens and merchants, a Camel Caravan unit.

Individual Campaigns for the Chinese (possibly based on the Tang Dynasty), Magyars, Koreans, Persians and Turks.

Unit description in RoN (Which is informative) 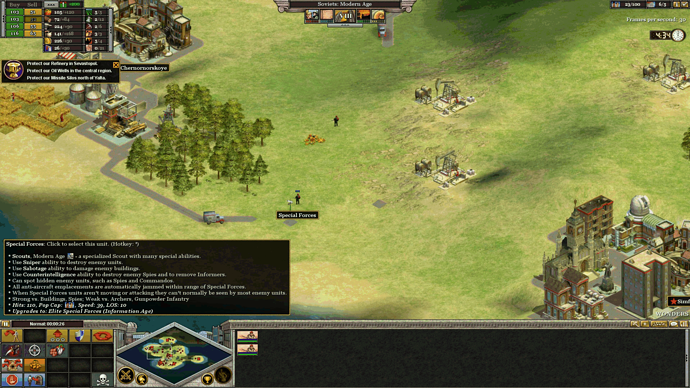 I am not able to add more than one photo to show snaps from AoE2, because new account. I hope I make sense.

What do you think about this!?
Thank you!

Currently, AoE2 DE does not have decaying-skeletons bodies from death units…instead there is a “sinking body” animation that does not look appealing.

Visible Corpses mod stops the sinking. Maybe this will suit you

Makes dead units visible for 5 ingame minutes instead of fully sinking into ground. This way battlefields will be littered with corpses telling a brutal story of what happened there. Is not a data mod, so works everywhere without affecting other players - standard game, multiplayer, campaigns, replays. Normal graphics version. Enhanced graphics version. Please let me know, if you find any bugs or have suggestions

But we already have the All Techs option.

Region unit skins for base units from archery range, barracks and stable, and monks as well as ships and trade carts (incas could use lama, middle East could use camels)

All of these should be modular and optional, so we can pick the ones we want.

This would be a huge upgrade for many in my opinion and would varant a dlc price of 8€ in my opinion, atleast I woild be willing to pay that much if they decided to make it.

Curreny mods can’t do this, since the units have the same I’d and can’t have different skins for different civs. But the mongol houses event showed that it is actually possible to do for the devs.

I would like if all ships would get their sinking animations updated to new cool versions, not only some of them

Game Version: Build (101.101.33315.0 4426672) Platform (Steam) Issue: I’ve noticed that the new fishing ships & turtle ships & caravels & longboats all have cool new animations when they die. But in comparison, galley lines & fire ships & demos & trade cogs are all missing those, their death are literally the same as old versions of the game. Hope that get fixed so that DE can feel more complete.