What would you like to see in Myth Retold?

You honestly made me giggle a bit with the idea of villager names to get a connection to them xD i mean first of they can die so easily, you sometimes have around 40-70 villagers - how will you make a bond with them? xD also Norse Hersers have names too and you spam them often - did I get a connection to them cause they have names? No not really I just sometimes giggle when I read their generated names - well if I read them.

But i REALLY like the (more gory/brutal) special attack idea. A blood dlc, like CA does with Warhammer, would be an idea too. Since i assume the devs of Retold will still try to aim for a PEGI 12. (which also will reach more people obviously)

I don’t want ruin the mood but beware for what kind of product it will become. og aom and titans are good but the next one is not so much and the recent work for it in the aoe franchise or aoe 4 was an disaster. Don’t overhype the game

If there’s enough info about it, I think a pre-muslim Arabic civ could be fun. Were they polytheist before then?

Please for the love of God don’t make it free with spam DLC…I’ve literally been playing this since middle school and I love this game for its constant ability to play over and over again - with that being said, a more adaptive AI, more campaigns, and more civs! so excited for this and hope it won’t turn into a Sims-esque pay style

Another thing I think would be good would be “Treasures” aside from relics (like statues that can be used to gain resources or special huntables that give favor in addition to food when hunted) sown across the map and guarded by monsters albeit much similar to Age of empires 3, albeit much less prominent.

Yes, that would be good … But I doubt they will put treasures, since the original AOM does not have them and I do not think they want to change that…

Were they polytheist before then?

Yes,well-known historical polytheistic pantheons include the Sumerian gods, the Egyptian gods, the pantheon attested in Classical Antiquity (in ancient Greek and Roman religion), the Norse Æsir and Vanir, the Yoruba Orisha, and the Aztec gods.

Ahura Mazda is the supreme god, but Zoroastrianism does not deny other deities. Ahura Mazda has yazatas (“good agents”) some of which include Anahita, Sraosha, Mithra, Rashnu, and Tishtrya. Richard Foltz has put forth evidence that Iranians of Pre-Islamic era worshiped all these figures, especially Mithra and Anahita.[50]

Prods Oktor Skjærvø states Zoroastrianism is henotheistic, and “a dualistic and polytheistic religion, but with one supreme god, who is the father of the ordered cosmos”.[51] Other scholars state that this is unclear, because historic texts present a conflicting picture, ranging from Zoroastrianism’s belief in “one god, two gods, or a best god henotheism”.

Hinduism is not a monolithic religion: a wide variety of religious traditions and practices are grouped together under this umbrella term and some modern scholars have questioned the legitimacy of unifying them artificially and suggest that one should speak of “Hinduisms” in the plural.[45] Theistic Hinduism encompasses both monotheistic and polytheistic tendencies and variations on or mixes of both structures.

The nature of Tengrism remains debatable. According to many scholars, Tengrism was originally polytheistic, but a monotheistic branch with the sky god ########## as the supreme being evolved as a dynastical legitimation. It is at least agreed that Tengrism formed from the diverse folk religions of the local people and may have had diverse branches.[53][54][55]

It is suggested that Tengrism was a monotheistic religion only at the imperial level in aristocratic circles, [56][57][58] and, perhaps, only by the 12th-13th centuries (a late form of development of ancient animistic shamanism in the era of the Mongol empire).[59]

Others point out that Tengri itself was never an Absolute, but only one of many gods of the upper world, the sky deity, of polytheistic shamanism, later known as Tengrism.[61]

I asked about people in the Arabic peninsula. lol

Most of those didn’t live there, that I know.

Arabian polytheism, the dominant form of religion in pre-Islamic Arabia, was based on veneration of deities and spirits. Worship was directed to various gods and goddesses, including Hubal and the goddesses al-Lāt, al-‘Uzzā, and Manāt, at local shrines and temples such as the Kaaba in Mecca. Deities were venerated and invoked through a variety of rituals, including pilgrimages and divination, as well as ritual sacrifice. Different theories have been proposed regarding the role of Allah in Meccan religion. Many of the physical descriptions of the pre-Islamic gods are traced to idols, especially near the Kaaba, which is said to have contained up to 360 of them.

Other religions were represented to varying, lesser degrees. The influence of the adjacent Roman and Aksumite civilizations resulted in Christian communities in the northwest, northeast, and south of Arabia. Christianity made a lesser impact in the remainder of the peninsula, but did secure some conversions. With the exception of Nestorianism in the northeast and the Persian Gulf, the dominant form of Christianity was Miaphysitism. The peninsula had been a destination for Jewish migration since Roman times, which had resulted in a diaspora community supplemented by local converts. Additionally, the influence of the Sasanian Empire resulted in Iranian religions being present in the peninsula. Zoroastrianism existed in the east and south, while there is evidence of Manichaeism or possibly Mazdakism being practiced in Mecca.

Can we have Archimedes steam cannon plz

Some people like build limits, others don’t. It would be nice to have the option to disable them for non-ranked games.

AoMEX broke the in-game editor Screenshot (and so called Supa Screenshot) functionality which was mostly used to take screenshots that hide the UI, screenshot the entire map, etc. The Steam based F12 and Native Windows Print Screen functionalities are not enough to cover the original system, so the original must be restored.

Additionally the tooltip for the “Move Object” tool in the Editor needs to specify that scenario editors can rotate the angle of units with Control+UP/DOWN arrow keys (the language file ID is 17117) as without looking through the control config or word of mouth they have no idea this functionality is natively integrated.

The moment when you realise the majority of changes and ideas for myth units and gods/god changes already did a mod called „Age of Wrath“. Like e.g. making Athene mythic age and give her Medusa as unit for example. Just a few things I would have done differently like I am not sure Nemeian Lion fits Hera that well… but some really cool units and fitting ideas. Will try this mod out and I think others should do at least till retold comes out.

Also i heard that there will be a Microsoft showcase at the end of January is it possible we might see some alpha WIP stuff or concept art there or is it still too early for this?

well, 2 and 3 DE were announced in 2017, along side aoe4
they took their time to release, which is understandable
but main point is, we don’t know how far along mythology is rn, closed betas will come well ahead of any release date drops

January 2023 [image] To the Managers and Developers of the Age of Mythology, current or future: [image] The announcement of AoM Definitive Edition has generated much discussion in the community and revived interest in old fans. On one hand, the prospect of new features was the talk of the town, whereas balancing was the concern of others. When reading forum comments, it is clear that there are two sides of the community - that they are two completely separate worlds. Although seemingly co… 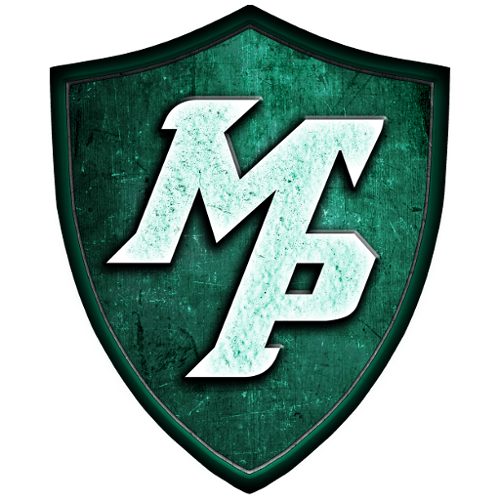 January 2023 To the Managers and Developers of the Age of Mythology, current or future: The announcement of AoM Definitive Edition has generated much discussion in the community and revived interest in old fans. On one hand, the prospect of new...

1.no building limits or atleast the option to turn a building limit on and off or make some buildings just cost more so that will balance that.
2.options for higher and lower pop cap
3,Choose Color
4. mod system from AOE 4
5. future Civs DLC

Or increase the limits by making them per town center, rather than absolute.
As I suggested already.
A second town center would mean more than 10 houses and a second workers monument, for egyptians, for example.

Any news on when the game is coming?..its been February already and still no official news or glimpse of new gameplay!

Cooldowns for God Powers instead of being limited to one use. Its awfull that the game turns into AoE1 in lategame.
For greek factory it could be a boost on economy after 1 use and Atlanteans could have faster cooldowns