What would you like to see in Myth Retold?

I’d like to open the discussion to gather feedback on what you would like to see in Age of Mythology Retold.

I do want to note that whatever is discussed here will be reported, but does not guarantee that it will make it into the game. Your feedback is valuable and I’d love to see what you guys are excited for, hoping for, and what you feel will make Age of Mythology Retold the best Myth ever!

New pantheons is a no-brainer, I’d love a Slavic pantheon.
Others too but idk shit about them (thats what this game is for

)
A detailed history section like EE is also a must.

Maybe extend the Greek/Atlantean campaigns a bit more, going into more stories. The original campaign was great, I’m unsure if new campaigns should focus on one single pantheon or go through many like the original. But as long as there is a long storyline I think it will be okay.

Add higher population limits, create new god art. Keep the music a mix of old and new (add the original sound tracks as well as new ones, add the music option like in AoE2. Make culture specific tracks as well).
Do NOT follow in AoE4’s footsteps regarding graphics/UI

Yes please no historical game should go for cartoonish graphics.

This might a bit specific and niche, but I think that artificial limits on what you can build is not that great. This is understandable to things like wonders, but not something like chinese gardens. You can just reduce the return on investment to such a degree that it isn’t worth it after a limit.
Feitorias in AoE2 are a good example. It is only limited by population, a universal resource. There is no limit that is specific to that building.

I feel constrained for no reason when there are strict limits on buildings without an obvious reason as to why that limit exists. You want to feel like you are building a civilization, and in doing so, not constrained by something the game says you can’t do just because of balance reasons. I understand that there are limitations, obviously. But I think that people would appreciate it more if those constraints feel natural.

On a more general level, QoL improvements would be great. But I’m sure everyone has thought of that already.

Celtic and Aztec/Mayan pantheons (Others too if you can ofc but mainly those two)
And most importantly, a color picker/customizer(I prefer this) if you can please!!!

? Sorry but AoM was kind of “cartoonish” too and also quite bright for as you say a “historical game” which AoM wasn’t really completely.

Also nothing in AoE4 looks cartoonish especially not the landscape and the buildings. The units are a bit simplified look wise and look cause of that maybe, in your words, cartoonish. But I assume that’s cause of the perspective and the unit number and also maybe engine reasons?

AoM had a “cartoonish” touch too it just wasn’t maybe that visible cause games back then weren’t that detailed, expectations lower and graphics way less detailed so design decisions were more excusable/acceptable etc.

I personally don’t mind a high fantasy colourful design which AoM to some degree was/is, but I also wouldn’t mind to see a darker game with a more serious approach. Or you make it like total war Troy Mythos were the approach is between serious models/design and colourful colours.

But talking about visuals: I am VERY curious and interested about the design decision of units especially myth units.
I mean in AoM there was e.g. the cyclops which was clearly inspired by the Ray Harryhausen movies and less “historical correct” as some might think. As a kid I thought those cyclopses are “mythological correct” but it seems the approach Troy Mythos went with is way more “mythological correct” I personally like both designs I would just like to know which Retold will go.

Another approach could be what we see with the manticore or especially the hydra. Compare the design here of the total war warhammer manticore and hydra, the design of total war Troy Mythos and AoM design. Even I love AoM, I personally like the design of he manticore of total war warhammer more than the AoM design. Regarding the hydra I found the design pretty cool of the hydra in AoM as a kid but nowadays I think the other two design are more suitable, especially the design Troy Mythos went with. (hydra should start with more heads and should be more about poison and sustainability for example in my opinion)
But again I also like the approach of movies like Ray Harryhausen did (as a kid when I watched the old movie Sinbad journeys I was VERY terrified of the cyclopses there) but know ppl would call it more “cartoonish” I guess.

I personally am willing to pay full price (60-80€) for the game that’s how much I waited for and wanted a new/upgraded AoM. Even I own two copies of the old CDROM games and EE with the Chinese dlc. I would pay it.
I just really need to know (and I think the AoM community really deserves it) two major things disregarding the release date and other stuff:

I think that’s the two major points we need to know and you should be as transparent as possible about.

More factions sounds really nice but really shouldn’t be priority at the moment! Resources and time would end into designing and balance new civilisations which are definitely needed elsewhere especially at the beginning of development. At least that’s my honest point of view.

Also, please, look at the titans regarding “cartoonish” I don’t know they feel pretty cool playing wise but design wise they are extremely cartoonish you can’t argue with that.

I am a simple person with simple needs. All i want to see is the game using the same visuals as the original but making them much more detailed and higher quality (for example aoe2 de). I want to see quality of life changes like in age 2 de and being able to zoom out of the map. All this I already expect from the game, but what I don’t expect but still want to see is variations of already existing myth units, for example melee trolls (this i really want). I also want to see events and new earnable skins for units. Thats all I want. Thanks for listening!

#IMPORTANT#
Visual upgrades on myth and human units based on the upgrade like in this mod: 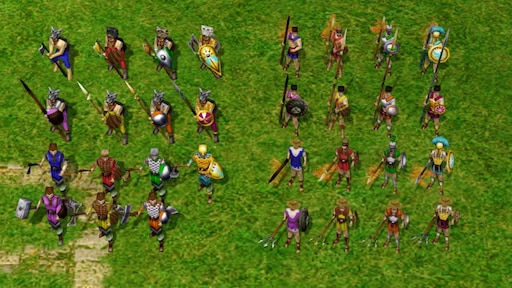 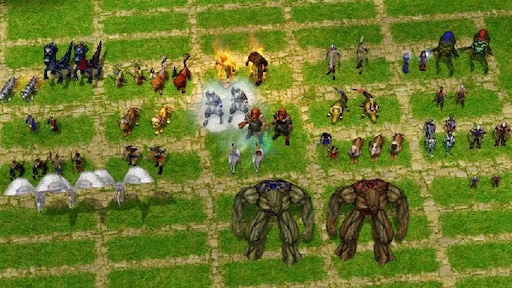 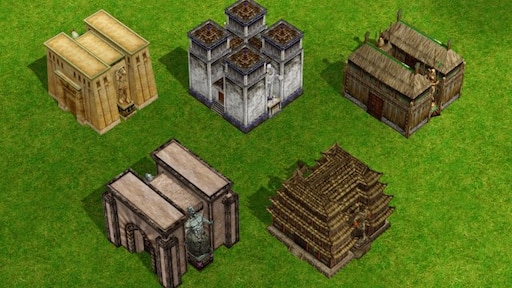 Steam Workshop::Citadel for All Civilizations 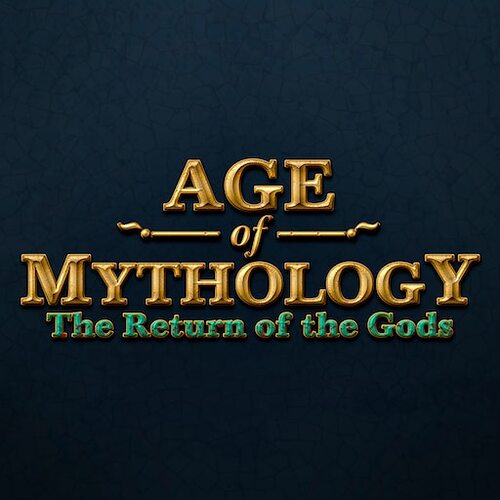 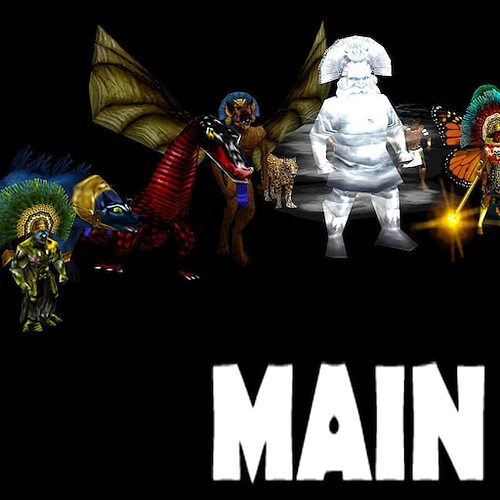 Please give this game same treatment how AoE 2 DE got / get and AoM R will be big sucess too
and important too, keep the art style changes how you did with aoe 2 de. same looks but in UHD

I would love to see Microsoft be ambitious and embrace the “Retold” part of the name. Being faithful to the original game can be good in some circunstances, but it also limits creativity and room for improvement.

In my opinion, age of mythology has more potential to appeal to the larger public than age of empires (I love history myself, but also recognize it’s not for everyone), so if I was a dev, I would go all out with this game to bring in new fans and revive the IP. I’d certainly use a lot of the previously established features and mechanics, while innovating as much as possible. In conclusion, I’d prefer AoM Retold to be more of a remake or even reboot, rather than just a remaster. Also, I feel like a Hindu civilization would be incredible.

But seriously get people how liked the original AoM to work on it and not new guys with no clue about AoM. Also sure try to add some new content, but if it’s really a Retold it should contain all the old content very faithful and polished. New Content can always come later with DLCs. AoE 2 DE is a good example how to do this stuff.

I would also like that you include another kind of mythology like the arturian. the old ones like chutulhu, the angels and demons, celtic hindu, maya, etc.

Maybe even Ainu, I’d even accept that mixed in with Japanese as long as you clarify what is Ainu and what is Japanese lol

I would love the Celts with some of the features taken from the Celts in AOEO. Also, Hindu mythology would be sick.

I would like to see in retold some sort of “city leader unit”, like the explorer in age of empires 3.

Co-op campaign. Aom has the best campaign in the series and I think it would make for an awesome co-op experience, especially seeing how well done they are on aoe2 and 3. Me and my homie are really hoping for this.

Sorry but AoM was kind of “cartoonish” too and also quite bright for as you say a “historical game” which AoM wasn’t really completely.

It looks cartoonish today cuz of the engine limitations.look at how cartoonish aoe3 graphics in the vanilla were and how good they look now.