Which factions do you think should be added to East Asia? (second edition)

Second poll, how many factions do you think should be added to this region?

So, last month I did two polls asking which factions the community wanted to see added to South and “West” Asia in the game, and I said that I planned to did another one for the Eastern part of the continent (including both the Far East and South East Asia). Now, KarstHillFort77 beat me to it with his own topic that you can find here. It was a great poll which probably necessitated lots of research (There are a few options that I wouldn’t have considered myself) and so for quite some time I thought I wouldn’t need to do my own poll about this matter, but I had to change my mind.
The first reason is that we didn’t use exactly the same method. The lack of neutral options and the absence of a secondary poll about the number of faction to add to the game didn’t really satisfy me, not mentioning a few possible factions lacking from the poll. Considering I plan on gathering all those datas later (after a few additional polls for other continents) to discuss about the game’s future, I’d rather not use polls made by different people with different methods.
Second, far less people answered to his poll compared to mines, and it also received less answers by post. I found it odd, considering lots of people are asking for the addition of new factions in this area, so I thought maybe there was a reason why this topic received less attention and I should create this one just to be sure.

Now, a few additional precisions (which is some cases are a repeat from the other times):

I nearly missed it, it’s more inclusive than mine.

I feel that Javanese, Balinese, Sundanese, and Borneans are already represented by the in-game Malays, so chances of them being introduced as new civs are quite low. On the other hand, Moluccans and Visayans still have their place.

And also I feel that Lanna, Lao, and Shan can be represented by a Siamese/Thai civilization, so we only need to introduce one civ for them.

The Mon can sort of be represented by the Burmese and the Khmers.

And also, the identify of the Nanzhao ruling elite is still controversial. Some say they were Bai whereas others say they were Yi or Dai. That’s the reason why I name them as Nanzhao in my post instead of Bai. They definitely have their place in this game, they fit the AOE 2 timeline perfectly, and had existed long enough as an independent polity separate from the Chinese.

Since the vote is only limited to 6 choices, I cannot pick every East Asian civ that I want AOE 2 to introduce. But if I were to pick a complete list, I would pick:

Yeah, I saw people ask for a Malay split a few times and was not sure what they were asking for, so I went a little bit overboard. I cartainly don’t want to see all those civs in the game, and I guess Acehnese and possibly the Makassarese can be covered by the Malays as they are. Actually, I’m not convinced Moluccans need to be in the game either, but I don’t know much about them. Visayans, however, should definitely be in in my opinion.

I also think Lanna, Lao, Shan and Siamese could be grouped in the same faction (which in this case should probably be named Thai to be more inclusive). I just thought I should try to cover as many bases as possible. Anyway, Thai should definitely have been present in Rise of the Rajas and I hope the devs can fix this at some point.

Regarding the civs coming from China, I think Tibetans and Uyghurs sadly have the disadvantage of posing a risk of having the entire game banned in China. I’m not saying it would necessarily happen, but it’s a bet the devs may be unwilling to take, not necessarily unwisely. With them probably out of the way, I think the Jurchens are probably the priority and I suspect they would come together with either the Tanguts or the Khitans, both because all three of them had huge empires which at some point rivaled with the Song, the Mongols and each other for supremacy over China (or Central Asia regarding Khitans vs Mongols), and because they all already appear in Gengis Khan’s campaign. I don’t know much about Nanzhao and Dali, but I’m not sure they could compete with the other three in terms of demand.
The Gökturks are a special case, arguably they are the ancestors of three already existing civs and the devs already received a lot of crap for having several civs who didn’t make it out of the Early Middle Ages. That being said, the fact that they are still represented as Turks in the Bukhara historical battle despite the addition of the Cumans or even Tatars and the fact that they are poorly represented by a civ with a high focus on gunpowder may suggest that they are already planned to appear at some point. To be honest, I don’t know wether I should expect to see them anytime soon. I would certainly be glad if it were to happen, but at the same time I think there are probably other Turkic people who should be split from the Turk umbrella.

Yes, Tibetans and Uyghurs are unlikely to be included in the game due to political reasons. I don’t think the devs want the game to be banned in China. However, the Tibetans can be somewhat represented by the Tanguts, whereas the Uyghurs can be somewhat represented by the Gokturks, and those two civs are fine to introduce without any consequences. And I don’t think the existing Turk civ can accurately represent the Gokturks or any other Eastern Turkic peoples, since it represents specifically the Seljuks and the Ottomans.

Regarding Khitans vs Jurchens, I’d like to pick the later over the former, cause Khitans can sort of be represented by the Mongols, whereas no existing civ can represent the Jurchens.

As for Nanzhao, they should be in the game, and for several reasons. First is that their time period fit perfectly into AOE 2, secondly they had interacted with several existing civs such as Chinese, Vietnamese, Burmese, and Mongols, and thirdly they can represent the various Non-Sinitic ethnic groups that had existed in Southern China, such as Yue, Man, Li, Raeu, Bo, Yao, Miao, etc. Instead of introducing a bunch of civs, Nanzhao can sort of cover them all. Therefore I think a future DLC about East Asia could have these 4 civs: Gokturks, Jurchens, Nanzhao, and Tanguts.

I don’t know that much about Moluccans either, other than the fact that they had fought with the Spanish in the 16th century, if I remember correctly. They could be introduced, but aren’t a necessity. The SE Asian civs that I’d like to see are Siamese/Thai, Chams, and Visayans. Chams can represent Acehnese to some extent, since their languages are very similar, and it’s said that the Acehnese Sultanate was founded by a Cham prince who fled from the Vietnamese conquest.

Considering the last two dlc had 2 civs each, I’m pretty sure 4 civs dlc’s are a thing of the past, sadly. I would rather bet on one dlc for northern China with the Jurchens and Tanguts, another one for Central Asia with a combination of two factions between Khitans, Gökturks and Afghans, and maybe Nanzhao would be grouped together with Thais while Chams would come together with Visayans? It’s still very optimistic, though, especially if the saying about the game only having 9 remaining slots is true.

I must denounce you to the CCP because you want to add tibet 、uyghurs、nanzhao and jurchen in order to split CHINA.It is a serious political problem.

Fortunately for me, there is no war in Ba Sing Se.

I don’t think they put more Asian civs,at most they may get Tamils and Thai and little else…Khitans,Jurchens and Tibetans are not going to put them in or else China bans the game in its territory…the Polynesians (Tui Tonga) is also a possibility if they don’t put the Thai…

Jurchen and Nanzhao arent problematic at all

Are there any buildings that could be used for a philippines civi?

They maybe could share with the Polynesians, but most probably thr current East Asian architecture is the best thing we have for them.

SEA buildings set would also work,main problem would be finding a wonder and leader names.

SEA buildings wouldnt really work when the architecture includes so much stone. The Japanese-inspired buildings of the east asian architecture fit much better

A torogan (lit. 'resting place' or 'sleeping place') is a traditional ancestral house built by the Maranao people of Lanao, Mindanao, Philippines for the nobility. A torogan was a symbol of high social status. Such a residence was once a home to a sultan or datu in the Maranao community. Nowadays, concrete houses are found all over Maranaw communities, but there remain torogans a hundred years old. The best-known are in Dayawan and Marawi City, and around Lake Lanao. A torogan is elevated abov...

Tibetans and Jurchens are the only ones with empires that are still not covered by the game by a civ or an umbrella civ.

Thai because they were strangely missing from the Rise of the Rajas expansion.

I do not think we need more from this region imho. Thanks.

Eh theres plenty of very culturally diferent kimgdoms in east asia that could be added. Compared to Europe, Asia in general is super barren.

Either way, I prob would choose these three civs along Gokturks as the only civs with high priority.

The wonder is easy,they would be the moais of Easter Island,built between 700 and 1600…and the leaders would be the kings of the Tui Tonga empire from ʻAhoʻeitu (900AD) to ʻUluakimata I (1580-1600) ( Tuʻi Tonga - Wikipedia);and then the following kings,especially the last,Laufilitonga (1797-1865) can be mentioned or even be leader of a Polynesian civ in AoE 3 DE… 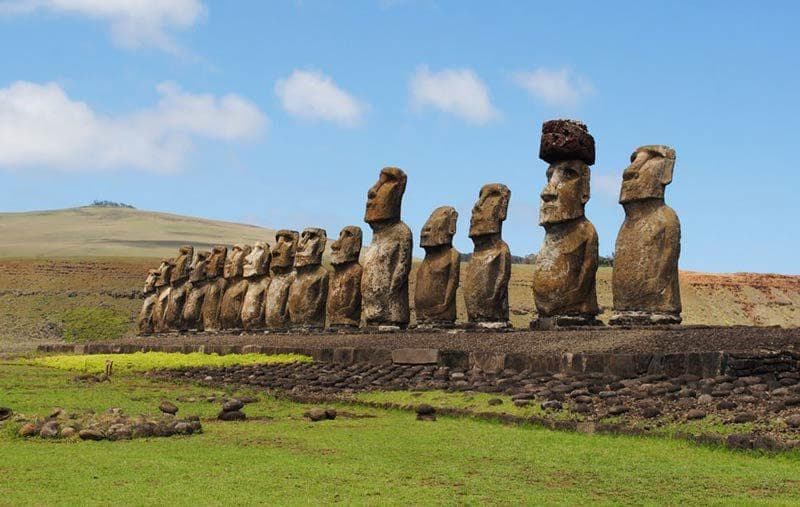 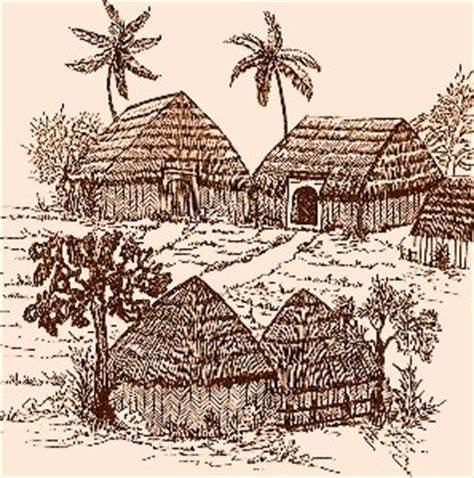