Why Korea should be in AOE3 De

Korea and Vietnam were minor nations, in this timeframe.

Korea yeah, but Vietnam was an impressive empire. 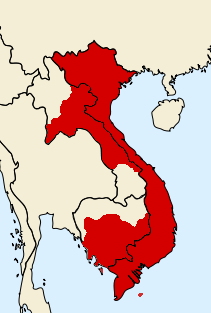 Speaking of Vietnam I find it really strange that there are elephants on the indochina map. 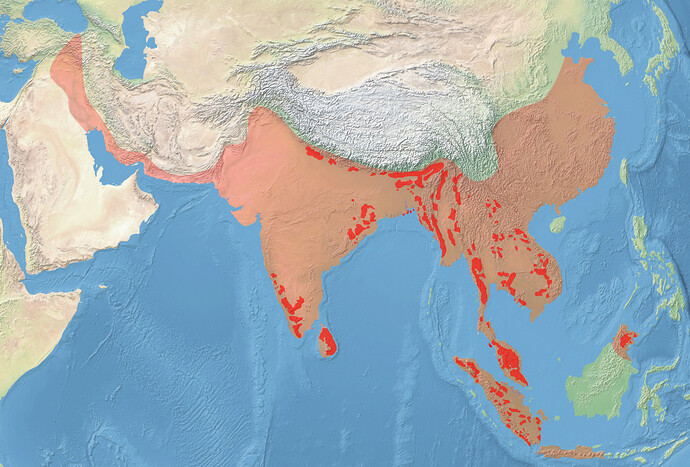 distribution of elephants, (dark red currently and pink historically) according to Wikipedia.

seems reasonable that there would be elephants in Indochina.

There have not been Elephants in the Middle East or that far up North in Asia, for thousands of years, however.

To be fair, I’m not really sure why Persians (Afsharid/Safavid) should be there. I’m quite surprised why the Indians don’t have some relations/consulates with Persians. I hope we get to see Persians in the future in AOE III: DE part of an expansion.

Koreans shouldn’t be in aoe3de as a major civ:
-Imjin War is already covered by aoe2de
-They lost to Qing badly, so they became a tributary state
-200 years of peace happened after the Manchu invasions

there is this nice subject about Persia here:

I just want to thank all devs of AOE III DE for their glorious second expansion (African civs) . I hope you continue to support this great game in next year (2022) with adding more civilizations & content. I summarized the information about the persian empire in AOE III era for devs & fans . Hope to see them in AOE III DE in third upcoming expansion. Persia [1280px-Safavid_Flag.svg] [1280px-Nadir_Shah_Flag.svg] [Flag_of_Persia_(1665).svg] [1280px-Flag_of_Agha_Mohammad_Khan.svg] [Persian …

There’s not enough history to justify a Korean DLC, they are never mentioned.

“A board 1.6 m tall and 10 cm wide was used as target and placed sixty steps from where the shot was fired. Out of the two hundred musketeers, forty hit the mark during the first drill and sixty-five during the second. The Koreans shot three rounds during the third practice, 123 hits in total with two musketeers scoring all three times and thirteen scoring twice. Calculating an average with results from these three drills and two other ones that took place during the expedition, the Koreans scored an average of 25% accuracy, with the highest rate being 32.5% and the lowest 20%.”

That’s with primitive matchlocks. Korean musketeers SHOULD be absolutely ■■■■■■■ lethal, but I have no idea what the niche for them is now since we have “Cavalry tarpit = Ashigaru”, “High base stats but kinda boring = Sepoy”, “disgustingly good but equally disgustingly hard to mass = Maigadi”, “kiting specialists = Regular”, “Not actually musketeer = Gascenya”, “This unit exists = Cruzob”, “Broken, I’m sorry = Soldaldo”. Maybe Korean musketeers operate like Caroleans. Same multipliers (esp. countering cav at range), but they’d have the standard 4.0 speed of Euro muskets and deal like 21 ranged damage and have ranged resist of like 30%? basically “stand there and don’t die”. This unit should not be named Pyolgigun as WoL does, but Daeduyin or Hullyeondogam. The other infantry should just get name changes: Myeonggung is fine, but Dangpa spearman should just be “Pengabaesu” and the fire lance should be the rifle-toting Pyolgigun skirmisher. Perhaps a shock infantryman or a Rodelero equivalent named “Sallsu” armed with a sword works too.

Wars of Liberty’s a good starting point, but the Korean military of the 1600s and 1700s leaned hard into excessive gunpowder unit spam, a mediocre Dragoon unit: “Hugabsa - cavalry armed with a Dutch matchlock that trades damage for hitpoints” that works like the State Militia does might be okay vs the cav archer WoL uses. The Iron Flail should remain unique to China, Korean heavy cavalrymen would probably have opted for the Woldo instead–a polearm that literally was made to deal area damage like the AoE3 halberdier does. This hussar-type should trade HP for sweep damage–operates like a slightly tougher (but still frail) Uhlan.

they could just not be musketeers but instead more similar to skirmishers, AFAIK the korean army still had a sizeable force of other units suggesting we still aren’t really talking about line infantry.

Wars of Liberty’s a good starting point, but the Korean military of the 1600s and 1700s

the thing is Korea was relatively at peace in this periode, also clearly still behind most Europeans in the adoption of firearm, korea from what i recall struggled to hit the wanted number of gunners in their army despite serious efforts and being more or less at peace for centuries on end.

if a korean faction was added it seems likely they would be focused on the imjin war where korean firearm adoption was quiet behind esp japan.

How to make this civ different… maybe this would work!

Musk (weaker melee) and archer (I like the low attack, fast rate of fire, low hp high resist), and even pike (lower Hp but more multipliers vs heavy cav) all have range resist, making it weak to melee attacks.

Yet their heavy cav will have a strong melee bonus. to form a strong melee wall. yet be weaker to range fire. (maybe even a bonus vs heavy inf, but not as strong as lancer vs all inf) do any of their melee weapons possible do range fire? (when was the last korean war chariot seen?)

Archer cav weaker than cav archer but can shoot while moving. or has 2 extra range (not directly behind, but in 180 degree arc)

adds 5-10% armor to switch from range or melee

economic wonder, that is a large farm/ rice paddy, that 20 vils can gather on that has additional upgrades

weak tower/ shrine, pagoda wonder maybe limit of 5 that also increase armor 5-10% in small radius (acting like monks or teepee, but effecting armor and being a more expensive building that is not as easily offensive, more defensive.

Sorry for the late reply but the game doesn’t exactly address the internal inconsistencies, divisions, and issues of certain countries or cultures–for Christ’s sake, in the case of things like Mexico’s Cuirassier shipment or Italy’s Merchant Republic shipment, those things BENEFIT the player!

Let it not be said, especially, that Korea’s king Hyojong of the late 1600s was no pacifist. He only saw the current period of peace as a military buildup lull; had he lived a decade or two more and left a stronger army and cleaner government (quite likely the central modern army he was building would have been used to bludgeon the aristocracy and yangban into compliance) to a less aggressive son, they’d be much better off. Just so long as he didn’t take his 80-thousand gunmen or so and try to beat the crap out of Kangxi and the Qing…

Well. Maybe. Any actual fixes to early modern Korea have to start during the Yuan/Ming transition and finagle a hardline (and I do mean the most militant possible) Buddhist faction into becoming top dog of whichever dynasty ended up in charge after the Ming and internal dissidents toppled Goryeo. This paradigm would have had to hold until at least 1630, but I’m getting off track.

There were clear paths towards Korea emerging as a true gunpowder civilization of Asia, alongside Persia, India, and some of the SEA states. Things out of their control, primarily the wrong people getting hit with poorly-timed bouts of lethal disease just kept the right changes from coalescing.