You were dropped from the game because of a sync error

I’m playing a multiplayer game with some friends against computers. We usually play 2v5 or 2v6 and at least 80% of the time the game seems to quit midway through and we get the following error message" You were dropped from the game because of a sync error. Your network connection may have been lost." However our internet connections are fine so it’s not that. 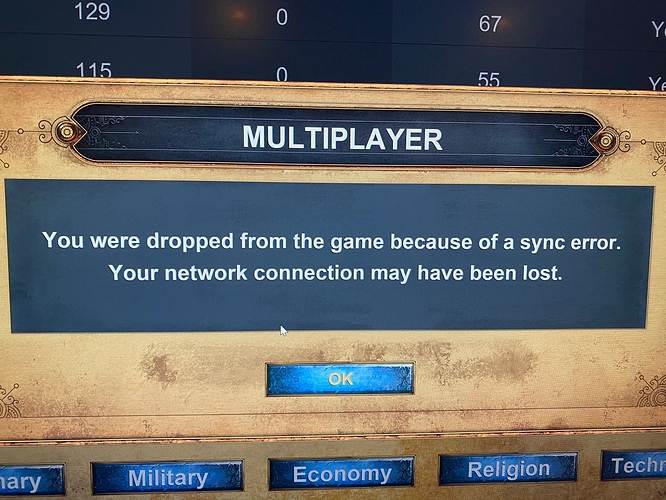 For me the same yesterday

same for me, almost every game nowadays… play 2v6 and 3v5 a lot and if we survive the initial onslaught it crashes mid game quite often during the large battles

Yeah, mine was also 2vs6

Thanks for the report splittle!
This is now being tracked.