1 year of DE: What would you like to see changed/fixed?

AHHHHHHH I just want that!!!

What’s the point of taking them in consideration for maps, balance and representation when they are never used ? Not only reworking legacy natives but actually designing a way to make them usable.

It’s been over 15 years! The last time I saw a legit good change on that, was when they reduced the cost of TP to 200w (from 250w). That was over 10 years ago and we still have not moved towards it.

@M00Z1LLA and I proposed two good ideas of either:

As I researched Mexican civilization, I started to get some ideas about the mechanics of revolution.

I’ve posted the details in another thread.

I think the answer should be yes. In the beginning the revolution mechanics aimed to be a compromise to represent the late emerging nations that rebelled against European civs. Now with the complete introduction of these 19th century nations, not only the revolution mechanics need changes but also do the old European civs. For example, the US and Mexico revolution should share same or highly similar features to their own civs. Their current look far from their civs’ flavor. If the player use t…

Basically, I would like to have the US and Mexican revolutions share the same units and similar mechanics as their own civilizations. Then, I thought it would be necessary to do more with the look and graphics of all the cowboy-like units to make them more distinguishable. Finally, I hope that every European civilizations can have 5 revolution options, which is not only fair but also brings some new opportunities.

I dont like civ techology trees. I dont understand clearly units, buildings, updates. They are confusing. I hope tech tree will be reworked and made like Age of 2. I like age of 2 tech tree.

The revs need a rework.

I think revolutions could work as an alternate start with its own customizable deck.

For example Germany has the following revolutions. 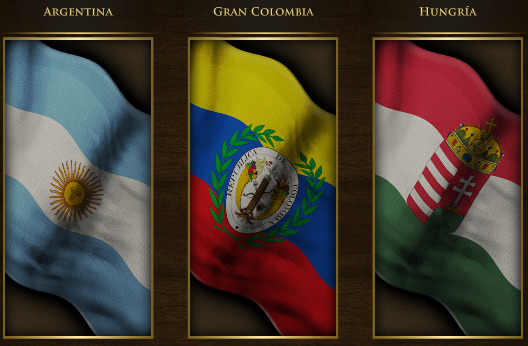 If we decided to start with Argentina, for example, we would receive a settler cart and 2 half-fattened cows.

Unique units like the Argentinian Grenadier would unlock at the fifth age equivalent which would cost and work the same as the original revolution, temporarily killing your economy and giving you a military boost.

PS: I leave it to everyone’s discretion if the revolutions should be permanent or reversible.

all bugs like explorer dont build trade post , instead it only stares the infinite.
devs just cant fix this game.

I leave it to everyone’s discretion if the revolutions should be permanent or reversible.

They should be reversible. Disadvantages compared to Mexicans:

Reversible revolution should be the own feature of the Mexicans, should not be shared with others.

At following, I just copy my text from the link I posted above.

For example, the US and Mexico revolution should share same or highly similar features to their own civs. Their current look far from their civs’ flavor. If the player use the British/Dutch/French/Swedes to revolt to the US, it should share many US units and features just like the Texas revolution of Mexicans which has Regulars, Volunteers, Marines instead of Redcoats, Ruyters and Hakkapelit. Likewise, if the player use the Spanish to revolt to the Mexico, it may be able to use Padre, to build Hacienda, to train Soldado and so on to improve the consistency of the Mexican theme.

Secondly, to the revolution mechanics themselves, I suggest to make them available in the fortress age, 1 age earlier. It can use the revolution as an aggressive rush more easily. If the player does not want to wait and choose to revolt just in the fortress age, it would cost cheaper than in the industrial age but also would supply less benefits, such like making some powerful cards unavailable or giving less military units and resource crates. They still cannot return to the original European nations after revolting so the fortress age revolutions will be a more risky, courageous and powerful tactic.

Another problem is, the revolutionary new civs are obviously focus on the 19th century, while many old civs are still stuck before the 17th century. In addition, compared with the new civs, the old ones present insufficient cultural and historical characteristics and accuracy. These are quite the issues that need to be dealt with. Some innovations to old civs are more satisfying to the community than introducing new ones. For example, the British should have the opportunity to put down their longbow and pick up their rifle, the traditional Turkish composite bowmen should be the archaic unit at Ottoman barracks, the Chinese and the Japanese should have a way to acquire the own modernized military units in the late game, etc. These issues also bring weird experiences to current revolution mechanics, such like the US use longbows, while the Mexicans use lots of pikes and crossbows. Even be the opponents, the Mexicans’ use of advanced firearms to defeat the Spanish rulers with archaic weapons is out of place.

Also, too many revolutionary nations have cowboy-like units, and many are based on Comanchero’s module and icon with only minor differences in appearance, such as Cowboys, Vaqueros, Gauchos, Llaneros, Morochucos, Jagunços, Californios, and Cuatreros. These units should get new modules or be redesigned with obvious features such as changing horse colors or unit skins, as they are too inconvenient to identify.

Finally, I want every European civ to have 5 revolution options, so many civs will get new options.

Replace Hungary and Romania for Bulgaria and Yugoslavia (or Serbia).

I aim to add new options to make every European civ has 5 options fairly. Mass changing existing options is not my goal and seems unnecessary.

Having options based on a complete or minor civ can save development costs. For example, the United States, Mexico, potential Poland and Italy (Venice) can be used as complete civs, and Sufism (Indonesia), Berbers (Algeria) and potential Kazakhs (Kazakhstan) can be used as minor civs, so there is no need to change. I also don’t think Hungary and Romania need to be completely abandoned. It is a clever design to have shared options between various European civs, which not only saves development costs, but also hints at the historical connection between those countries.

Also, People don’t want Eurocentrism. There is the European options simply because some European civs had no suitable colony to be an revolutionary option, like Russian, Swedes and Germans. The only change I agree with and made to the old option was the Argentine Revolution for the Germans, since Argentina was never ruled by Germans, but Gran Colombia I think is a reasonable option, we do not have to abandon it.

"Argentina’s availability to Germany might be odd at first glance, but it is actually a reference to the German Argentines ". According to the wikipedia article German Argentines, the German colonies (colonias alemanas) are first founded in the province of Buenos Aires in 1827, 11 years after the independence of Argentina. Perhaps the developers, keeping Argentina as a revolution option for the Germans in the Definitive Edition , made a reference to Ulrich Schmidl, a german Landsknecht who served on an expedition of Pedro de Mendoza to the Rio de la Plata (today’s Argentina) and became a founder of Buenos Aires in 1536.

reference to the German Argentines

Immigration is not a sufficient reason.
Otherwise, the United States could have several options for revolution.

the German colonies (colonias alemanas) are first founded in the province of Buenos Aires in 1827, 11 years after the independence of Argentina.

At that time, the Argentina was already revolted and independent.
Strictly speaking, I think those are still immigration. Perhaps they do not been recognized as colonies officially since they did not obey Berlin, otherwise they should have been featured on the Wikipedia page about German colonies.

We never regard Chinatowns scattered around the world as colonies of the Chinese, right?

Yes,even when a European dlc comes out, correct it and put that the Germans can be revolutionized in Prussia and Austria …

that we could see the tooltip even when developing tech, instead of only name of tech 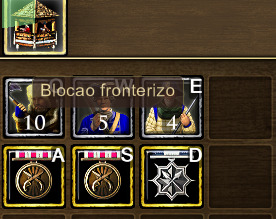 this helps to decide if we cancel tech or no

to see the damage that lateral atack ships do
i dont understand how this 30 — 0.05 rate of fire deals 372 damage 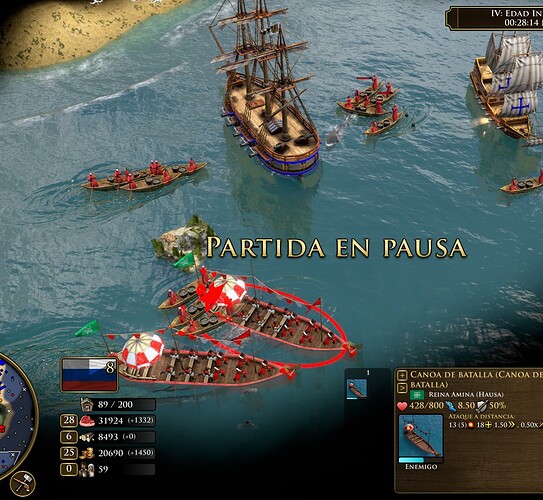 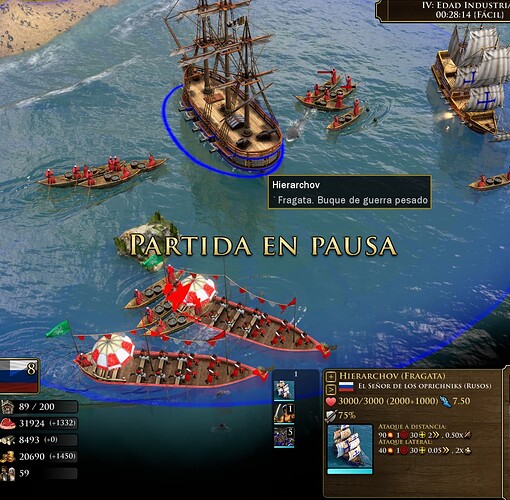 i think its because the ship has 5 cannons, so it deals 40 x 5 (number of cannnons on ship x 2 (bonus versus ship = 400, but thisi s not shown understable on

help!
I need to select (all infantry but no hero )with one key
how to write this key in user.con?

Separates the hero from all infantry, selection square to all infantry, click shift+1 and ready…when you select 1 you will be selected by all the infantry of the control group you put in…

Thank you for your answer, but it is too complicated to operate this way every time