Portugal never really used a lot of Cavalry, or had well renown Cavalry regiments, as the geography did not allow it. Dragoon cards also make much more sense for the British, which had their Mounted Grenadiers.
Though Pikemen were used, it was mostly for continental warfare, while Halberdiers were much more used in the Colonies, since the weapons are much easier to tranport on ships, than the very long Pikes.
It would also be interesting to have another Euro civ, besides Ottos and Russians, that does not have Pikeman.
Having a core of Age 2 and 3 upgradeable units + the Falconet, would also encourage Ports to play the earlier Ages.

-Remove Organ Gun, replace it with Falconet, give OG to the Brits, as they lack Skirmishers and it is their weapon in the first place.

Really makes no sense why Ports have an English weapon from the 100 Years War, but since Brits already have Longbows, it would fit them a lot more.

This is a historical reference to the Siege of Oporto, when Napoleon’s legions surrounded the city, and gunpowder run out, the defenders opened the aging Medieval Arsenals and used Crossbows to great effect, fully managing to keep the French out, until the British disembarked the relief force.

-Replace several Mercenary shipment cxards with more appropiate African, Indian, Chinese and Japanse units, instead of the muslim units that Portugal did not actually employ. Remove Barbary Coast Revolution from Portugal, and give it to France, which at least controlled Algeria.

A lot of these are plain wrong. Portugal fought the Mamelukes and Barbary Corsairs, not ally them.
Instead, Portugal used numerous mercenary forces from elsewhere in Africa and Asia.
Replacing Mamelukes with Mahouts, and Barbary Corsairs with Ronin or Rattan Shields, would be much more accurate, and clash a lot less with what other Euro civs get.

This would actually make Portuguese Logistician a choice for long term games, be historically referencing to a good degree (early adoption of Breech Loaders, alloyed ammunition for cannons, gunpowder overcharge for extra Range), and cover for Ports lack of Ship stat cards.

wtf did you mistook this game for a 100% historical accuraccy representation? I’m pretty sure there are more than 999 inaccuracies everywhere and it doesn’t matter to a lot of us, we just want to play a game with no bugs.

ôrtuguese design is not only wrong from a historical perspective, but also very gimmicky, so I am trying to solve both.

Nowhere have I ever demanded for full historical accuracy, but if it can be used to make the game better, it should.

The current Portuguese are more like British with a Mediterranean build set, than actual Portuguese, and this game already made changes to respect the History of several peoples, specially when it improved the gameplay.

Portugal is perfectly fine how it is

On other threads, people disagree, and are crying for sweeping nerfs.
Portugal is super gimmicky, and has to do weird FF into Caçadores + Dragoons, or Fast Industrial, both of which are grossly OP.

I like these suggestions. It’s a hell of a lot better than 300 reply threads arguing over what needs to be nerfed and how to go about doing it. Actually valid suggestions that get us thinking.

I like these suggestions I don’t see a problem in trying to make the game more accurate while making it more fun, that’s not mutually exclusive…

But that would require a massive amount of redesigns, I don’t think it would be possible to pull off correctly, sorry.

All the suggestions I posted, would require minimal stuff, most of it is already in the game.
The only “new” things, would be the Old Arsenal card, and stat cards that affect both Crossbowmen and Halberdiers.

-maybe remork the besteiros from the church card that is rarely used with Ports?

There is no point in using Besteiros, because you get stronger Ordinance Besteiros, for much cheaper, with Papal Guard.
I suggest removing Pikeman from Portugal, and replacing Besteiros with Quadrilheiros Reais, which gives you 24 RG Pikemen, instead.

-pls no plus one range on culvs u know how OP that can be in culv wars?

Not at all OP. But maybe instead of Logistician giving +1 Range on Culvs, it could give it on Crossbowmen instead, so you get teh full benefit in the Colonial Ages (+1 Range to Crossbowmen, Musketeers and Caravels).

the old Arsenal card sounds really bad tho, so it basically gives me a 250 w Wagon and then i can train bows at the same speed and price instead of making vills? Yeah no thanks

You get an Arsenal in Age 1, and then can make Crossbows from your second TC in Age 2, it sounds good to me, you will still want a Barracks or stables just so you do not get killed by Hussars.

While I do like your proposed changes, I don’t think changing the unit line up the Portugese currently have is a change the devs would be willing to make.
We probably have long ago passed the point at which such drastic changes could be made.

Perhaps the Portugese could get some new cards to promote Pikeman play as opposed to replacing it with the Halberdier? And a change from the RG dragoon to a RG Pikeman? It could use the Aventureiros name you suggested.

Aventureiros (Adventurers) were a Royal Company that went on Ships, and used halberds and Black Swords as their main Melee weapons, because Pikes did not easily fit on a boat, and you cannot really fight a boarding action with them, very effectively.

Also, Ports already have Halbs, just changing the RG from Dragoons to Halbs, and introducing Age 2 and 3 Halb + Crossbow stat cards, instead of the Cavalry stat cards, would basically do it.

I need to play the Portugese more I guess, I didn’t even realize they had Halberdiers!

Also, Ports already have Halbs, just changing the RG from Dragoons to Halbs, and introducing Age 2 and 3 Halb + Crossbow stat cards, instead of the Cavalry stat cards, would basically do it.

It sounds like a reasonable request. But we can only guess how far the devs are willing to go with changing the existing civs.

EDIT: I’d like to see those mercenary changes though… and not only for the Portugese.

I don’t usually agree with you, but I think this would be a good direction to take the Portuguese. As they are, they’re rather bland and don’t seem to have a distinct identity, as well as a weird mix of units that don’t really reflect their history.

This is a historical reference to the Siege of Oporto, when Napoleon’s legions surrounded the city, and gunpowder run out, the defenders opened the aging Medieval Arsenals and used Crossbows to great effect, fully managing to keep the French out, until the British disembarked the relief force.

the old Arsenal card sounds really bad tho, so it basically gives me a 250 w Wagon and then i can train bows at the same speed and price instead of making vills? Yeah no thanks
-maybe remork the besteiros from the church card that is rarely used with Ports?

You get an Arsenal in Age 1, and then can make Crossbows from your second TC in Age 2, it sounds good to me, you will still want a Barracks or stables just so you do not get killed by Hussars.

I do agreed that Colonial Militia needs a rework from Portugal. But well, an Arsenal on age 1 is not particularly helpful as you cannot do units anyway.

I would suggest something like the Minutemen from the United States. Allow Portugal to rally a group of Crossbowman from the Town Center after a predetermined period of time.
Say 8 Crossbowman each 1:30 minutes for 200 food and 200 wood, for example. (Of course the numbers can be tweaked)

But the idea is that the crossbowman can help you defend, and they may even give you some leverage to some age 2 aggression.

I like this idea a lot, let’s Portugal become flexible, since you have the option to use them for aggression, I also think that 200 wood 200 food is kind of a lot considering you have to spend a shipment already so I think either150 food 150wood, or 200 food 150wood wild be better, but I like the idea, I also think the cooldown would be better off at something like 2 minutes or 2:30.

I completely agree with you.

I have said it before, Portugal needs a slight rework to give it more flavour.

Dragoons and Organ Guns were never really a thing.

I would also suggest changing the Explorer a bit, giving him a melee weapon and a bonus to buff his troops.

After all they were Knights, military leaders, and honour and polishing their reputation could only be achieved on the Frontlines, with a sword (usually Montantes or Halberds) not with a gun on the back. 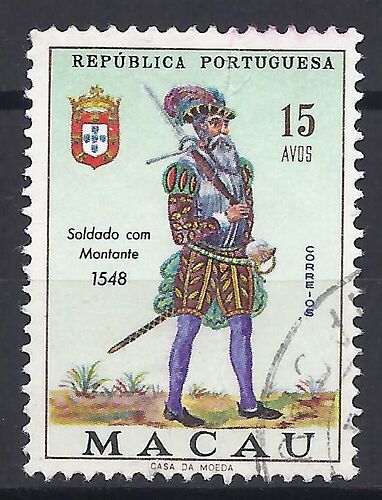 I mean, Ribaudequins surely are much more a British thing than a Portuguese one… But Portugal did not used Dragões?

I’m Brazilian, and I might be saying wrong stuff, but I’m quite sure that Dragões where heavily used on historical battles fought here, and they originally came out from Portugal.