Units do not always start attacking when conditions are properly met in order to do. That is:

2 Likes
POLL: Which campaigns need the most fixing/revisions?
AI does not always fight back/automatically attack its enemies (+ doesn't run away)
SlenderBadger98 October 7, 2021, 5:15am #3

These bugs are a particular concern to me, as I don’t recall experiencing them in former builds of the game.

I haven’t this bugs, except sometimes with the villagers.

There is a chance that they only happen during the campaign, though I cannot confirm that.

I did not encounter the bug there either. Probably luck.

After landing my military units on enemy land (Voices of Babylon campaign, scenario 2 “Tigris Valley”), none began to attack automatically, even with several cavalry units directly attacking them: 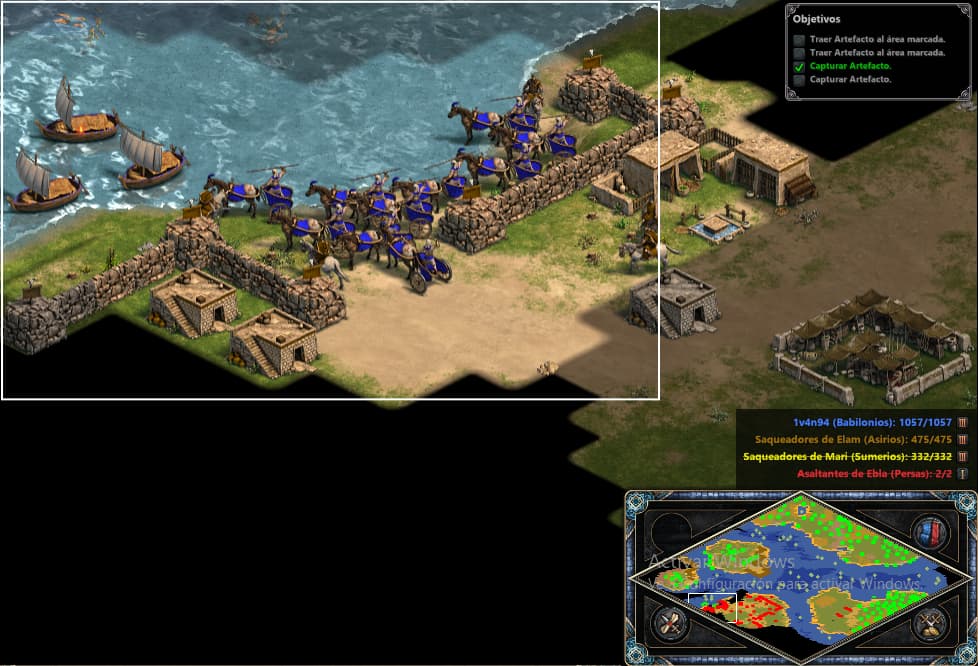 I haven’t this bugs, except sometimes with the villagers.

You mean, villagers not obeying a direct order to attack an objective, or having villagers not getting attacked by military units/towers?

I mean the villager-farm bug.

After landing my military units on enemy land (Voices of Babylon campaign, scenario 2 “Tigris Valley”), none began to attack automatically

Forgot to say this bug happened with my hand to hand chariots.

The most recent time I had this bug was with axemen having enemy priests converting them, without my units doing nothing to counter that. The irony is that, after that, when I tried placing new units next to brown team’s to replicate the issue so I could record the game, mine did start fighting back!

Build 46777 still:
When playing Lord of the Euphrates scenario, I managed to spot a couple of enemy units having this same issue; they wouldn’t fight back! Units affected were chariots, cavalrymen and axemen, though I don’t think it’s limited to unit types.

To see melee cavalry units and others not automatically nor defensively attack their enemies in front of them is really frustrating and sad. Hope this bug gets fixed in a new update.

Hero Caesar ceased attacking automatically, when under attack by other melee (H2H) units - this happened in The Invasion of Britain scenario (AVE CAESAR 2).

Similarly to this bug, military units (such as scouts and hoplites in Third Macedonian war) do not automatically seek alternative routes in order to engage, when ordering an attack move.