Civilization concept: The Kingdom of Hungary

Hi everyone, I present to you (and maybe to any lurking devs for inspiration!) my civ concept for the Kingdom of Hungary. It doesn’t seem to be one of the more popular civs to be added (which is another reason why I chose to design it) but IMO is right up there with HRE and French as influential medieval European nations and has great synergy with conflicts against HRE, Mongols, French to a lesser extent, and potential future Byzantine, Turkish, and Polish civs. Full disclosure: I am not Hungarian, but I tried to design everything about this civ with historical inspiration and I spent way too much time researching it, so feel free to ask about any of the features and why I chose them. Almost no actual numbers are included - just concepts - because it’s impossible to know what would be balanced without playtesting. The design goal was a flexible civ that isn’t necessarily the best at any one thing but can develop in a number of different directions. Enjoy!

Raiders from the East : The Principality of Hungary was established after the Magyars migrated from the East and conquered the area of present-day Hungary in 896. From here they raided western Europe for more than 90 years before a resounding defeat convinced them to settle down. In 1000 the Christian Kingdom of Hungary was formed and grew to become one of the pre-eminent medieval powers in Europe. The civ design reflects the growth of the Kingdom from pagan raiders to a strong medieval Christian European superpower with castles and Knights. The timeframe ends at their crushing defeat to the Ottoman Empire at the Battle of Mohacs in 1526, which resulted in the collapse and partition of Medieval Hungary.

A Multi-ethnic Nation : From its inception, Hungary attracted many immigrants and colonists drawn to its untapped land and resources, especially gold and silver, of which it provided most of Europe’s and about 1/3 of the world’s total production up until the 1490s. After the Mongols devastated Hungary, immigrants drove the population boom. Each immigrant group shaped Hungarian life in different ways depending on their skills. The Immigration mechanic and bonuses reflect this.

Europe’s Strongest Army : In the 15th century, the Black Army of Hungary was a professional standing army larger even than that of France, the only other one at the time in Europe. These professional full-time mercenaries were highly skilled, but also highly paid, requiring massive (unpopular) taxation to retain. This army also contained a much higher percentage of firearms users than other European armies at the time, at 1 in 4. These fought in a uniquely Hungarian way by using a pavise instead of a fork to stabilize their gun, and sometimes borrowed the tactics of the Hussites by fighting from wagons. There is some debate as to whether or not they actually wore black armor, but they are depicted that way in artwork. Because the possibility exists, it would be unique and interesting if they were depicted this way in game. The Hungarians are also well known for their Huszars, light cavalry which was used to harass, scout, and disrupt and was derided by the ‘honorable’ Knight class.

Landmarks slowly (for balance) train immigrants (units). Each landmark can choose to attract different immigrant ethnicities which give different bonuses depending on how many of that type have been created. The same immigrants can be trained simultaneously from different landmarks to speed up that bonus. The goal is to not be able to get all the bonuses in one game but to have the flexibility to choose which ones you want depending on matchups/maps. Initially I had three tiers of bonuses with different bonuses for each but got some feedback that it was too confusing and hard to balance, so now I’ve just included the immigrants’ specialties rather than being specific.

Influence: Buildings within the influence of Mine Shafts increase the immigrant spawn rate. Increases in tiers similar to the Abbasid Golden Age. Only active mine shafts count, to encourage map control and development of ‘mining towns’ around gold mines. Various ways exist to extend influence beyond mine shafts so this remains relevant in late game.

Castle: Defense + Passive bonus VS Flexibility at a cost

Very well thought out! And I really like the game mechanic ideas as well! The immigrant system and mine shafts is very interesting unique quirk.

I’d also like to add that for AoE4, you need to avoid copying other civ’s unique units. Unique units seems very core into Civ identity.
While I agree the Magyar heritage is literally horse archer heritage, and they shud have some form of horse archer. All you need to do tbh is to find an alternate name + give them a quirk that differates them from regular horse archers.

I always thought the Magyar>Hungary transition would be fun to explore in AOE4. They fit the time period well that AOE4 is based in perfectly too.

Thank you! I was inspired by all the concepts you’ve been making. If you could put the effort to do so many, I could find it in me to do at least the one civ I’ve wanted to do for a long time which nobody had looked at yet.

To be honest I really struggled with differentiating the Magyar horse archer. Should it fire while moving? Then it’s a Mangudai. Should it be able to attack both ranged and melee? Maybe OP and more fitting for another civ’s theme. Healing while retreating? We all know what people think of French Knights. Would be interested in hearing other people’s ideas.

Thanks! Thats great to hear! I love seeing more people going into civ designs!
It does help with future ideas and people being able to share Civ designs amongst each other can result into something quite interesting.

and just because I’m an History Nerd and wanting to pay homage to AoE2 whenever I can.

I would have given the Magyar Horsemen acting like horse archer, but added ability to use torch attack against buildings, and maybe even a extra bonus torch damage similar to mongols imp torch upgrade against buildings.
Consider Magyars dervies from the Huns, and the Hun unique Tarkan unit is a type of Siege-cavalry So it’ll be a interesting ranged unit that is able to deal with buildings and towers.

Naval specialty could be “sajka”. When Hungarians fought with the ottoman empire they used these boats at lake Balaton. They were produced by Italians and Germans around Vienna. They were built with quite low-quality wood, so they were weak, and should be a kind of light boat. 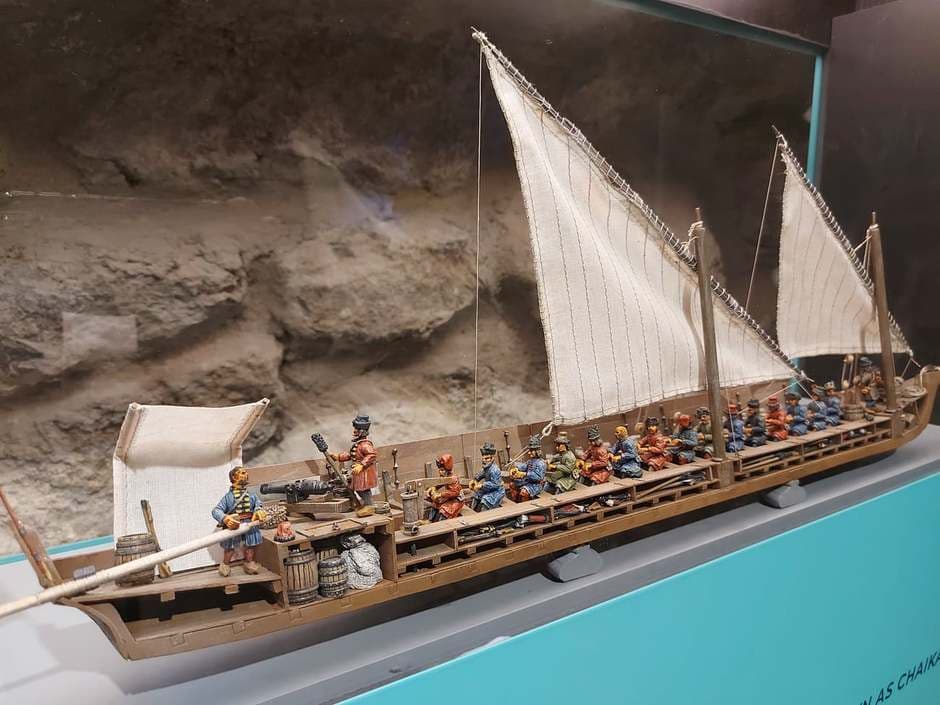 About Horse archers: Horse archers should shoot while moving, and I think they should receive +1 ranged dmg while shooting backward (just for an interesting microelement). That’s nothing special of course, but in Hungarian history, the horse archer based military strategies are famous (it’s called parthian shot, actually most of the nomad tribes used it).

yeah I agree on the part with horse archers.

I am endlessly frustrated how Mangudais are portrayed in AoE.
Having literally 1 tile longer range than a Abbasid Spearman is kinda a joke.
Their fire on the move is extremely useful, and I think its the reason the Devs are so afraid of increasing their range.
I’m kinda saddened that Archers do a better job than mangudais in skirmishing.
In contrast to IRL Mongol, or for that matter, most nomadic tribe Horse Archers were exceptionally good and was able to fire almost as far if not at some cases as far a as a longbow with their composite bows but with extreme accuracy to boot.

Hi everyone, I present to you (and maybe to any lurking devs for inspiration!) my civ concept for the Kingdom of Hungary. It doesn’t seem to be one of the more popular civs to be added (which is another reason why I chose to design it) but IMO is right up there with HRE and French as influential medieval European nations and has great synergy with conflicts against HRE, Mongols, French to a lesser extent, and potential future Byzantine, Turkish, and Polish civs

I pay my respects to your fine research and concept work, Kingdom of Hungary is a legit and worthy civ despite half of launch civs being from Europe. Nice job there with the immigration mechanic.

After an investigation into the subject, it was determined that Hungary was indeed of the strongest and most influential medieval Euro nations. Therefore it was then included in the ‘Fortress of Europe’ DLC (name in its honor) as a candidate DLC in the first realistic, context-based AoE4 DLC poll, welcome to read and vote:

Age of Empires IV is approaching the moment of truth. Perhaps only a timely DLC (with a bit of balancing + bug squashing) could revive an RTS that generated so much hope and expectation after years of waiting. Yes, it can be revived. Let’s be positive. Even more than for AoE II and III, AoE IV DLCs must have a solid theme, because of the deep, asymmetric civ concept (regardless of how well this concept has been actualized so far). A compelling historical context. So what DLCs make sense + are…

In fact, after the ‘Rise and Fall’ civ analysis, I would personally have included Hungary or Bulgaria as launch civs instead of English, if I really wanted 4 European civs.

The reasons are straightforward, the famous Black Army was more unique and much stronger, more well-trained and professional than the English during 80-90% of the AoE4 timespan, and Hungary was indeed the true Fortress of Europe, as well as having many more interactions with world civs than English. Hungary - all alone - defeated the Mongols in 1285, in fact it utterly destroyed the invading Mongol army, saving Europe big time (but a century later, at the great Battle of Nicopolis 1396 ‘The Last Crusade’, an all-European army of 20 nations including Hungary would be annihilated by the Ottoman Empire).

Take a look at the ‘Rise and Fall’ civ analysis:

below before you start reading the epic history analysis. [At The Gates of Constantinople] Year 627 - Classic Superpower Duel…

Decided to update with some pictures

Potential Flag (note that this flag is already in the game files, it is used in the Mongol Campaign)

Diosgyor Castle Before and After

By Varak - I created this work entirely by myself., CC BY-SA 3.0, File:Diosgyor.jpg - Wikipedia 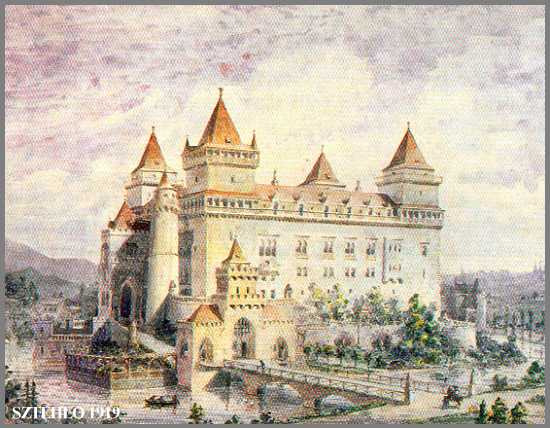 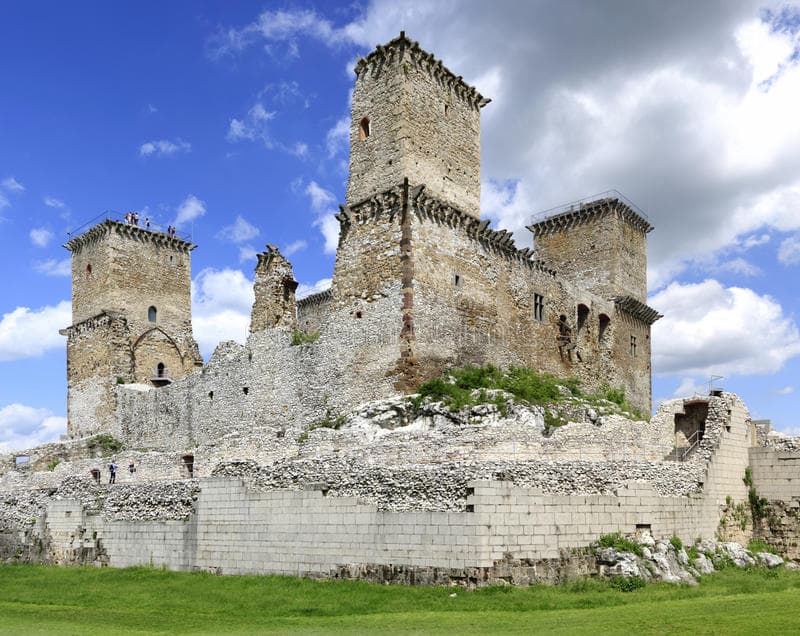 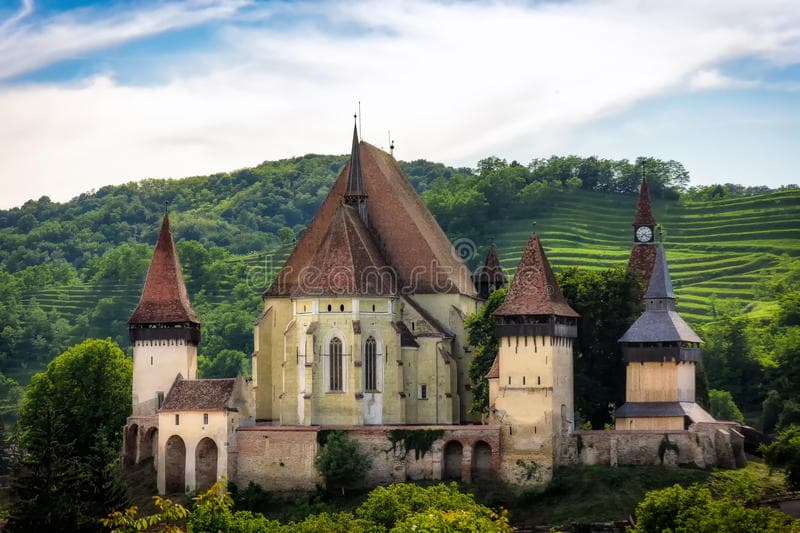 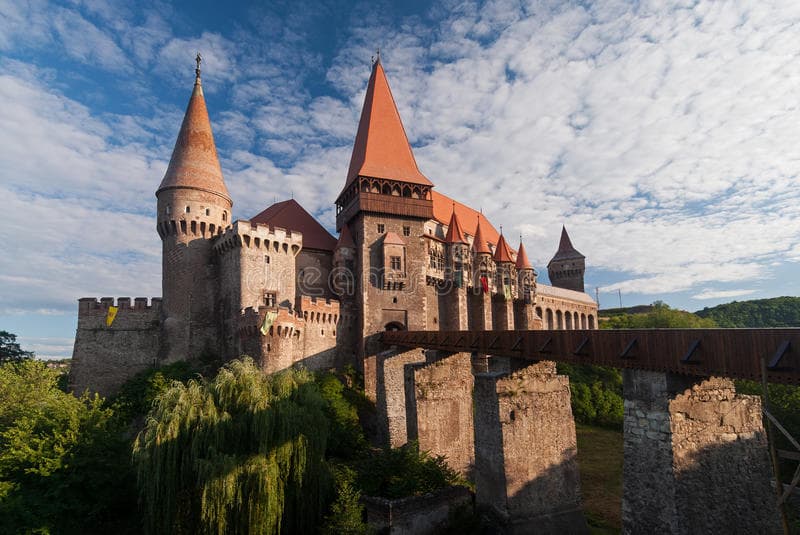 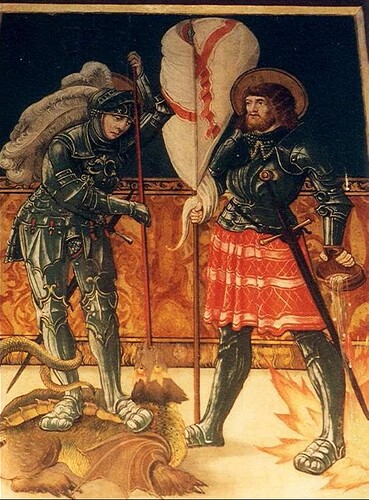