Devs, please add the Inuit and Ainu to the maps they lived on

The Ainu are the indigenous people of Hokkaido, and also lived in southern Kamchatka and northern Honshu. For hundreds of years their language and culture was suppressed by the Japanese, and today there is still much prejudice against them. They could use some representation in the game, especially since their native homeland of Hokkaido is one of the game’s maps, yet they’re nowhere to be seen!

AoE3 could definitely have Greenland with Inuits (perhaps as part of a Danish civ DLC which adds the icy colonies) and with more maps + native post changes tho the problem with Asian “natives” is the limited system which uses religions instead of people.

For Americas there are obvious errors that should be fixed like Zapotecs in South American maps.

Inuit Many northern maps are barren and inaccurate and could be improved with new fauna like seals and walruses and a minor faction like the Inuit. Location: Alaska, Yukon, Arctic Territories, Saguenay (Winter Version) New maps like Greenland, Keewatin (split from Dakota and NWT), and Ungava (split from Saguenay) Unique Units: Qamutiik & Kayak Qamutiik (Dogsled) - Light ranged cavalry that boosts the speed of units in formation with it. [image] The speed boost to other units would represe…

Ainu should have a shock infantry unit called a Dosanko (is a nickname for soldiers from Hokkaido), and a Iomante tech to train bears.

As for Northwest Territories, what they’re depicting doesn’t really match up with the in game map. The compendium description makes it sound like it’s supposed to be the Northwestern Territory shown here: 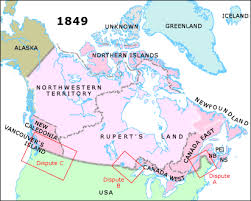 Well, devs once said that they are trying to add minor civs that can be used in a reasonable number of maps.

Inuit should be in (like Arawak) but Ainu would feature too few maps, and also we have religions in Asian maps, not tribes/ethncities. It’s a pitty because their history should be told.

Is 3 maps really unreasonably small? Many minor civilizations only feature on 4 maps each, such as the Apache, Cree, Cherokee, Cheyenne, Huron, Maya, and Navajo. And the Klamath and Seminole only feature on 3 maps each.

As for Northwest Territories, what they’re depicting doesn’t really match up with the in game map. The compendium description makes it sound like it’s supposed to be the Northwestern Territory shown here:

Yeah, but the eastern part overlaps Nunavut, one of the Inuit native lands. 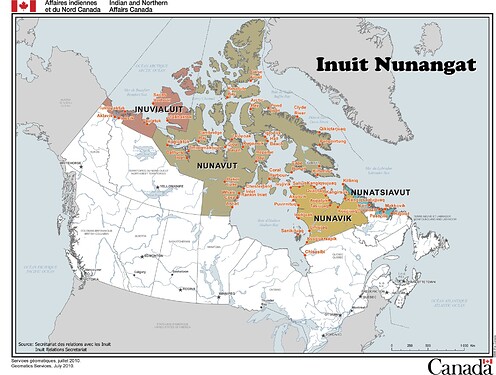 I’ve been asking for Ainus for ages.

Well, devs once said that they are trying to add minor civs that can be used in a reasonable number of maps.

The thing is maps in Asia and South America cover a lot more territory than ones in the USA, including some of the ones introduced in DE (for instance, even with the new maps located in South America, Amazonia covers a lot more land in the loading screen map than what is actually considered part of the Amazon Rainforest), so it’s more or less the developers’ fault that there’s not enough maps to justify certain minor civs being added.

Also, I wish they would go back on this “each region only gets one type of minir civ” thing, especially now that Sufis and Jesuits appear in non-Asian maps (and Eurasian Steppes has both European minor civs and the new Tengri shrine).

In my comment I advocated for thr inclusion of Inuit, if I didn’t make it clear. It’s Ainu who I see them more difficult to be included

The second half of my comment is a reply to M00Z1LLA

Also, I wish they would go back on this “each region only gets one type of minir civ” thing, especially now that Sufis and Jesuits appear in non-Asian maps (and Eurasian Steppes has both European minor civs and the new Tengri shrine).

Therefore, he believes that a completely new kind of Minor Nations unique for Asian maps should be created. The current religion-based Minor Nations is too global and Asia is being wronged by the lack of a truly Asian Minor Nations. 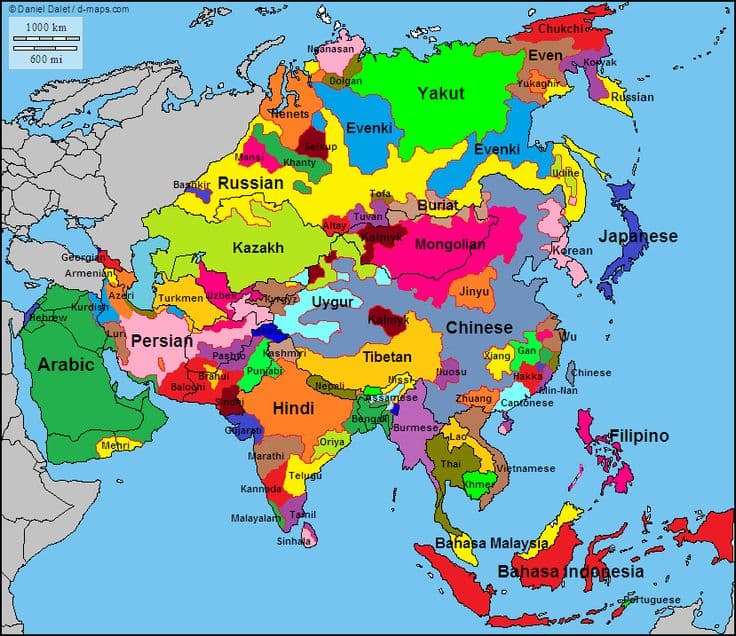 Looking at the map above, we see an enormous number of language-nations. We also see Chinese, Japanese and Hindi that are already present in the game as civs (Hindi as civ Indians). In this case, I think that what fits great for full-fledged civs should be, for example, Persians, Arabs, Thais, etc. Whatever is smaller should become the Minor Nations e.g. Georgians, Armenians, Kurds, Punjabi and Filipinos. 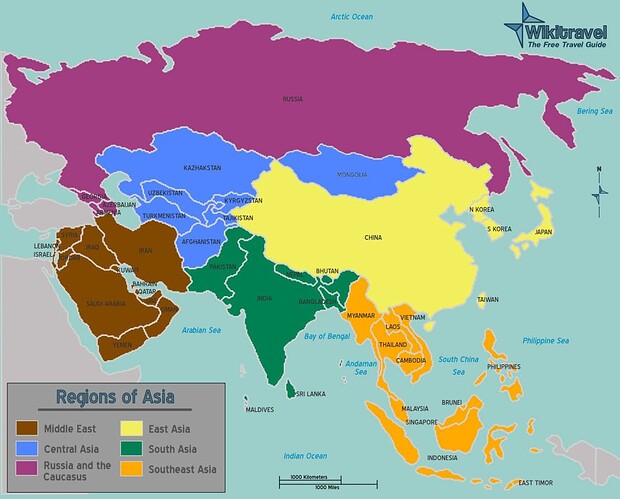 I’m aware the Northwest Territories contains Inuit lands. My point was that Nootka and Klamath aren’t necessarily half a continent away from the region.

That’s a terrible choice then, especially with maps like Hokkaido. It’s like having the Caribbean with the Caribs. Or the Andes without the Quechua. Alternatively, they can just make more maps. There are many map styles from previous games and from fanmade random maps that could still be implemented.

As for the Ainu, they would already fit on Hokkaido, Honshu, Honshu-Regicide, and Kamchatka. Technically they only need one more map: So I grant you Sakhaline oblast! The largest island in Russia!

Again, there are natives already in the game that appear in less than three maps. And as I said, they can split multiple regions into more maps. We could easily have 5 maps all based on Siberia.

they can just make more maps.

Some maps show them also having a slight presence in Manchuria. 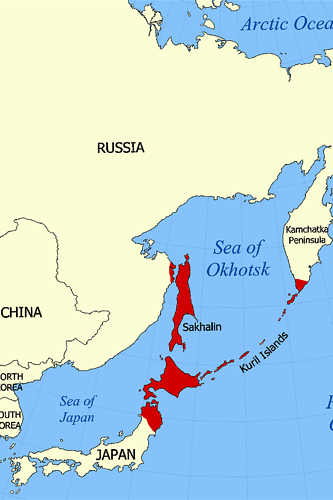 That was from the base game. In all the expansions the natives were far more widely used.

They’re prioritizing factions that give the most bang for their buck and can be used widely. It also helps for recognizability if the factions are on lots of maps and you encounter them often enough to be familiar. It would be hard to keep track of all the natives if there were tons on just a few maps.

We could easily have 5 maps all basedo on Siberia.

I’ve suggested adding Tartary and Baikal to break up Siberia and they did just add Yamal. But it is kind of a sparsely populated and inhospitable region, so I’m not sure if there would be much more benefit to breaking it up further. Carving up India and adding to the Americas or filling in the missing parts of China would be more productive. 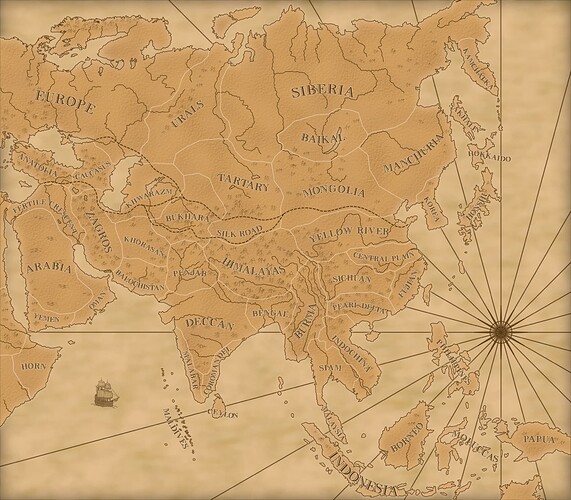 This is a joke.

By the way, where does that map come from?

I drew it. The map I based it on is explained in my original post.

In addition to suggesting new maps, I’d like to get rid of the huge inconsistencies of the Americas map looking like it’s drawn based off wild guesswork and the rest of the maps being of modern accuracy and geography. If they styled the maps off of ones from the late 1700s when the world was pretty much fully explored at a lower level of accuracy, they could have an aesthetically pleasing map that actually fits the time period of the game.

Good point. They should of picked one style with map choice.

I’m concerned some of the European maps were a little uninspired. I’m not against more maps in general but I think having a distinctness to them is crucial.
Wish they could modernise the American maps with water trade routes and water treasures. The Mississippi, the economic gate to the Ohio and the west? Never heard of it.