The far north has a ton of potential and could be broken into several maps like what has been done to the Amazon. 3 new maps of Keewatin, Ungava, Northwest Passage, and a rework of Arctic Territories could provide this. These maps were designed to compliment fishing bonuses provided by an Inuit minor civilization and promote interplay between land/ice and water.

Description - Rich hunting grounds stretch out onto the sea ice. A navy will be needed to secure the resources and Inuit allies out on the ice. (Keewatin is Cree for “Blizzard of the North”) 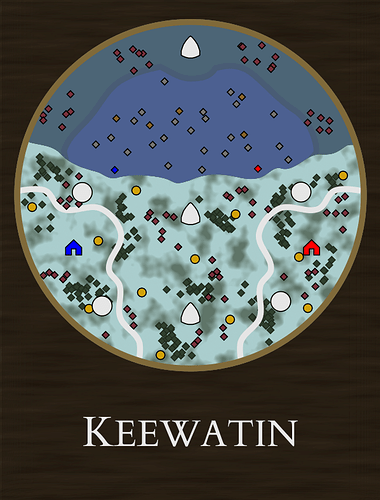 Fauna - Caribou on land, Seals along the shore, Walruses on ice

Treasures - A few water treasures like driftwood. A high-level treasure on each iceberg. Polar bears and wolves guarding overturned sleds.

Description - Trees are sparse in the tundra of the north. Beware the icebergs across the frigid waters. (Ungava is Inuktitut for “Towards Open Water”) 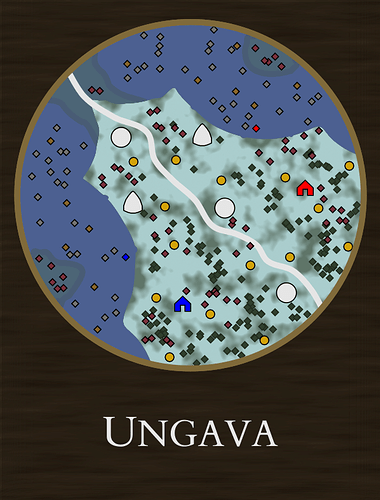 Description - The route through the north is perilous, and many expeditions have ended entombed in the ice.

Fauna - Replace moose with walruses. Replace herds on the ice with seals and walruses.

Other Changes - Fixed mines on ice by adding land underneath. Added limited water access with few fish but plenty of whales. 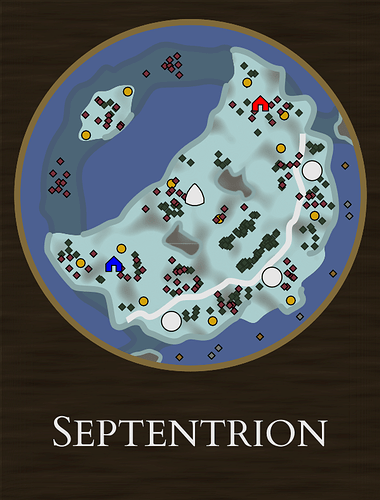 Below are the suggested locations for these maps: 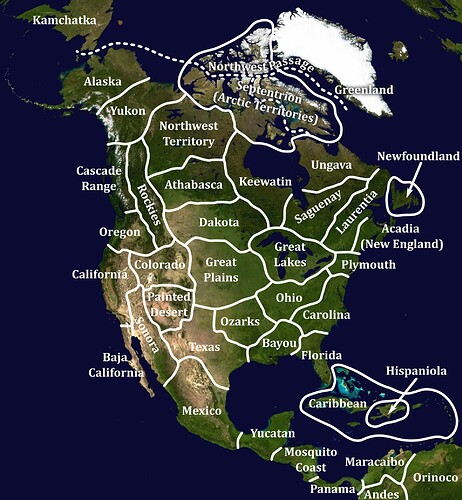 The next ones I’m working on are for maps with Voyageur-style water trade routes. I’m still brainstorming for Oregon and Athabasca so ideas for those are welcome. If anyone is ambitious enough to make these in the scenario editor that would be even better.

We just got two continents worth of maps in Africa and South America that don’t have snow.

Actually the snow maps are spectacular in this game. It also proposes very interesting natives.

We now have treasure ships as a type of mine on the Panama Map. 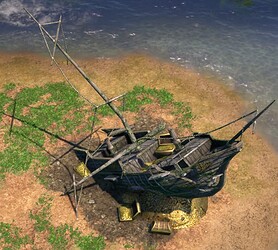 Screenshot (62)686×616 68.2 KB
This concept could be expanded to ships trapped in ice on the Northwest Passage Map. Many expeditions were lost in the search for a northern route to Asia. The Franklin expedition was one such example:

Franklin's lost expedition was a British voyage of Arctic exploration led by Captain Sir John Franklin that departed from England in 1845 aboard two ships, HMS Erebus and HMS Terror, and was assigned to traverse the last unnavigated sections of the Northwest Passage in the Canadian Arctic and to record magnetic data to help determine whether a better understanding could aid navigation. The expedition met with disaster after both ships and their crews, a total of 129 officers and men, became ic...

In the far northern tundra, trees don’t actually grow, and wood is scarce so these ships trapped in ice could yield wood instead of gold and the number of trees on the map could be reduced. In real life, the Inuit even salvaged resources from lost ships like this so there is a precedent for it.

Finally finished the locations for the loading screen map: 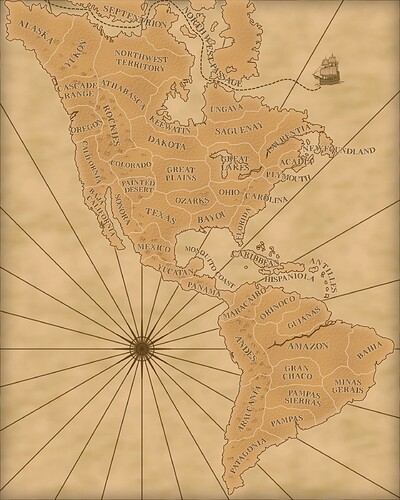 Ungava, Keewatin, Northwest Passage, and Sepentrion are new/reworked maps to accommodate the Inuit

Maracaibo would accommodate the Muisca and Jivaro

Mosquito Coast would be a Lost Map that could accommodate Maya, Zapotec, and Maroons

They are good designs for several regions though.

Just a matter of textures and locations.

These ones are a lot more fitting for arctic regions though. The only other equivalent to unbuildable ice terrain would be something like mangrove or swamp terrain so there’s only one alternative for retexturing them. Northwest Passage could probably be worked into that theme but then you’d have to remove the whales from the open water and they’d become a lot less lucrative.

I also designed the maps to compliment my Inuit suggestion so I’m hoping for snow.