Here I have a suggestion about a new DLC will be really great addition to this game, for now I have only 2 civs but it is good as a start.

“Born with a bow in their hands and raised on the saddle of the horse; those who were the Scythians”.

In the 7th century BC, the Scythians crossed the Caucasus and frequently raided the Middle East along with the Cimmerians, playing an important role in the political developments of the region. Around 650–630 BC, Scythians briefly dominated the Medes of the western Iran stretching their power to the borders of Egypt. After losing control over Media, they continued intervening in Middle Eastern affairs, playing a leading role in the destruction of the Assyrian empire.

By these informations their campaign will be with those civs.

A great nomadic civ and horse lords that raided China and central Asia for a long time in history.

The Xiongnu have a great history vs China and other south/central Asian people and lot of informations about their wars, so their campaign will inculde the Shang, Choson, Persian and maybe Scythians.

Cool, but I think there should be more civs here. After such a long time and after treating the game badly, the developers should be doing DLC ​​with a lot of civs. 2 civs it should be in the free update but not as AoE 1 DLC.

I agree. But as I mentioned this is about my suggestion for what civs should we have more than the numbers; in general I think they should add Celts and Goths too maybe

In my opinion, this game should feature civs from the fall of Rome. Late Antiquity / Dark Ages civs.

Each part of AoE overlaps with its own timeframe. AoE 2 is a great example because it begins with the Dark Ages and ends with a Renaissance and great geographical discoveries. For this reason, AoE 1 can easily contain barbarians who contributed to the fall of the Roman Empire.

Your DLC suggestion could easily turn into Asian DLC. (I once gave a proposal for such a DLC).

My wishlist for the next big update

I fully agree with you. In general anything for AOE1 I agree with, the game need more unlike AOE2

AoE 1 is too much unloved and abandoned by the creators

Antiquity is a nice content that is only a little touched in AoE 1. What I miss the most is the late antiquity / dark ages and the campaigns and civs related to this period (Fall of Rome - Goths, Huns, Slavs, Germanians, and Celts).

Incidentally, I was concerned that AoE 3 would suffer the same fate as AoE 1.

If Scythians get added, I like to dream about the Amazon being their unique unit! 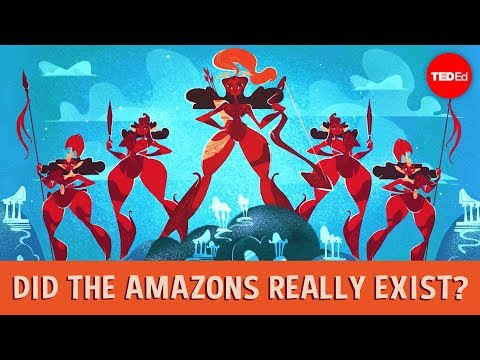 Unfortunately, I fear that there will be no more additional content to come.

Have hope, the future is unpredictable but that doesn’t mean stuff’s always gonna be bad.

This makes you the only other user other than me to post a TedEd video on this forum.

Incidentally, I was concerned that AoE 3 would suffer the same fate as AoE 1.

Well, yes - but AOE3 is played by many more people. I wouldn’t see it so black for now.

AOE3 is played by many more people

AoE1:DE (green) seems to have a more stable playerbase than AoE3:DE (blue):

Yes, of course, AoE1 is already much older and the players who are now there, will also play it until the servers are shut down (AoE1:DE forever

While the 3rd part is still quite young and was initially tried and played by more people. The playerbase first sinks I think is quite normal. But it will stabilize and then also have a higher playerbase than the first part.
Just take a look at the activities in the forum. When was the game released? About half a year ago? And there are already a lot more posts than in the AoE1 forum.
That’s not the fans’ fault. We all know the reasons. But it just shows that more people are interested in the 3rd part than in the 1st part.