Fishing Boats, Canoes, and Catamarans should be able to cross shallows

There are several maps like Northwest Territory and Nile Valley with tiny pockets of fish on the edges of the map that aren’t ever worth making a dock in to access. Even if you do, your boats are stuck and completely useless even when there’s still more fish downriver. Small boats like fishing boats and the ones obtained from minor allies should be able to cross these shallow waters.

This would allow more interaction between land and water with land units being able to take out fishing boats and clash with canoes and catamarans. With the upcoming Panama map, boats would even be able to use the little canal.

There may be some new maps in which this is not desirable but it would be easy to block off shallow regions where crossing should be inhibited with rocks and rapids. 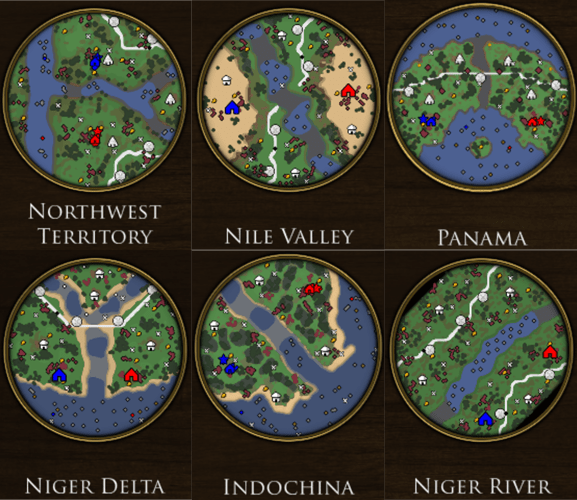 idk lots of those shallows are wallable, there could be some goofy results of wall-canoe interactions

Interesting, I would have thought it was like the swamp terrain in Florida where you can’t build on it. Still, being able to block it with walls would make it even harder to exploit (for example, if an Aztec player spammed canoes out of docks that were upriver where you couldn’t reach with your own ships).

It wouldn’t be a blanket buff to all natives since Inca don’t have canoes by default. However, it would be useful for them after sending their fishing boat attack card (same with Japan). I’m also not suggesting this be applicable for the larger canoes like War Canoes and Toltec Canoes, only the low displacement boats like I suggested in the title. Overall, it would be a very minor buff to most of the natives on a select few maps.

On top of that - it’s a good reason for euro civs to ally with natives.