How to build a custom Home City Deck in the scenario editor ? With a xml file?

In the original game we can create custom home cities in the scenario editor.

It was a bit buggy, but it worked (we must changed the city level in the homecity summay option to display cards again after reloading a scenario).

But, in the definitive edition, the level option has disappeared and cards are forever unavailable after reloading the scenario. 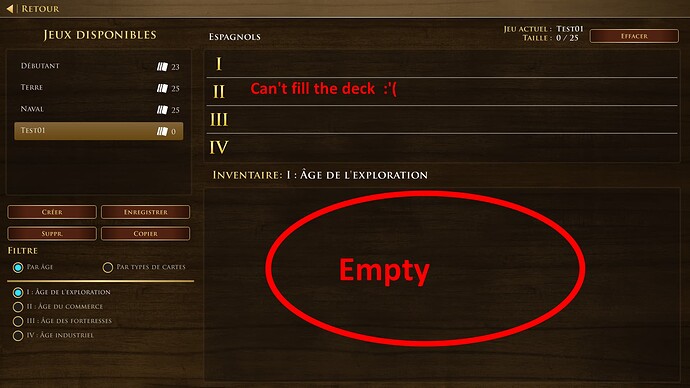 Furthermore, my new empty deck “Test01” is not visible when I test the scenario in skirmish mode. I think there is an additional bug about custom decks. 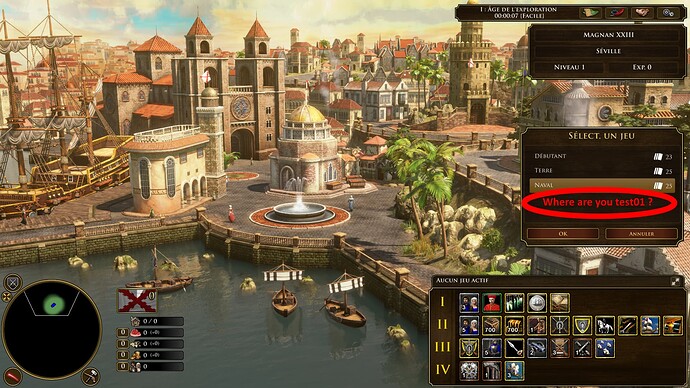 There are several bug reports about this in the forum:

The Scenario Editor allows to build home city deck for the scenario. To create such home city deck we need to go to “Scenario” then “Home City Editor” and from there we go to “Build Deck”. At that point we are supposed to see all available cards and then select the ones we want. However, from the scenario editor there are no cards to select and therefore it’s not possible to build home city decks for scenarios. Please add that to your bug list to be fixed soon. This issue is for single play…

These details are CRITICAL; DO NOT skip them or your issue may not be reviewed. GAME BUILD #: 21704 GAME PLATFORM: Steam OPERATING SYSTEM: Windows 10

DESCRIBE THE ISSUE IN DETAIL (below). LIMIT TO ONE BUG PER THREAD. In the Scenario Editor it s not possible to implement decks with the ingame Deck Editor. At some point also the Cards of the Homecity dissapear, but i dont know how i did it or how…

After reading some topics, I understood that there is a way to create a custom Home City with an xml file.

Does this method still work in the Definitive Edition ?

Is it possible to save this deck in the scenario file as with the Home City editor of the original game ? (The Home City was accessible in multiplayer without having to install an additional .xml file in the game folder.)

I love creating scenarios. But the disappearance of custom decks saddens me. I always have to deactivate the Homecity with a trigger in most scenarios

I can confirm that custom homecities can be made with xml files. I’m modding the Act 1 Campaign currently and part of that is enabling homecity shipments and assigning the player a deck. The game is a bit finicky though, and for some reason using the “Set HC” button in the Player Data menu only works if the xml file I’m switching to is in the same location as the original homecitySPCAct1.xml file. I’m not certain but I’m assuming that this is only an issue for editing Campaign maps.

Incidentally, all Home Cities created are saved in your Savegame folder as xml files, so if you’re not planning on using cards from multiple civs you can design your decks ingame, save them, and then copy them from the respective sp_ or mp_[CIVNAME]_homecity.xml.

As for whether decks are saved with scenarios I’m assuming so but I’ve noticed that whenever I make changes to my homecity file and then playtest, the game rereads the deck and updates it. Maybe this is unique to playtesting though, I have very little experience in the AOE3 editor.

Update: I followed one of your links and saw this post Scenario Editor: Homecity & Deckbuilding of Scenarios not really possible ingame - #8 by SoullessHeathen

Now I understand why it sometimes fails. What I do (to make it work) is I copy an unchanged homecity file with a valid checksum, do Set HC, and then proceed to modify it in VSCode.

Thanks for the reply, I will try

It was easier in the original game with the level reset trick. But until the editor is fixed I have no other options.

Small fun fact about scenario home cities. Someone asked on the discord server if it was possible to choose your own home city on a simple “map” scenario. Obviously it is not possible, except in one case:

In multiplayer when you play a more recent civ than the scenario.
For exemple, play Mexicans on a scenario made before the Mexican update: 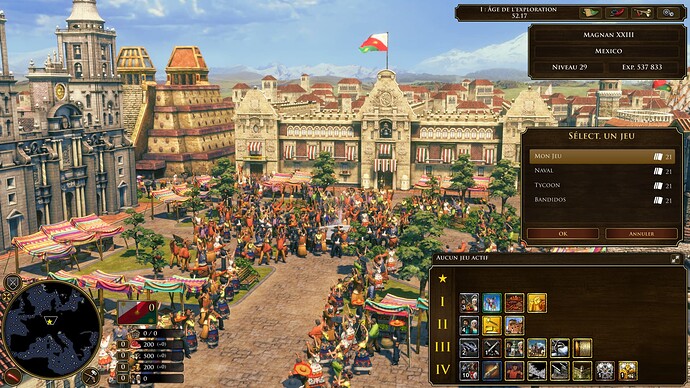 I think, there is no default mexican deck saved in the scenario, so the game allows to choose your own deck.
What’s weird is that it doesn’t work in singleplayer/skirmish

So an option can be created by the devs which removes all default home city saved in the scenario and allows players to choose there own decks (let me dream).

That is good to know. I wish we had direct access to the scenario metadata so this could be a thing. I did notice something kind of strange related to this, in that if I playtest the blank starting scenario in Scenario Editor, it lets me choose a deck, but if I’ve already set an HC then that HC holds for any civ. I don’t know if this is reliable (for all I know it could be because it’s an empty scenario) but I was surprised that it let me just choose a deck like that. 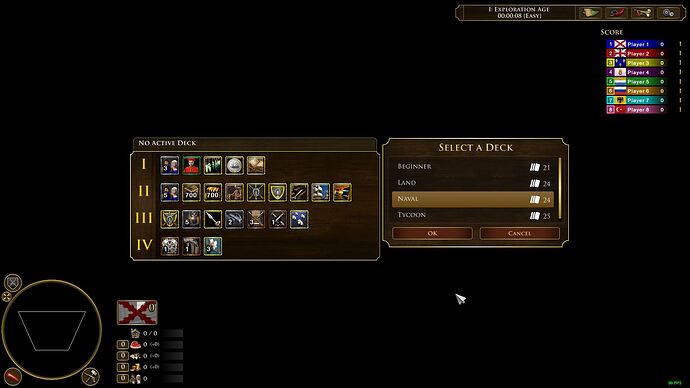