This is a call for help to developers.

I’m a big fan of scenario editors in Age of Empires. And especially that of age of empires 3. Since the release of the game in 2005 I have spent more hours in it than in skirmish or multiplayer.

With the definitive edition there are so many new civilizations and game mechanics that inspire me to create scenarios. I’m having even more fun than before. Except that…

There are terrible things that frustrate me and need to be fixed. My worst nightmare is to see the end of the game support without these basics features…

This is a feature that worked in the original game!!! *

*You might have to use some tricks (like reset the home city level), but it worked!
Scenarios are bland without home cities, what a pity to have to disable them every time…

I talk about it here in detail. In addition to listing bug reports from other users (@MacabiWarrior @CitingPepper233 and @Rockhounder1 ) that are ignored by the devs:

How to build a custom Home City Deck in the scenario editor ? With a xml file? III - Modding

Hello, In the original game we can create custom home cities in the scenario editor. It was a bit buggy, but it worked (we must changed the city level in the homecity summay option to display cards again after reloading a scenario). But, in the definitive edition, the level option has disappeared and cards are forever unavailable after reloading the scenario. [01] [02] Furthermore, my new empty deck “Test01” is not visible when I test the scenario in skirmish mode. I think there is an ad…

Additional request: add an option to allow players to use their own decks for certain maps. I found a bug that allows to do it in a very specific case (3rd post of this thread). I know it’s technically possible.

2. Allow to convert a trade route into a water route

I really liked the introduction of the water routes. There is so much potential for naval scenarios.
But it’s impossible to create them in the scenario editor. There is just a missing user interface between me and the existing code to create them. It’s extremely frustrating…

So a few of the African maps from the new DLC have water trade routes with ships and trading sites along the coast. Does anyone know how to make these kinds of trading routes on the scenario editor? Thanks for any help!

3. Save automatically a scenario mod in the scenario folder

I like to share my creations, but they are quite inaccessible for ordinary users. Subscribing a scenario mod requires going into the folders and manually moving it to the correct scenario folder.

This is a basic feature that age of empires 2 has, but age of empires 3 does not. Many people asked me how to install a map in comments. I answer them, but it’s not up to them to do the installation, it’s up to the game. What’s the point of having an official mod center if it doesn’t do its job?

@Troteck has created an installation tutorial for this, but I think they would also like it to be done automatically.
https://www.youtube.com/watch?v=Dv0qkpEg8jY

And finally a request from @Amianto3279, to fix the existing dialogue triggers or to create a new one that allows to personalize it (or to create a more neutral one). Adding good dialogues in a scenario is important.

Furthermore, current dialog triggers do not accept special characters. To write in a language other than English is complicated.

You really speak from my heart

Thank you for this post, I also enjoy creating scenarios but these bugs ruin my experience…

These are all very valid requests, I hope the devs look into them. And if they’re gonna dive into the homecity code, I also wonder whether it would be possible to (optionally) allow custom decks in a scenario, instead of preset ones.

Anything to help with writing triggers. Typing and auto-filling, compressing the multiple tabs onto one page, an index of commands, etc.

In the original game, there was a way to create an Andean cliff with the vertical textures similar to the cyclopean walls of an Inca fortress, with green grass covering it. I used this cliff to create Inca walkers. Now we have a beautiful Inca civilization, and we don’t have cliffs with vertical textures that resemble andenes, but we do have an Andean cliff with grass on top. A new cliff could be added with the same grass on top, but with the vertical texture of pirka, which already exists in the game (the texture of the stone that is at the base of the buildings of the kanchas, in the first era. This would leave the Andean scenarios that we can build much more interesting, with andenes. Another thing, the so-called Huari fortress, or Inca outpost, which share the same structure, do not exist in real life. It could be replaced by a model of a common 2 or 3 storey Wari construction with Thatched roof The Inca outpost could be replaced by a Tambo, or something similar to a tambo, but raised on a higher stone base. 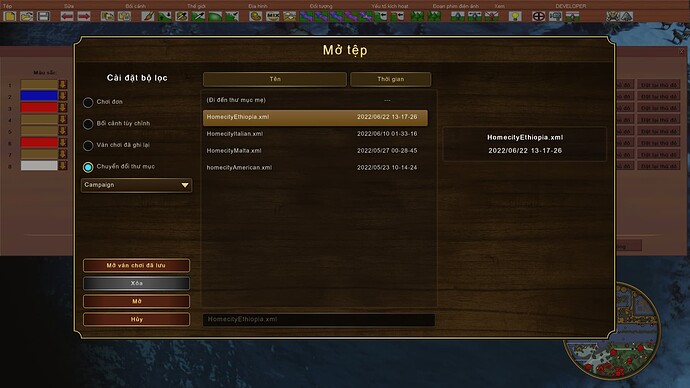 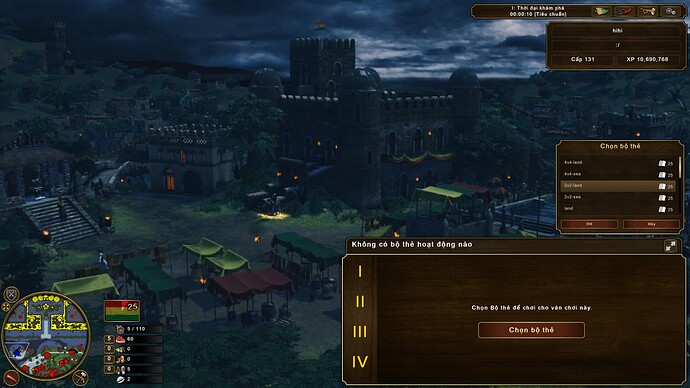 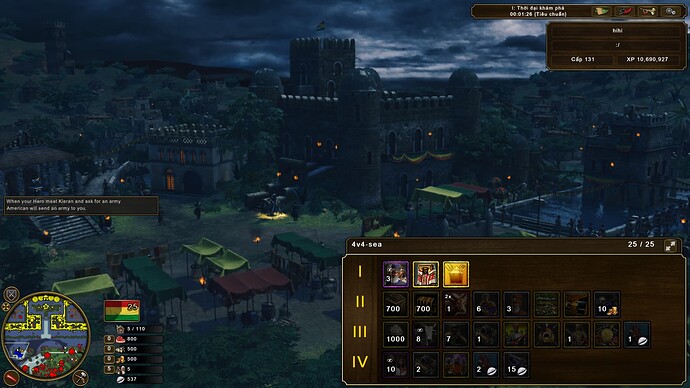 And if they’re gonna dive into the homecity code, I also wonder whether it would be possible to (optionally) allow custom decks in a scenario, instead of preset ones.

I agree and I think it’s technically possible for devs. I found a bug that allows it in a very specific case (3rd post of this thread: https://forums.ageofempires.com/t/how-to-build-a-custom-home-city-deck-in-the-scenario-editor-with-a-xml-file/198016/3 )

"In multiplayer when you play a more recent civ than the scenario.
For exemple, play Mexicans on a scenario made before the Mexican update.
I think, there is no default mexican deck saved in the scenario, so the game allows to choose your own deck.

So an option can be created by the devs which removes all default home city saved in the scenario and allows players to choose there own decks."

PS: I added this request in the main post.

Another idea I have in mind: a Create a Campaign tool. It’s present in every Age of Empires iteration, except III. We can’t put together scenarios. It would be awesome to have a campaign editor with the possibility to use the same home city for every scenario, like the official campaigns.