If AoM2 was a thing which Civilisations should be in it?

If AoM2 was a thing which Civilisations should be in it?
Similar to the AoE4 thread with the same topic.
Assuming only 10 civs in aoe4, what should they be?

I’m talking about Civilisations even though in this case they are also kind of like Religions.

I’ll make two lists one for 5 and one for 10.
Maybe going to update later and add the most requested interesting Civilisations.

In case of 5:
Greece
Egyptian
Germanic or Norse
Chinese
Aztec

If we look at regional connections.

If we see the Greeks and the Egyptians as must have than the Hittites would be a nice addition. They would perfectly fit in as Troy and they could work as an antagonist to Egypt.
The Mesopotamian (Akkadian/Babylonian/Assyrian and maybe Sumerian) civilisations also come into contact with them.
They are a lot less famous but we know surprisingly much about their mythology. Their mythology would also be something new that people could get excited about.
The Persians and the Indians have the same roots so either they could be represented as the same civilisation or they would work nice as a pair. The Persians conquered Mesopotamia and Egypt plus tired to same with Greece.

China and India got into contact with Buddhism but it didn’t turn into the major religion in both regions. Buddhism was adopted by a lot of different cultures from Mongoles over Japanese to Indochina.

The Celts settled areas from Iberia over Britannia all over to Anatolia. That was long after the fall of the Hittite Empire in reality. They got there because they fought as Greece mercenaries and their language was still actively spoken in Roman times.
And the Celts where neighbours of Germanic tribes in central Europe.

From Egypt we can go over Nubia into Ethiopia too. Those regions where also connected.

Israelites are likely impossible for political reasons. Even earlier Polytheistic religions from that are might be hard.

If I group them:
Barbarian (Norse/Germanic and Celtic)
Greek (Sub groups maybe Athens, Sparta, Thebes or Mycenae)
Hittite (Could maybe be grouped with Mesopotamian but they only adopted a little of their mythology and culture)
Mesopotamian (Assyrian, Babylonian and Summerian)
Aryan (Persian and Indian)
Eastern (Chinese, Korean and Japanese)
Buddhist (Mongolian, Chinese, Indian, Japanese, and many more in Indochina)
Egyptian (Egypt and Nubia/Kush)
African (Some of the many cultures from West Africa the leak of writing in the pre Islamic/Christian phase makes them harder to categorise.)
Maybe:
New World (Olmec, Maya, Aztec or Inca)

The new World is separate unless you go into those conspiracy theories that the Olmec is of Chinese and African origin. This way you could go all around the world.

The campaign could evolve around a group of Heroes travelling all around the world but I’d prefer separate campaigns that can be started separately like in AoE1/2 so there is choice and you don’t run into the risk that one mission with a difficulty spice would ruin the complete experience because there is no other campaign to play. 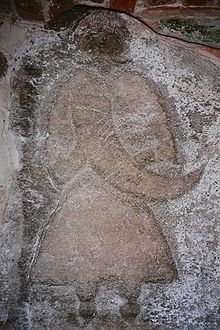 Slavic paganism or Slavic religion describes the religious beliefs, myths and ritual practices of the Slavs before Christianisation, which occurred at various stages between the 8th and the 13th century. The South Slavs, who likely settled in the Balkan Peninsula during the 6th–7th centuries AD, bordering with the Byzantine Empire to the south, came under the sphere of influence of Eastern Orthodox Christianity, beginning with the creation of writing systems for Slavic languages (first Glag The W...

Let it be real Microsoft! I’d pre-order it right away if you announced AoM 2 with these civilizations!