This thread is for discussing the above mod. Do let me know if you encounter any bugs/issues with the mod or if you got some new ideas/suggestions…

Hi! for some reason, I can’t seem to download this mod: it just keeps loading and never downloads anything. Do you know what could be happening?

I am not sure what’s causing this problem, I just changed the tag to data mod (from graphics), is it downloadable now? It seems like a problem with the workshop itself.

Note: Remember as it is a data mod, you have to select the mod at top right corner drop-down menu before launching a standard skirmish game.

Reuploaded the mod. Check if the new link works for you.

Interesting mod, I may try it. Is this multiplayer compatible or does everyone need it?

I remember there being Roman Legionaries in the campaigns - it’s not an exact fit but it might be nice of the Byzantines got those somehow.

A small poll I made after talking with Juggernaut, the mod’s creator; what do you think? https://www.strawpoll.me/19012820

Hi there, how did you remove the Hero halo? Would it be possible to shift the Savar unit from hero section to regular unit section (how do you do this?) It would help in Byzantine Sassanid scenarios given that both are heavy cavalry units. Also is it possible to add new units or eye candy to the game?

Hi. Seems to be a problem with this mod in-game. What is the solution please? 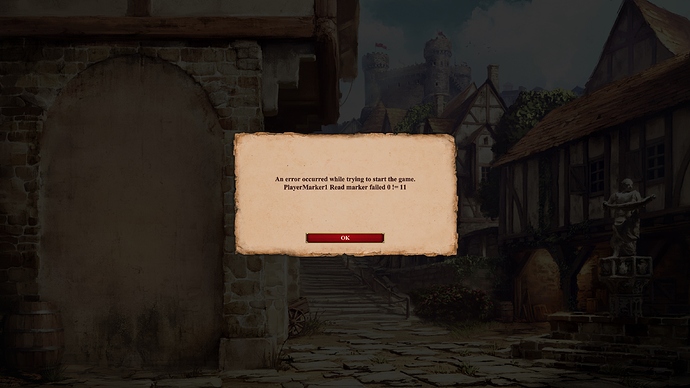 I tried recreating the bug with standard game with the same civs but nothing happened.
Maybe the custom scenario of yours contains something that is bugged, triggers or one of the heroes. What heroes are there in the scenario? Maybe I should check them.

PS: Nevermind, I fixed it. It was a bug with heroes with large halos. Will upload the new version soon

Yes it is possible to remove the halo, in graphics section of AGE tool search for the HeroGlow, disable it.

So as of now, in the poll, there’s no such clear majority. People have voted as follows. 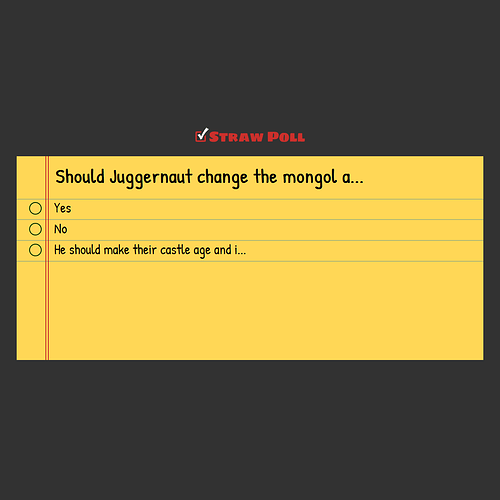 Should Juggernaut change the mongol architecture back to east asian?

I guess there are more people who want a change for Mongols back to East Asian. So I will take the middle route. i.e. Mongols with Central Asian Feudal + East Asian Castle/Imperial Set.
I will also give the keep the Khan and Steppe Sails for Mongols with the Tengric Shrine.

Thanks for sharing your ideas.

Hi Earless, might I suggest you upload two versions. One with just the units added, and another with both the building sets+units. That would help solve the issues.

Do you know how to make the camels walk without the flames on them? It would be good to have a camel caravan unit in-game.

I would also like to work with you on adding new trade goods graphics to the game? Maybe you could PM me?

Still seems to be having the same error…

just checked the scenario you sent me with the updated version of the mod, it works fine now.
Maybe the game mod manager has not updated the mod file on your side…

Love the mod! IA and IU were my favorite mods, especially when i would mess around in Map editor for hours creating beautiful scenarios.

I have to say though, I don’t quite care as much for the Konnik using Ivaylo. It doesn’t mesh real well and almost is like a downgrade given his unarmored head and sword compared to the awesome Konnik flail. Perhaps a better fit would be non-elite? just my opinion.

On the topic of Bulgarians, is there any use for the beautiful Tsar Constantin model? chariots weren’t all that common during the medieval era, but it is wasted only being used for one campaign!

Yeah Ivaylo has a sword instead of mace but his horse is certainly better armored.

I couldn’t decide where to place Tsar Constantin model, maybe with heavy scorpion stats(do the bulgars get heavy scorpion, need to check). Any other ideas on where it can fit into?

Thanks for the kind words… A lot of hardwork went into creation of IAU. Glad you enjoyed them!