Would be nice that make a reskin of all units of Infantry, Cavalry and Archers according to the culture of each civi. I thinks its not a big effor, maybe could use some skins that are allready created. Its just a cosmetical upgrade but I think this make the game more nicer.
Also add 1 more Meso civ, with historical background.

PS: Sorry for my bad English.

They are already in game. Tlaxcalans are aztecs. “Aztecs” cover 7 nahua groups mexicas, xochimilcs, chalcas, tlaxcalans, tepanecs, acolhuas and tlahuicas. So they being “aztecs” for the campaign is accurate. One could even argue that their military being created 11% faster is a reference to Tlaxcalans joining and helping the Spanish.

Pretty sure very few would buy a dlc with one civi,even 2 is very underwhelming.

The main problem I see with meso civs is how limited they are. They don’t have cavalry and they don’t have gunpowder, and we already have a strong infantry & monk civ (the Aztecs), a strong archer & economy civ (the Mayans) and a strong defensive & counter-units civ (the Incas).

If you try making a Meso naval civ, it would be doomed from the start for one single reason : no cannon galleons. Good luck assaulting a fortified island without some.

Some of the best civ concepts for new Meso civs I saw in the Realms mod:

AoK: Realms mod for Age of Empires II: The Conquerors

Realms is a project to consider more of the medieval world. Explore new ways to build and wage war in the peaks of the Himalayas, the coast of Peru, the jungles of Southeast Asia, Cilicia, Manchuria, and Europe with nineteen new civilizations.

@DukeOfLorraine : I would call it a strength, not a weakness. We’ve had so many Cav civs lately that I really want to see something else. The Eagle Warrior line has been severely underused right now and there’s still a lot you could do with it in terms of civ boni.

Then you could also argue that Poles are included in Lithuanians, Portuguese in Spanish, Burgundians in French, Burgundians in Teutons (Holy Roman Empire), and probably many more in Europe.
Europe is full of civs, while Mesoamerica and India have only 2 civs each (if we count Burmese), so this is the wrong place to complain imo.
Anyways, imo the cultural background should not be a major issue of a civ imo. I would actually like best, if devs would develope good game elements and then think, which historical civ could fit to that - but not so much other way round

I could see potential for a native north american civ, that can buy horses with gold and mount foot units onto them

North American civs should be designed like Meso civs. I’ve done a Mississippian concept a while ago:

No. You don’t get it.
Tlaxcalans are literally Aztecs. Both ethnically and culturally. It’s jsut that they weren’t part of the Triple Alliance (aka “Aztec empire”).

Asking for Tlaxcalans to be added is exactly the same as asking for a Takeda civ or Oda civ when we already have the Japanese civ.

Tlaxcalans are an addition on the level of Burgundians. You can do it but there are definitely better picks.

If we’re looking at Central America, I think Purépecha/Tarascans and Zapotecs/ Be’ena’a would be better additions.

Well, Burgundians are a mix between NN germanic tribes, gauls, vandals and later we can throw alemanni and some franks to the mix… so the situation isn’t the same. At least not like Tlaxcalans who are 100% an aztec group.
I agree with you about Tarascans. They make more sense. But not zapotecs, I don’t think they fit when we already have aztecs who did and achieved everything zapotecs could but x1000 better.

Overall, no matter what they’d add as Meso civ, there’s definitely potential there. The Inca campaign could be heavily improve with some new South American civs as well and we could also possibly get a new South American arch set which would be nice: 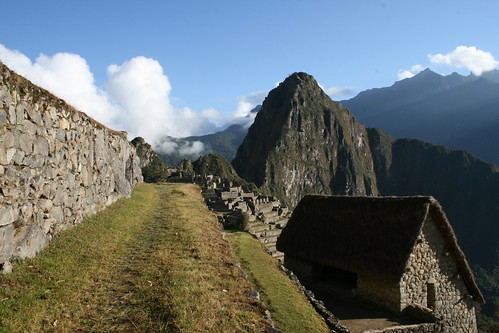 Ok, sry you seem to know a lot more than me

But still, there is also Bulgarians and Poles, while there have been Slavs already.

Where do I find the reasoning, why “North American civs should be designed like Meso civs”?

In the time frame AOE2 depicts (400-1600), most Native American cultures (except the Mapuche) didn’t employ horses as far as I know.

Considering you need some kind of Cav replacement from a game design point of view, using the same strategy like they’ve employed with South American and Central American cultures, the Eagle Warrior unit works fine on that regard.

You could of course design a new unit line which would work the same as an Eagle Warrior, but for North American civs specifically.

Then, following my older suggestion, we go other way round: Which historical civ could fit to the concept of buying horses (or camels) for gold which they could mount their foot units onto?

Except bulgarians and poles weren’t in this situation: 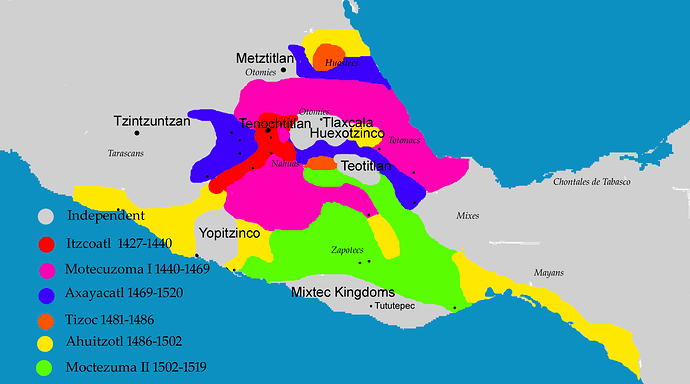 Overall, “slav” is more an ethno-linguistic term than ethno-cultural. There are differences between groups. Besides west and east slavs can be as different as aztecs and mayans, if you want to nitpick.
Unlike tlaxcalans who were completely identical to mexicas, acolhuas and tepanecs. It doesn’t matter how you try to advocate for tlaxcalans. They are already in game as Aztecs and that’s 100% accurate.

Well, I would argue that it would be more accurate if the Aztecs were renamed Nahua, but it’s another matter entirely.

In my opinion, the first priority is the second South American civ - to be on par with the number of American civs. In this case, the strongest candidate is Muisca civ.

Culture Czibcza-Muisca (Spanish. Chibcha-Muisca) - the culture of peoples living during the conquest on the Colombian highlands, east of the headwaters of the Magdalena River, in the vicinity of today’s cities of Bogota and Tunja. These peoples called themselves Muiska or Mwiskami (Muisca, Muysca or Muexca) which means “people”, “persons”, man ". They created a culture that developed from around 1000 to 1538 and is considered to be the third group of high civilizations of pre-Columbian America, but inferior to the achievements of the Maya and Aztecs in former Mexico and the Incas in the Andean highlands.

P’urhépecha created their own state in the pre-Columbian period, which was one of the most important civilizations of Mesoamerica. Its capital was Tzintzuntzan. The country was never conquered by the Aztecs despite several dangerous invasions on their part. The Tarask family was multi-ethnic. In addition to the purepecha-speaking people, there were also representatives of the Otomi, Matlatzinek, Mazahua and Nahua-speaking peoples. Presumably it was more centralized than other Mesoamerican states and empires. The Tarasks were familiar with copper and bronze metallurgy, which they used to make weapons, ornaments and everyday objects. The knowledge of this craft probably came from South America along the sea route along the west coast of the continent. The oldest copper products come from the years 800-900, and the bronze products from the years 1200-1300. Thus, unlike the Aztecs and other peoples of the pre-Columbian Mesoamerica, the Tarasks were representatives of the peoples of the Bronze Age.

Chimor (also Kingdom of Chimor or Chimú Empire) was the political grouping of the Chimú culture. The culture arose about 900 AD, succeeding the Moche culture, and was later conquered by the Inca emperor Topa Inca Yupanqui around 1470, fifty years before the arrival of the Spanish in the region. Chimor was the largest kingdom in the Late Intermediate Period, encompassing 1,000 kilometres (620 mi) of coastline. The Chimú people are best known for their distinctive monochromatic pottery and fine metal working of copper, gold, silver, bronze, and tumbaga (copper and gold). The pottery is often in the shape of a creature or has a human figure sitting or standing on a cuboid bottle. The shiny black finish of most Chimú pottery was achieved by firing the pottery at high temperatures in a closed kiln, which prevented oxygen from reacting with the clay.

After the release of such a DLC, we would have 3 for each of the Americas - a total of 6 American civs. Little but always better than just 3.

These DLCs could add a whole new architecture set: the Andean Set. The current Native American set has been renamed Mesoamerican set (Inca elements would be removed from it).