reason: I think ,that fraction like pol-lith will be very good for game. It could fill the gap beetween central and west europe. In 1619 pol-lith had 1,000,000 km of teritorry. Pol-lith wasn’t most important country in europe ,but was also very strong and important. Pol-lith was only country in history which controlled moscow and king Władysław III Jagiełło was king of 3 countries Poland, lithuania and hungary(he also could be king of czech). In XV and XVI century pol-lith was biggest exporter of crops in europe. I didn’t was to make from poland and lithuania 2 others countries, from 1386 poland and lithuania had same king. Also lithuania was a big poor village before union.

what experience it could give: I wanted to make cavalry civilization which is more concentrated on defense ,than offense and civ which is very good on start(fast food gathering, scouts

Unique buildings:
Folwark: Replace mill
Cost 125 wood
Buildtime 30s
Hp 1200
Have 4 range sight
Villagers can drop out food at this building
Gives 5 houses
Can split arrows
Villagers are 10% faster in sight of folwark
Have special ability to work like “piggy bank” when villagers drop 10 food folwark generate additional 1
If you have 100 food in “bank” when villager drop 10 food you will get 1.5 food to bank
Maximum amount is 800 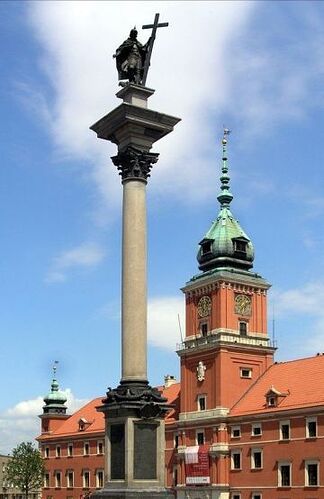 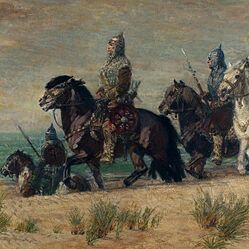 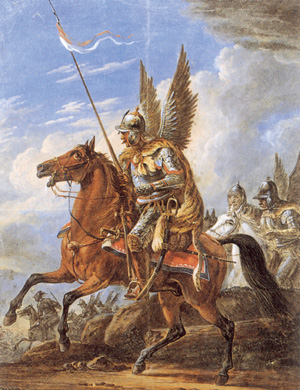 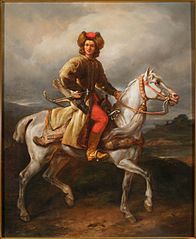 Wieliczka mine
Hp:5000
Radius:8
Get gold and stone from nearby vienes(without using quanity of them) 1 viene = 30/60/75(depends on era) gold/stone on 1 minute

Jasna Góra
Hp:5000
Acts like monastery ,but produce monks 50% faster and 50% cheaper, this monks heal 2 times more hp. When relict is on jasna góra it acts like keep with maximal upgrades.

It’s all, write your ideas. I’m open. Do you want to send you more my/others ,but upgraded ideas. Write everything bellow. Thanks for reading it to end

I think that the bonuses are a bit too overpowered.

I feel like the scout 50% bonus attack can be very brutal. I’m not really good enough at the game or knowledgeable enough, but based on what I’ve seen and been told, early bonuses are much more powerful than late bonuses and I think most of the ones you give would make this civ uber powerful in the early game.

Imagine just having a small army of scouts running around and murdering any villagers that don’t have the protection of the Town Center or an outpost. Not to mention obliterating enemy scouts with ease.

Or is there a civ that already does that? Again, I don’t know enough and I really only fight against English and Chinese these days…

Maybe someday we get Polish or Pol-ith civ in AoE4, would be awesome

You have put a lot of work to this concept, appreciate.

Do you have ideas to make them worser?

No, it’s unique for poland

Next civ will be black people, to keep in line with inclusiveness like netflix original series

What’s the bonus that Rus get from their scouts? They’re the civ that love spamming scouts right?

Gold from killing animals. And I don’t know about spamming. Regular is 2 scouts. They build what, 2-3? Unless they are going pro scouts.

Oh okay. I could’ve sworn I’ve watched some of the higher levels going like 5-6 scouts alongside horsemen or something, though that was a couple months back.

Malbork castle is German, not Polish.

Yeah was built by teutonic order ,but bought from them by poland