To justify the inclusion of any minor faction, they’d need to be present on several maps. When it comes to Polynesian peoples, there are divided across distant islands with no one group that makes sense on more than a couple of maps. However, all the Polynesians descend from a common linguistic, cultural, and religious tradition. For this reason, the model of holy sites used on Asian maps would be a useful way to portray Polynesians. With a minor faction to populate the region, an expansion with Polynesian maps and civilizations like the Maori or Hawaiians would be possible.

In most Polynesian cultures, a site that is sacred (tapu) is called a marae. This holy site would be the place to ally with Polynesians who provide units and techs that are common to all of Polynesia. 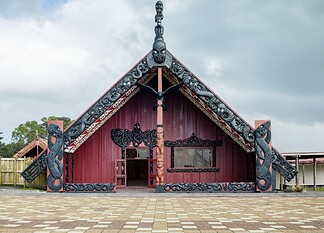 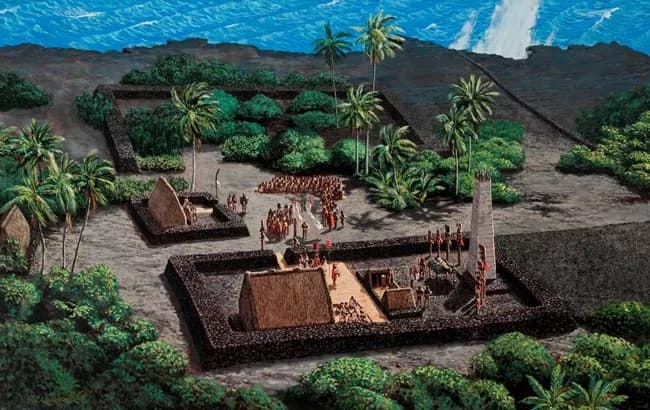 Clubs are the most common weapon across Polynesian cultures, and paddle style clubs are some of the most widespread. This unit could function similarly to the Mapuche Ironwood Clubman. 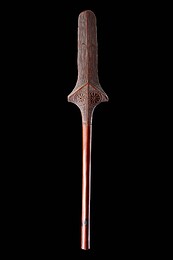 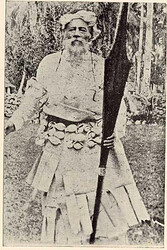 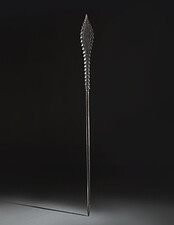 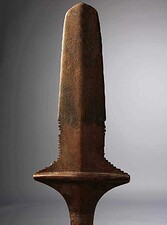 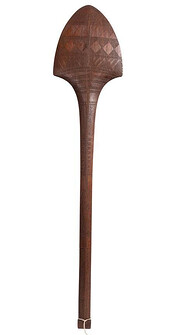 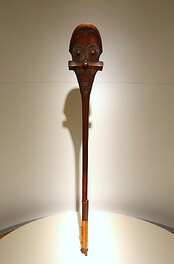 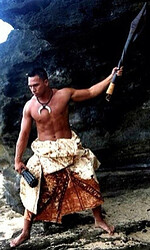 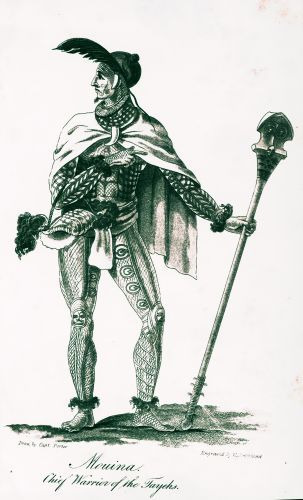 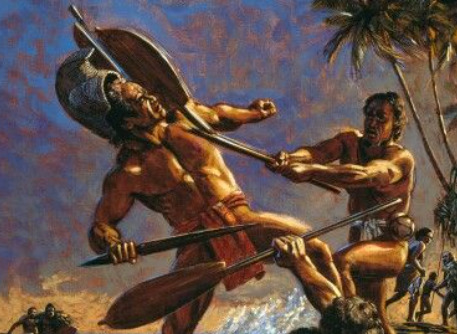 These units would act as a hybrid military-economic unit equipped with hooks (matau) and a net. They could cast their hooks and net into the sea to gather from fish near shore or weaponize their tools to ensnare their enemies like a Retiarius.

In battle, Matau Anglers should function like a hybrid of Bolas Warriors and Urumi. From range they would cast their hooks to snare enemies from like Bolas Warriors. In melee they would use their nets to inflict AOE ranged damage like Urumi. Since they would also have an economic function, having a purely food cost and moderate to low attack strength would be appropriate.

The Maori are said to have used their hooks and nets to fight in this fashion:

Large wooden hooks (matau-tangata) each having a bone or stone barb were used as weapons. They were employed when it was desired to break up the solid form of an enemy’s war-party. Three or four of the hooks were fastened to a rope and weighted with a stone at the end, then launched as one whirls and casts a fishing-line. Being suddenly jerked back a man or two was probably hooked and drawn out, this serving to break up the opponent’s phalanx. A sharp stone (often flint) was tied to a cord and swung round before striking therewith. This was called korepa.

Sometimes, but rarely the old weapon of the Roman Retiarius was had recourse to by the Maori. The hand-net would be diverted from its use as a fishing apparatus and cast over the head of a foeman, who, enmeshed in its folds, would fall an easy victim to the blows of the short club. On one occasion at least in traditional history the large seine fishing-net was brought into play for a similar purpose 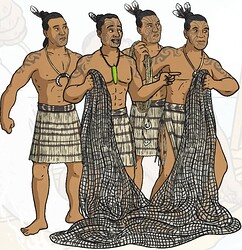 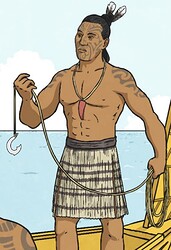 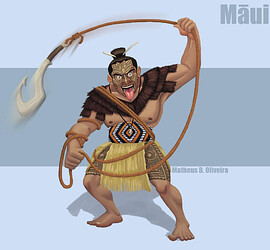 The boats enabled by allying with Polynesians would be Outrigger Canoes. These were the basic watercraft they used to travel the oceans. 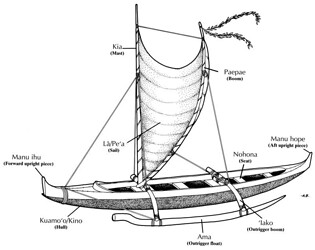 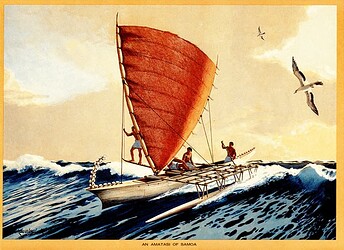 Polynesian Tattoos - Increases the strength of native warriors. Could also give them the promotion mechanic since they are signs of maturity and honour.

Tapu Marae holy sites could appear on the potential Polynesian maps shown below. More Details on these maps can be found here:

Expanding into the Polynesia region could bring a world of fun and unique content to the game. New civilizations like the Maori and Hawaiians whose societies were transformed by the arrival of European explorers would be great additions. This content would require the addition of several new maps to represent the region. I propose the following maps for their inclusion: Hawaii, Atolls, Polynesia, Aotearoa, Southern Alps, and Rapa Nui. [Polynesia Region] Settlements Tapu Mare All of these m… 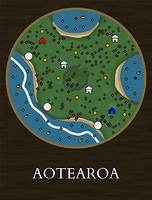 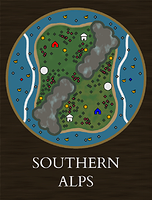 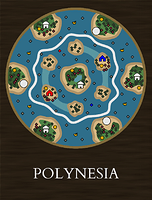 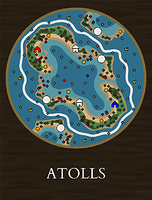 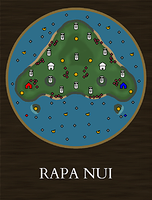 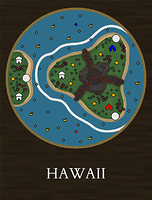 Great work with the research, I LOVED the map ideas. 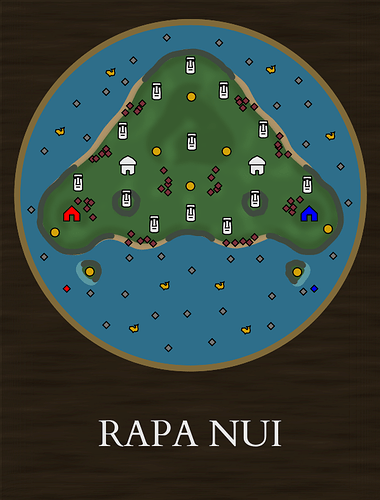 I assume they are captureable statues. What purpose would it have? 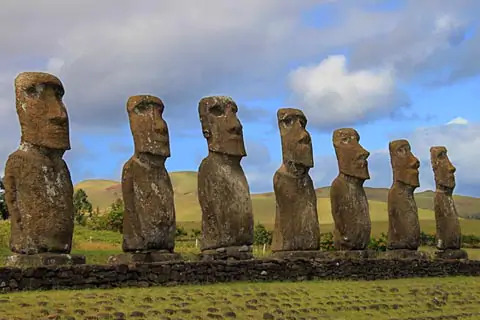 What purpose would it have?

Rapa Nui and Hawaii are copying the features found in the Wars of Liberty Pacific maps. In their Easter Island map, there are no trees, but capturing Moai status will grant you a trickle of wood.

Initially, I was struggling to figure out how to do Easter Island since it doesn’t have any trees. My preferred way to do it would be to have quarries as an alternate/supplemental source of “wood” on maps where trees don’t make sense (polar regions, deserts, Easter Island, etc). However, that’s kind of a fundamental change to the resource mix so it’s very unlikely to be added. Having the Moai grant a trickle solves the problem in a way that’s more compatible with the current framework of the game. It can also still fit with the quarrying concept since many of the Moai were still unfinished in their quarries and could be depicted as such. 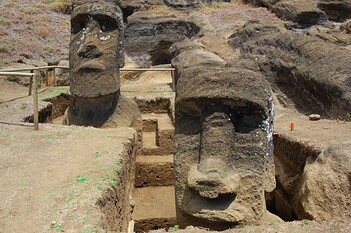 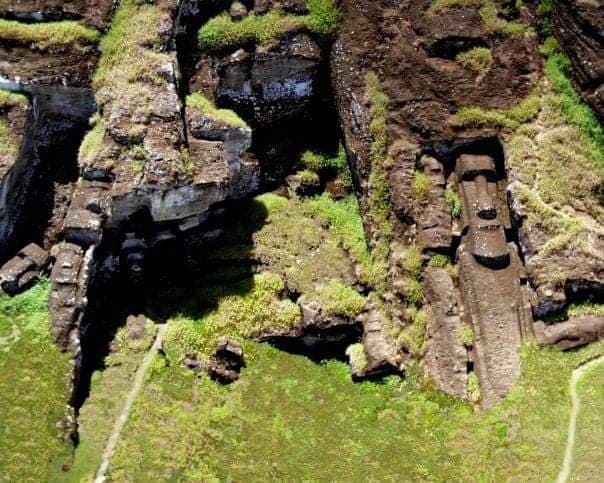 I definitely agree that they should add the Maori and Hawaiians as full civs, and the maps seem neat.

I like the map concepts, really good variety while also being representative of the region. My favourites are Atoll and Southern Alps

Not 100% on the hybrid military/economic units thing, I personally do not like the Oldenburg hunter or the various revolutionary soldier-villagers… I find them awkward. Not great at fighting and not great at gathering. Plus, the shore fishing feature would be really situational.

I think I would personally be happiest with just the Clubman and Canoe units. I think the Canoe unit would be the most important to get right and make unique, considering the importance of boats to the various Polynesian peoples. My feeling would be to make the Canoes really fast and with a high attack but low HP, and let the player mass them, something like a merc version of native canoes.

Since DE expand the continents in game, oceania seems like a right mini dlc option! One civ, a few maps and natives could work. Really like your idea for natives!

Not 100% on the hybrid military/economic units thing, I personally do not like the Oldenburg hunter or the various revolutionary soldier-villagers… I find them awkward. Not great at fighting and not great at gathering. Plus, the shore fishing feature would be really situational.

I’m thinking something more like the reworked Klamath Rifleman that’s primarily a weaker military unit that can gather as a secondary function. The Oldenburg Hunter is really terrible and I wouldn’t want another unit like that. Shore fishing would be a little more viable on maps with more constricted waterways like Atolls but otherwise yes, it’s pretty situational. I primarily wanted to add it because of the account of their use in battle so I’d definitely want them to lean more into the military role.

It’s also way too niche for an economic unit with it only being able to hunt. And then it has an “upgrade” where it can’t even hunt anymore but still is trained one at a time.

I’d really like to see Maori and I’m also working on a suggestion for them.

They’d have an interesting mix of units, like the Kotaha whip sling, Tipao catapult, and powerful Musketeers. They almost lacked ranged infantry in early ages so it would make for a very interesting unit composition.

I also made a Maori suggestion of my own. Here’s the thread: Native Civ Idea: The Maori