Sapsan updated render/work in progress for new Roman House(s).
The bottom row/middle house is the latest version. Really love how this one has progressed.

I want to add two houses to each age matching AOE 2 and AOE 3 Style houses, so they are a complete set and don’t have to borrow between Greeks and Romans. 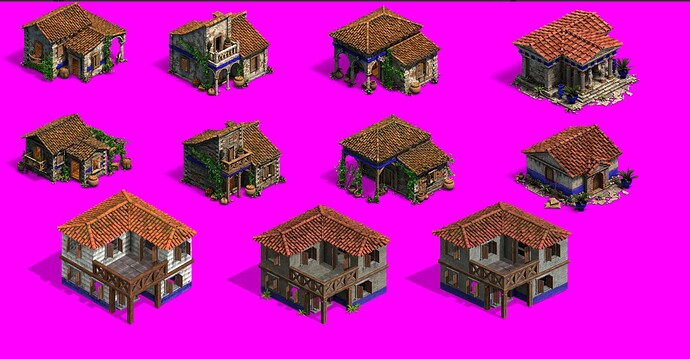 Getting closer and closer to style and texture of AOE house. 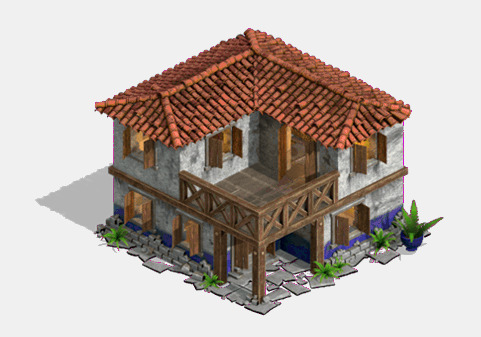 Hi sir, do you have these building set in the SMX format which I can use for AOE2DE? I would love to add them in.

They will be but they are not done yet, need to finish textures and accessories. Then we are going to create upgraded version and finally destruction animations.

Oh, sorry I’m referring to the Asian building set that @pate623 posted above.

@PeakHornet46539 no I have not touched these as they are not a priority for my mod. However, @Amburio created a great tutorial that can be referenced to convert these to SMX.

Sorry, I don’t have any SLX files for those images.

@TheConqueror753 I finished the Roman Empire balancing updates. Will start on Roman Republic next. Have to admit this was super fun to implement

Thank you for putting so much thought into this.

I like having Elite Legionary upgrade and new techs and civ bonuses. Really makes the civ feel more fleshed out. Excited to start on the others. Should be a simple copy and past for all the technologies, affects, and unit attributes when new DLC comes out.

Do you have the original SLPs? Before the AOE1DE patch that spoilt their format for conversion?

No, I don’t have the old SLP files.

This first building was a prototype of doing custom model for buildings. All other buildings in mod today have been ported over from AoE or copy and paste. I tried before with another Artist but was unable to get a good match. Sapsan has been such an amazing resource for units. Excited to potentially have his talents at work for new buildings going forward

Nice, and by the way, if the game doesn’t auto generate the civ tags, they should probably be the following:

House in game testing for comparison. Tile size may need to be slightly increased to match other houses I think… 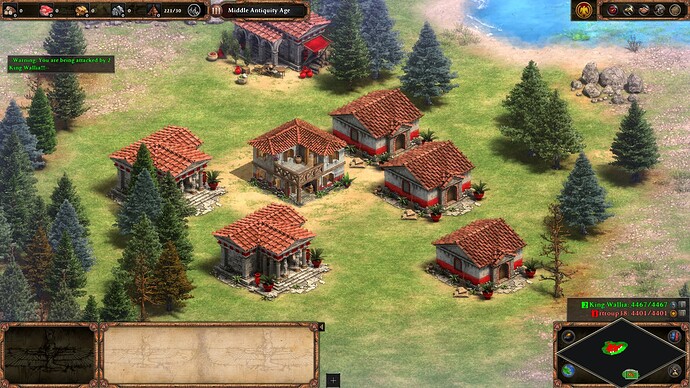 Updated version below with minor adjustments. I think this is the final version. 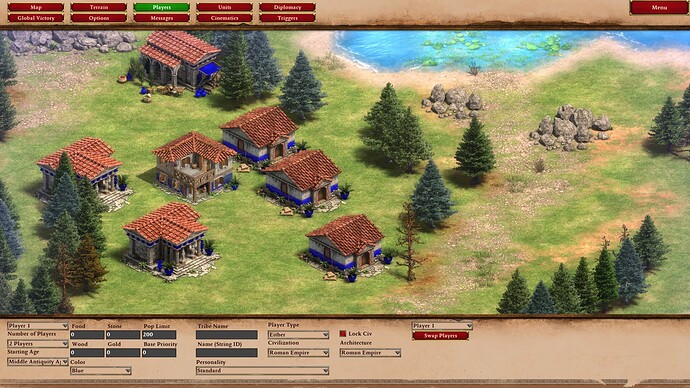 Just a quick question, what are the actual Roman Wonders? As in, what are they called, and do the Empire and Republic use the same wonder?

So currently both get Greek Govt building upgraded version from AoE as their official wonder. I also enable other monuments to be built though including Arch of a Constantine renamed Arch of Septimus and Colosseum from Scenario editor.

I have created other buildings that currently lack destruction animations, Bascilica Aemilia, Temple of Concord, Curia Julia, and Temple of Vespasian. These have smaller footprints but were created for Scenario Editor to recreate Imperial Roman Forum. They are not complete or final though and none are in the mod currently except Aemilia which replaced Feitoria.

Many are pictured here: 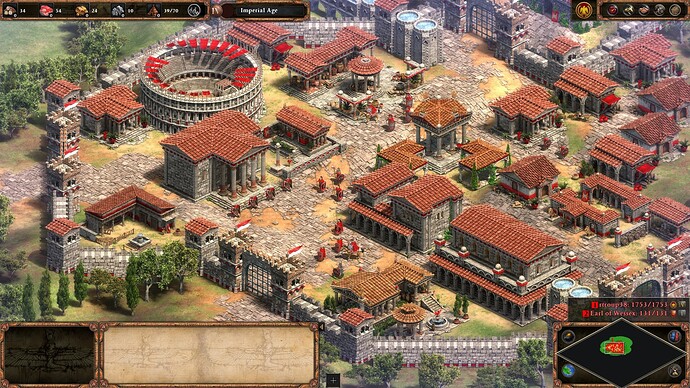 Yeah, I get that, but what are the actual Roman wonders called?

@TheConqueror753 Wonders are not named in the game as far as I know. They are sometimes mentioned in Scenarios via dialogue or objectives, otherwise I think they are just identified in the UI as either Monument in scenario editor (non-destructible) or Wonder in game play.

I know, but you designed the wonders used by the Romans, correct? So my question is, what are the buildings that inspired the wonders actually called? I know the in game wonders don’t have names, but they would have been designed based on something that did. 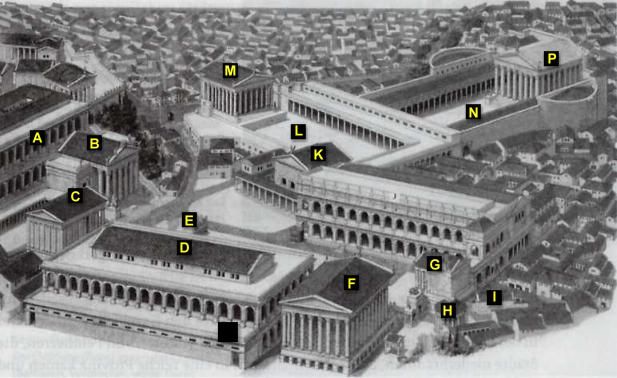 And then which ones did you pick as wonders to use?