Self explanatory images to solve the problem of india infantry training time and their almost useless artillery... in treaty and long games 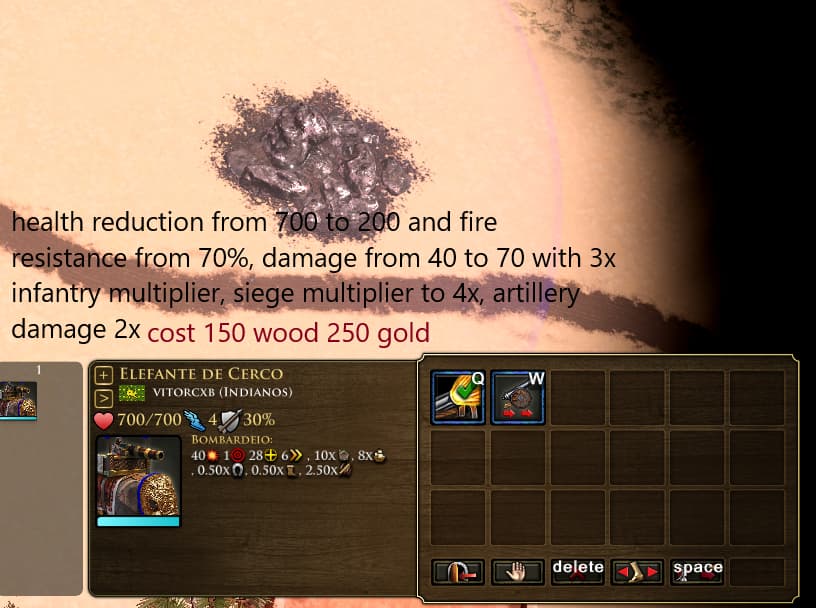 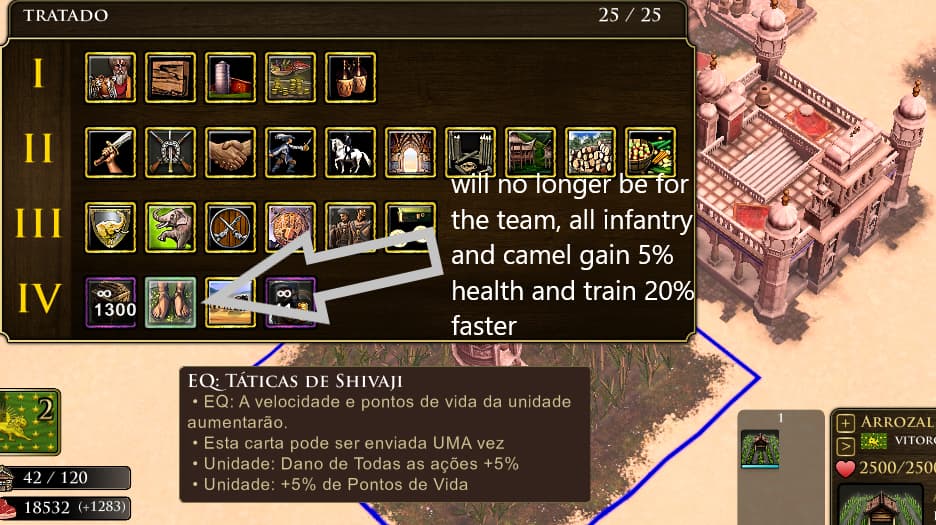 you know by this point it seems simpler so simply add a new consulate option for india, rather than giving them special rules compared to Japan etc.

like i think dutch would be a bit too much for india honestly. but who knows, maybe one day we could get danes as a consulate option for them.

do you imagine youre suggestion in supremacy ?

that’s not the problem, but I can already say that your suggestions are impossible for the supremacy since it would be broken lol, so you have to find something else

The ‘green coats’ card could do another function, and give the option of an arsenal with the upgrade of anti-infantry rifles so that it affects all units of this type and not just the Gurkha.

The zamburaks need 2 more range points, just like Howdah, since their counterpart from Ethiopia can reach 18. (I think)

if its for treaty, then I haev suggested to buff the Ele pop reduction card such that all ele have 5 pop, should be more than enough to make them strong.

For the consulate idea, I say just add mosque for Otto and that is enough for train time.

yeah giving them an arsenal is WAY overboard.

people are seriously undervaluing india anyhow, not an india player myself but seeing floko play them is scary, he just pour so many units in.

The Asian dynasties was a bad expansion pack from the start.
Asian civs were broken from the start, consulates were supposed be there to ‘fix’ them.

But now we’ve gotten used to the brokenness.

Now we’ve got African royals and that was much better implemented, Asian civs should be a little like African civs.

Export should be something you put effort into…not a by-product of normal resource gathering. Units from foreign consulates should be just the same as japanese isolationism. As an example as an indian player I don’t want to spent my precious export on redcoats just to get ONE falconet, I’ve already got sepoys.

They can be given an armory, but by reducing their base stats a bit, as I explain on my forums.

For the zamburak:
- The Indian zamburaks: I wish they had more range, as much as a dragon with the improved arsenal. (You could add a point of scope as you get older.) If necessary they could reduce their life or their attack a little in case they are too strong. Anti-cavalry elephants are very strong and have a good range, but they are very slow and with a low cadence, therefore not very versatile, although I think they could also have a little more range. Nearly outdated stuff that could be useful. (Potential improvements)

For the sepoy:
Also reduce sepoys base mele damage by 20%, as they would have access to the socket bayonet upgrade. Improving the viability of Indian wonders for treaty mode or extended play

since you pinged me, well, I disagree with everything in the top post. Arsenal would be absurd for india. no. not without a bunch of unnecessary changes to accompany it.

The armory is necessary because it affects a wide range of units and not just your own units, such as mersenaries or natives. The base stats of units can be reduced accordingly as explained above. If they never have an arsenal, at least give them this:

For civilizations that do not have access to the arsenal, in case of allying with minor facsions it would be good that in those places exclusively for facsions without arsenal, there are 3 improvements available: In case of being gunpowder cavalry, add the upgrade ‘cavalry snail’ In case they are skirmishers add ‘anti-infantry rifles’ In case they are musketeers add ‘socket bayonet’ This would make native allies more useful for civilizations that lack these technologies. For example, when th…

Aztecs and Incas could benefit as well.

If you want the Indians to get an arsenal or a church, it still makes the most sense to make it available to the Dutch ally. Even having 5 options of allies will not be out of balance as long as the Indians are still limited to a cumulative choice of up to 4 allies.

Once the player has selected 4 different allies, that remaining option will be permanently unavailable. Even if the player chooses to End Relations, he/she can only choose a new ally among the allies he/she has selected before. This way even opens up potential possibilities for U.S. ally of the Chinese and Japanese.

yeah but an arsenal is a wide buff, so you are also give 10% more hp to mahouts, +2 range for howdahs. if we need a buff to those units we can do it else where