After a while, here are some new ideas.

Maybe too powerful for the Dutch. Changing it into making the settler train time -15% may be better.

Up to 3, as same as the passive effect of the semi civs on the African maps.

There is a card with a similar name “Calendar Ceremony”, so this tech can be renamed to Human Sacrifice.

To put it succinctly, just let the unit cards which are no longer can be sent able to be sent once again.
The term Tawantinsuyu literally means “the four Suyu”, a empire which accesses and conquers the four directions. Peoples from any direction can come and support the empire.

The card Autarky already make Kancha Houses able to generate wood.
To reflect the name of Bursera Graveolens, the effect can be changed into that the villagers gather wood 8% faster, and the friendly units regenerate HP when close to trees and Kancha Houses.

I found that it is too similar to the card Huanka Support of the Incas.
Maybe it should be replaced by other new economic cards.

I think the card should make the basic militiamen reusable. Even if they lose life it would be enough for a defensive plan. It should also increase the town center’■■■■■ points by 10%.

This would give the pens a good use, but I would like some historical truth XD.

I think that with the improvement “pioneers” is enough. That is, even though your villagers are exposed from chasing hunting, they will be harder to kill. That is why I have proposed that it be absorbed by the advanced market.

What could be done is to enable a new improvement that prevents the hunt from rotting.

I think more fishing boat shipments could be interesting so I thought about what civs would benefit from the shipment and here’s what I came up with (3 fishing boat is worth ~2.5 unupgraded villagers on hunts or coin mines)

But essentially you’re saving wood plus crafting time, and once the dock is built you can start applying the fishing upgrades, or just add more fishing.

I think the advanced mill/plantations need to be reviewed. These cards are basically useless nowadays, with natural resources expanded to last well into fortress age.

They should also reduce the costs of upgrades by 50% or something.

And Land Grab makes them rather redundant.

those cards where never really useful to begin with.

On top of current buffs they could give +5-10% production, but maybe have balance hits.

A Possible New Letter to the Lakota: 'The White Buffalo’ 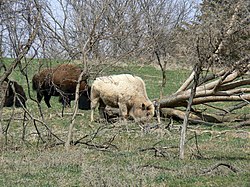 A white buffalo or white bison is an American bison possessing white fur, and is considered sacred or spiritually significant in several Native American religions; therefore, such buffalo are often visited for prayer and other religious rituals. The coats of buffalo are almost always brown and their skin a dark brown or black; however, white buffalo can result from one of several physical conditions: White buffalo are extremely rare; the National Bison Association has estimated that they only oc...

You will receive a white buffalo that will give you 2000 experience and he will be able to work in the square with the rhythm of 5 workers and will count as 5 workers. In case it dies you can create it in the square.
Possible New plot solution on obtaining Lakota and Haudenosaunee coins

Advanced plantation is useful in the campaign, especially the steel part.

Why is there still no age 3 culverin shipment? III - Discussion

After all this time, I really think that all the European civs could use an age 3 culverin shipment. Most civs can send either a 1 or 2 falconet, so why not add in a 1 or 2 culverin shipment when it directly counters the falc? Especially when the Japanese can send the 2 flaming arrows, which have more range and deal bonus damage to artillery. Currently, to counter a two falc push the best thing to do is to build an artillery foundry and train them yourself, which costs 300 hundred wood + 100w, 4…

Yes sir, we could really use this