DESCRIBE THE ISSUE IN DETAIL (below). LIMIT TO ONE BUG PER THREAD.
Traditional Chinese version’s units, geography introduction and technology tree need to be fix, adding, change, and translate completely.

What was SUPPOSED to happen if the bug you encountered were not present?
Make sure introduction of military, civilian units and geography be translate completely, change repeat picture and introduction, adding the missing picture.
Technology tree be corrected.
My solution to repeat parts:
Use new one replace it or just remove the old one, because not every civs rely on mercs/outlaw to fight the war.
We should have new “Revolution Units”, “Treasure Guardian” and “Outlaw” branches in the introduction to prevent mistake and repeated like AOE2 since DE launched!
Let me say again:
If you have SIMILAR NEW ONE, just REMOVE OLD ONE! 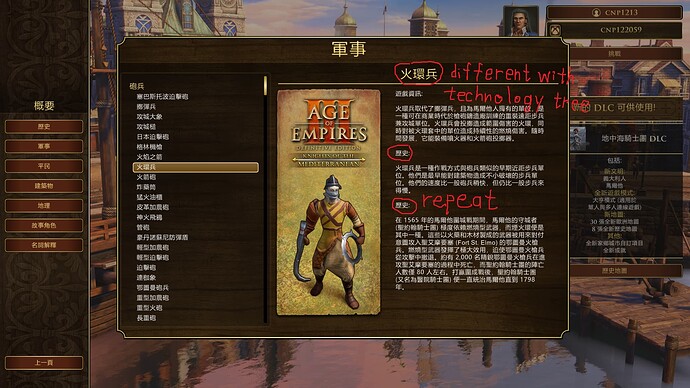 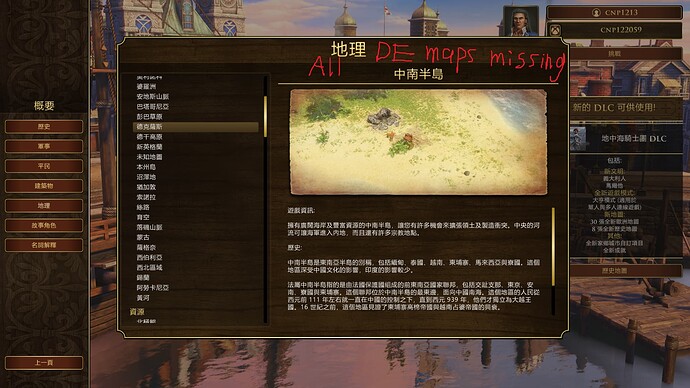 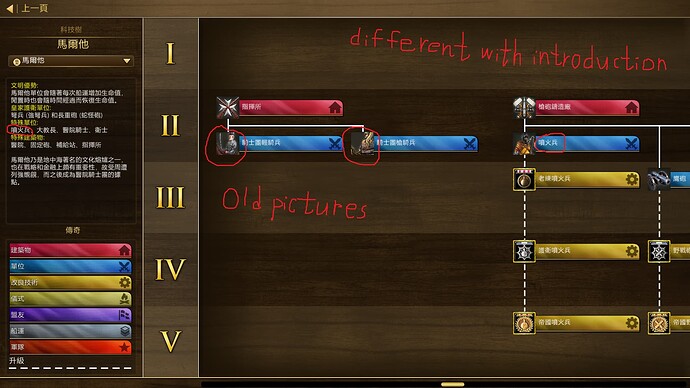 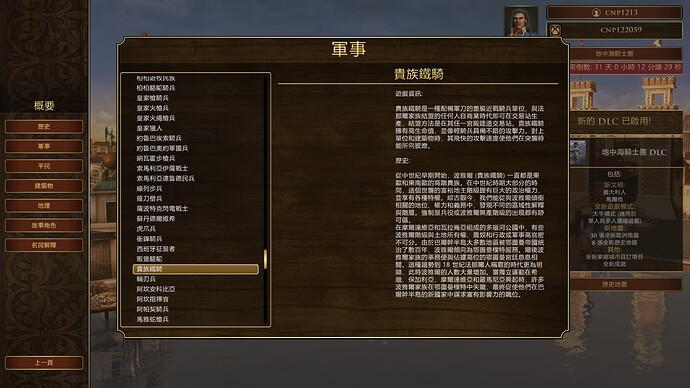 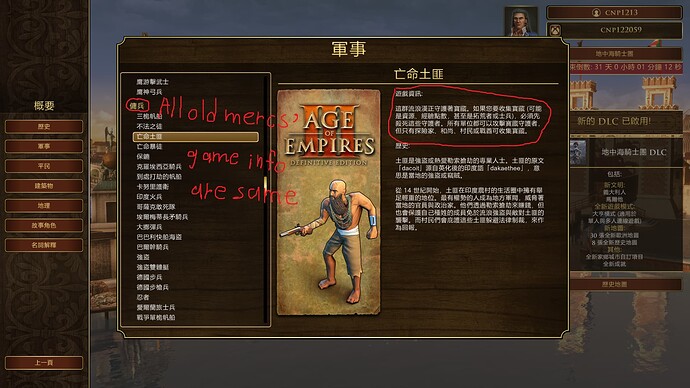 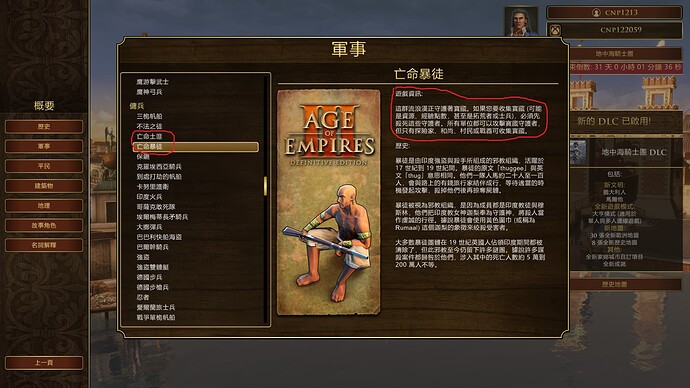 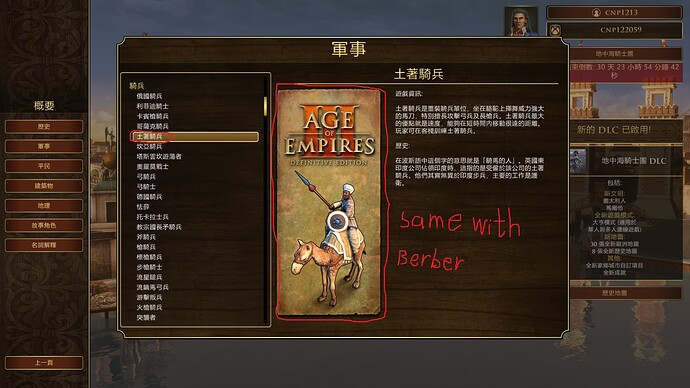 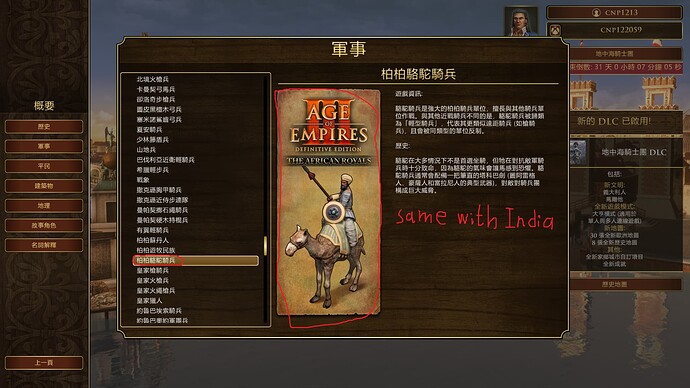 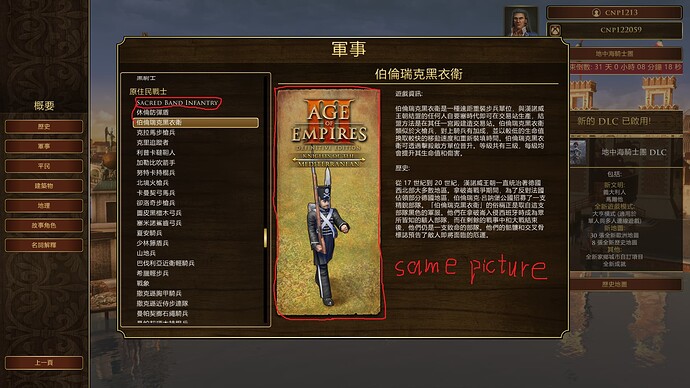 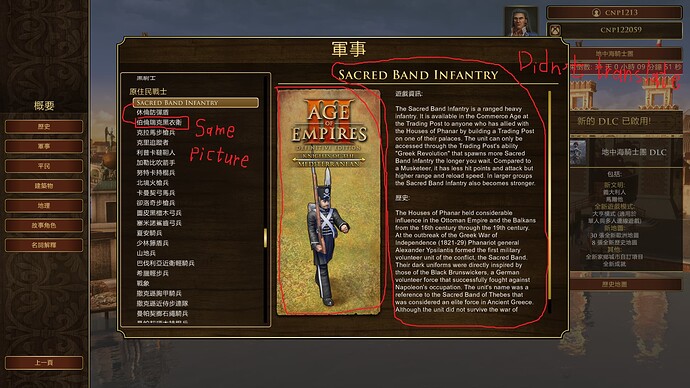 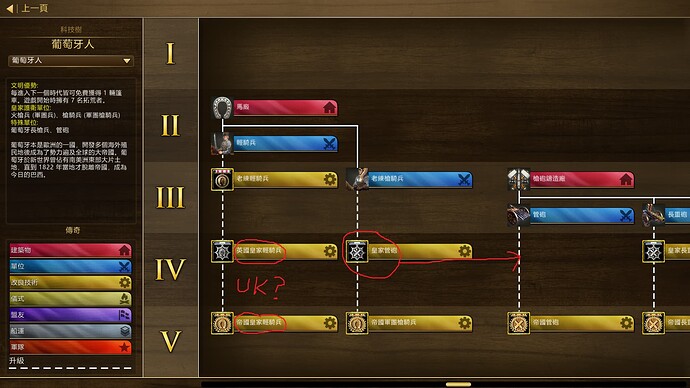 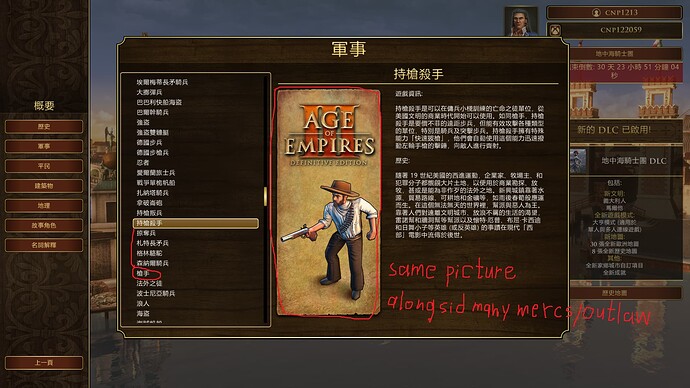 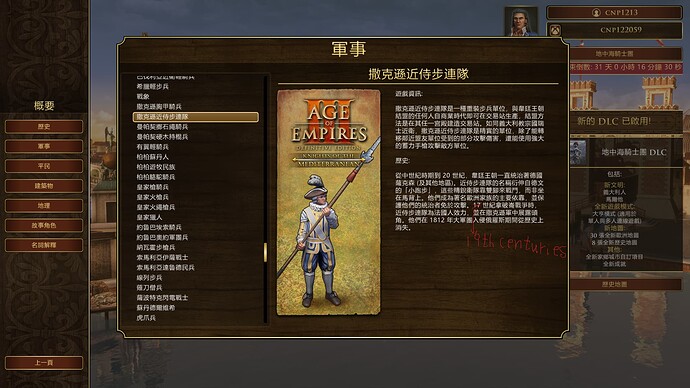 Sorry, I just found another part need to correct.
Since US and Mexico became playable civs, these introduction should be update as well.
Also since minor civ became playable, the developers use NEW minor to replace it.
I don’t understand, WHY NOT follow the example with Revolution option to prevent mistake and awkward at same time??? 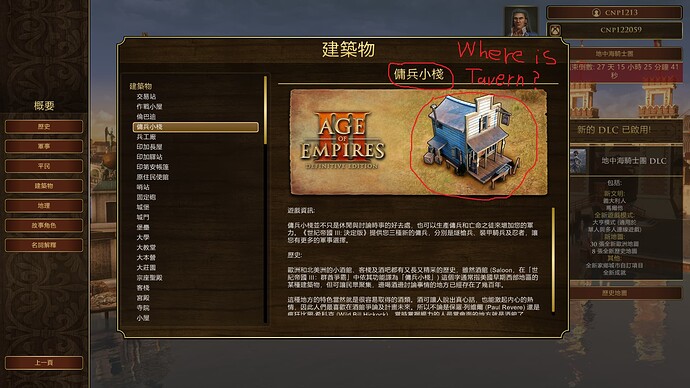 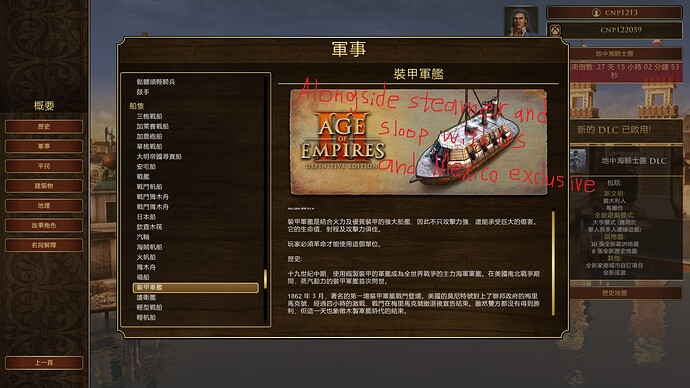 Finally, it’s really not hard to find how was the bayonet looking before modern bayonet…
These just part of it, we really need small change these units model… 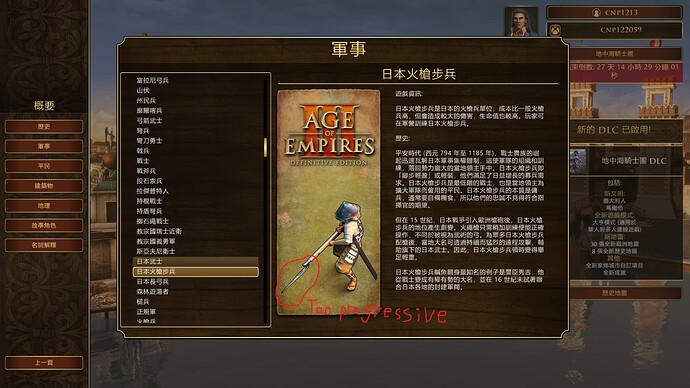 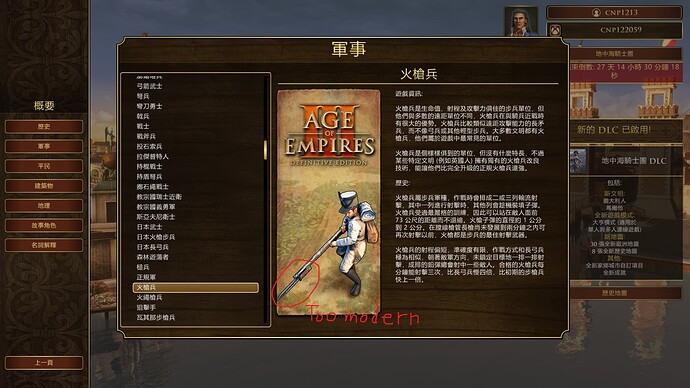 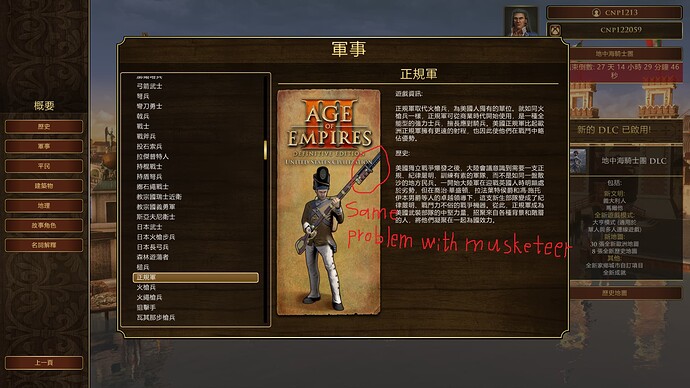 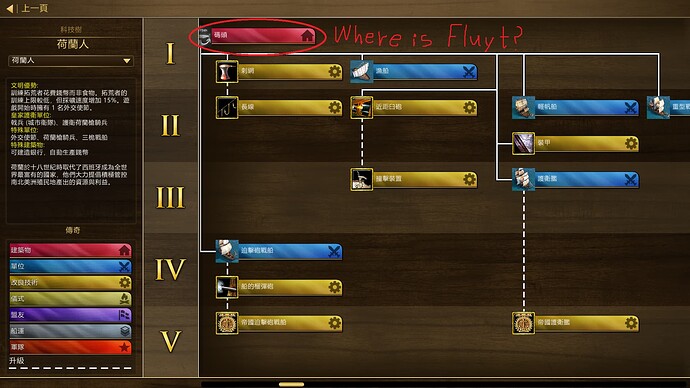 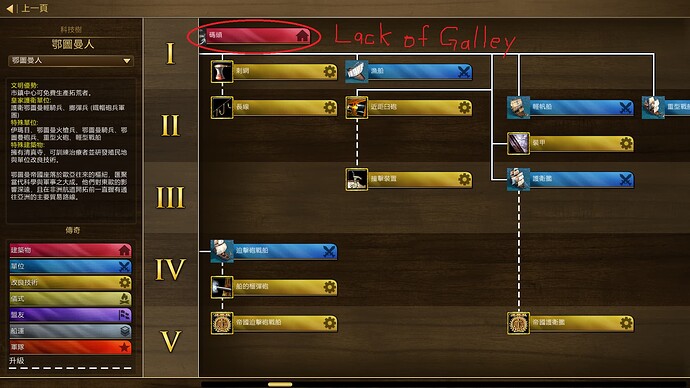 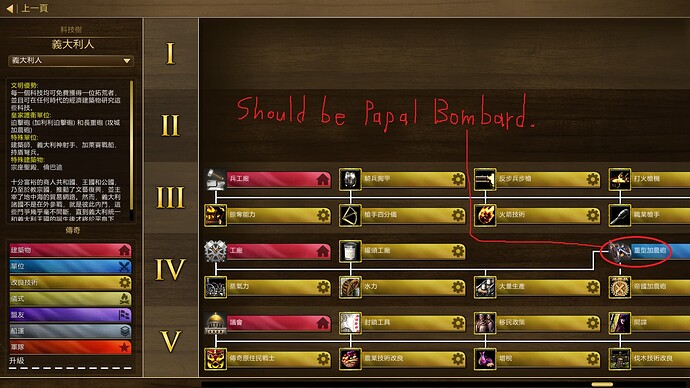 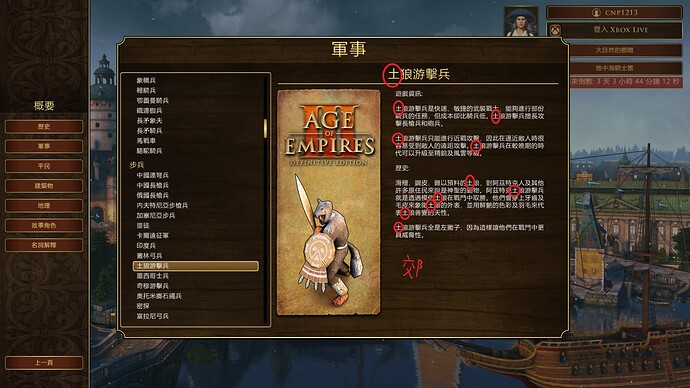 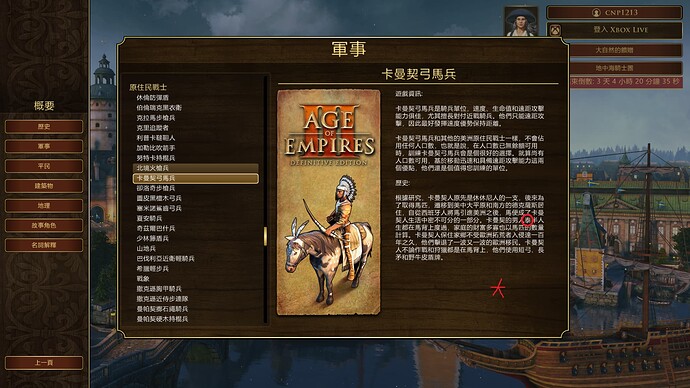 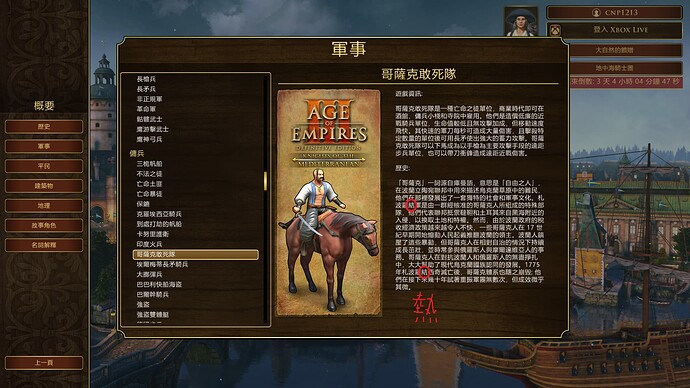