Was the stuttering introduced in a patch jul2020 ever fixed?

was the suttering introduced in a patch in july 2020 ever fixed?
See Huge lags after the new patch

Are there other mentionable patches which worsened the game performance, and were never fixed?

My game runs fine, performance only ever improved for me, I’d say try it yourself (you know, different hardware may have different problems)

That doesn’t answer my question. Did you have performance changes with the july 2020 patch or not?

I can’t tell for myself, because I was not around back then. All I know is that my game runs so bad, that I can barely play. I filed a bug report for my particular problem, see FRAME TIME BUG, micro lag, performance issue, video stutter
But I am searching some links to other people.

Ah sorry I misunderstood your post, can’t help you with this one, good luck

Yes this one has been fixed long ago. Unfortunately, the recent one has brought new freezes after players clicked up to the next age. Hopefully gets fixed in the upcoming one which should be released soon.

the Serjeant bug when you task to build donjons still persists

This might be an obvious question, but i still wanna ask it: Do you meet the system requirements of the game? 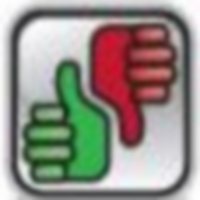 Check the system requirements. Can I Run it? Test your specs and rate your gaming PC.

Personally i dont notice a lot of lag. Only in some team games if the game decised me to connect to a server at the other side of the world for some reason.

1
but this was not the question here and also, if you read my bug report, you knew it.
so @WoodsierCorn696 what pc do you have?

so @WoodsierCorn696 what pc do you have?

…It’s ridiculous how you can’t get a specific answer to a specific question in this forum, whoever you talk to…

What’s the best civ in the game? What do you mean it depends, can’t even answer this simple question?..

the Serjeant bug when you task to build donjons still persists

I never got LotW, what’s that?

…It’s ridiculous how you can’t get a specific answer to a specific question in this forum, whoever you talk to…

I tried to help you with the limited knowledge of the coding and stuff like that. Personally i dont have notice any increase of suttering since july 2020. I do still remember something around April 2020, but that was fixed at some point. Not sure when exactly.

Well, firstly it has been answered: Yes, the specific one you talked about has been fixed (even pretty fast bc it was more annoying than any other freezes so far introduced by new patches).

Secondly, you ask a question, even get your answer and then still complain? This is what seems rather ridicilous to me 11

you ask a question, even get your answer and then still complain?

I was not complaining about you, I am thankful for you answer.

Are you another window 7 user?

Are you another window 7 user?

Bro i tried out everything to get the game to run smooth!
Reinstalled Win10, tried out all driver settings, ingame setting, multiple driver versions.
I am considering buying an NVidia card…
24

Oh man, no one has understood a single word of what you were asking 11

The stutter or lag when a player clicks up was introduced btw the lords of the west dlc or the previous one.

The stutter and lag in general outside those precise conditions has been partially fixed, if you are experiencing stutters then slowdowns and fast speed ups during the game, then its not performance, those are micro drops or disconnections.

I faced the freezing and shutter before LOTW, and it is not only in multiplayer, but in singleplayer too.