Which has better graphics, AoE3 DE or AoE4?

Hmm , not sure . Maybe they are talented people making games looks nice but they had broke my favorite game (aoe3) , aoe3 DE is a hot mess , the performance is HORRIBLE and the readability + unit models is actually WORSE than aoe4 , you just can’t say no , all units in aoe3 are all the same or at least look the same .

Aoe4 Beta actually have better performance BY FAR than aoe3 DE , I had never been disconnected from a match in aoe4 for example.

So in conclusion (keep in mind this is my opinion)

Aoe4 : Cartoony graphics combined with realism , Units match with the art style , And it has great performance

Do you know what ? Aoe3DE is like battlefield 5 , the best battlefield looking but the worst in the saga.

I actually prefer this : 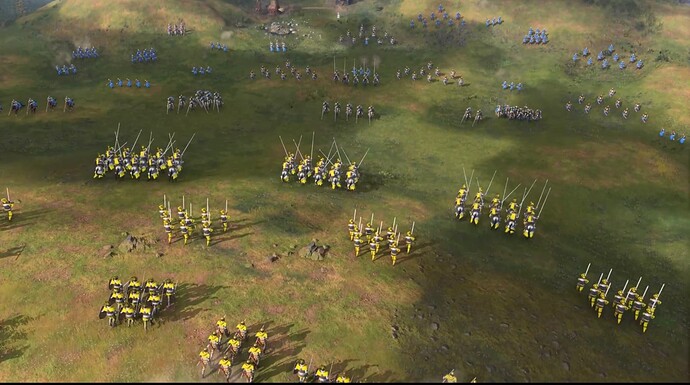 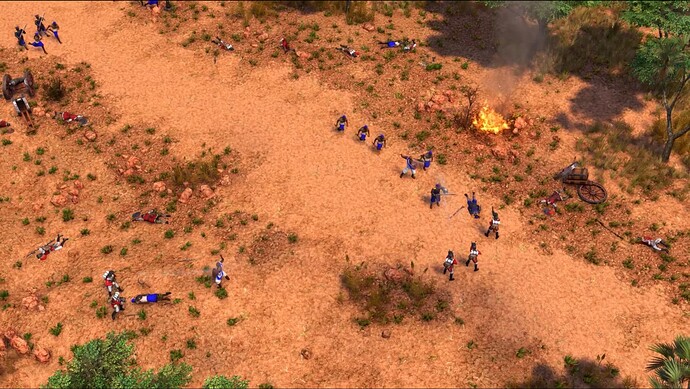 Both images have been taken In the same resolution

Well , that is all

Keep in mind that this is my opinion and I also like aoe3 , not DE , vanilla only.

It was my first aoe game and my favorite on the saga , but I have to admit that aoe4 is way better , that is all lads , have a good day.

I’ve finally made up my mind .
AoE4 is better

Played this Afternoon: 4k version Is not yet available.

For me, it’s very readable and incredible detailed at the same time. Did you read what did I say? Readable is but it doesn’t have good performance and units doesn’t match with the art style

marcoracosta205 jimmy19846071 The community recently started an AOE-3 photo contest. This shows how proud we are of the game for its looks. The graphics of AOE-4 lacks more vigor and detail. The only thing they really worked to make it look nice is the meadows and the terrain. However, they need a touch to make them more organic, just like trees. 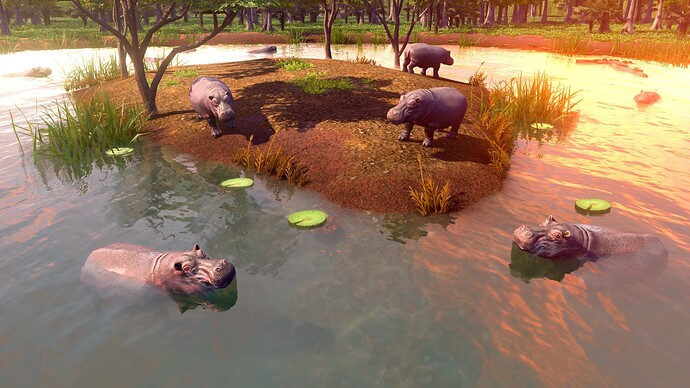 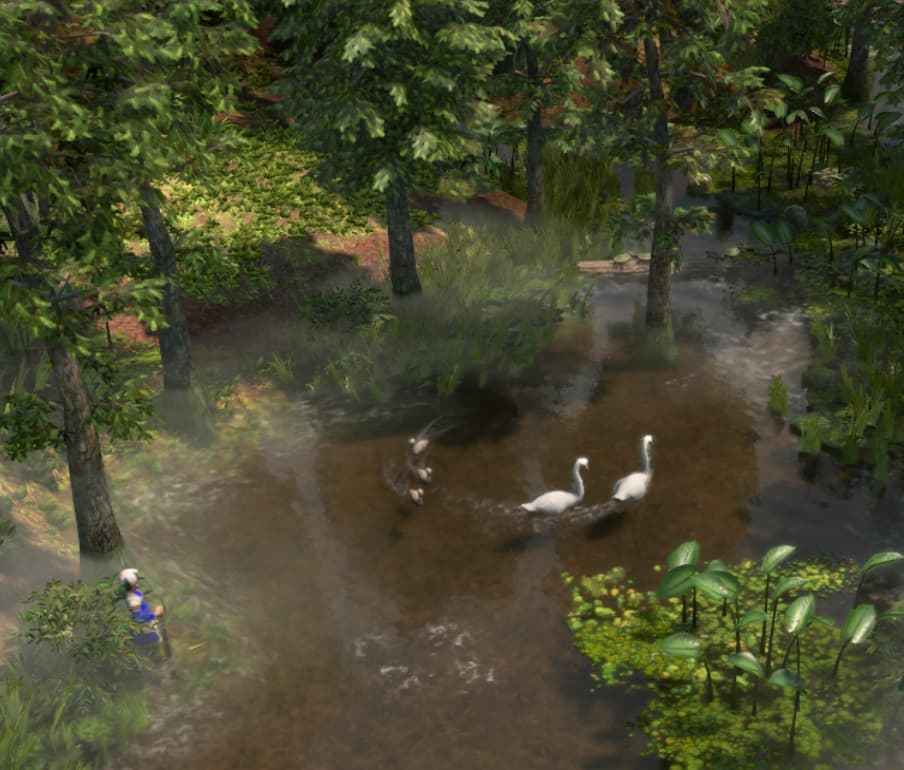 Everyone knows AoE3 is the most a e s t h e t i c of all the age games. With all these amazing new units in the Africa DLC, I want to bring back an old tradition that I recall from the early days of AoE3 forums. The screenshot contest! Post your best, most aesthetic, most well crafted screenshots, composed either in-game or in the scenario editor. I remember back on aoe3heavengames there were some truly awe inspiring shots that people took. At the end of the month I will collate them all …

(Not to mention the disproportionate buildings and artillery without operators or transportation.)

You picked such a bad image for AoE3. I like them both, but here’s a pretty one taken from the steam page for both: 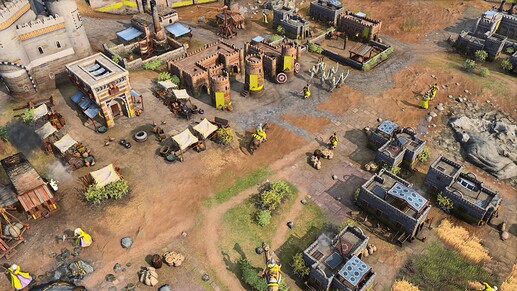 I like both, and you can have your own opinion, but when we put their best foot forward I see AoE3DE coming out ahead.

You picked such a bad image for AoE3.

Nono, i picked a random image IN the royal trailer with units and ground , that was my point about my post, to demonstrate that aoe3 units doesn’t match with the style and ground ,

Also , if we are gonna compare aoe 4 with aoe3 , I’m gonna choose another image showing a city for aoe4 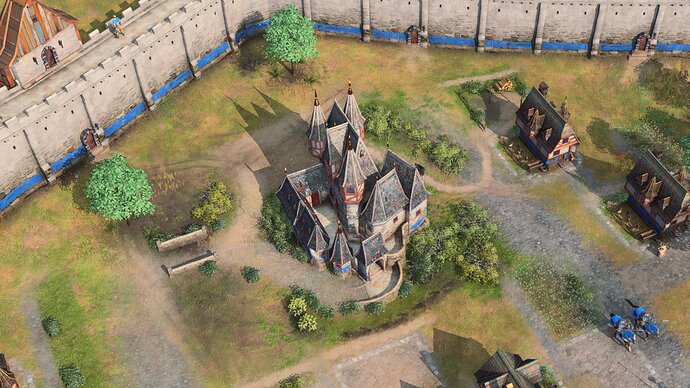 The image for AoE3 really is never going to happen ingame, ever.

The image for AoE4 actually is easily achievable because of how bushes and paths form around buildings.

I was thinking same that my game never looks so bad in AoE3.

How about this? I see things pretty close to this in my games:

You will never come across a base built like this. Let alone the unchopped trees, the unbuilt wagon, (what is this huge dock? haven’t seen it) and of course the nicely tilted buildings.

Of course if you really tried, you could recreate this. But I would wager that it is a lot easier to get a nice looking base going in AoE4.

By pictures alone, those images you’ve posted look a lot nicer to me, but I have yet to ever see such thing in the actual game.

Well I can do this all day. Honestly i just don’t know what you guys are seeing. I think aoe4 looks good and I want it to do well but we can also recognize what a great job the devs did with aoe3.

No comparison can be made at the moment

7. Enjoy what you have, and take it as it is : a whole. New game means not only new graphisms, but also new mechanisms, new balance, new everything.

Nobody has seen Age IV

yes they have, they had a closed beta. not to mention they have shown a lot of footage, which we can assume only to be things they want us to see.

It is a Beta, they may have only let us see some things and the final can be very different

generally speaking no, it is extremely rare that there are significant changes between Beta and release, usually its only bug fixing or maybe slight balance changes.

AoE 3 DE was reshaped 1year ago based on already existing objects, it is of course way much easier to improve an existing object than creating one from scratch

arguably it is actually easier to start from scratch, esp since AOE3s engine is ancient compared to AOE4s. sure you dont have to come up with original guidance art and can generally reuse animations already in game but on the other hand legacy issues with the engine and its limitations will also be a persistent issue.

Nobody has seen Age IV

I was in beta , so I already seen the game

AoE 3 DE was reshaped 1year ago based on already existing objects, it is of course way much easier to improve an existing object than creating one from scratch