Yes, we would BUY new DLC for this game!

Shall Microsoft release new downloadable content for this game like Lords of The West for AoE2:DE, we would most likely buy it! But please, if you follow this path, don’t abandon the game optimizations and bug fixes, alongside with new features and improvements. AoE1:DE has, as others have said, INFINITE potential!

We would love to see new paid DLC/expansions being released for this game. New campaigns, units, technologies, buildings, etc. Even “what if” scenarios would be amazing too, just with the excuse of having more content. Here’s another relevant topic: Should there be new expansions?

I hope you consider this, both Microsoft and the people involved in Age of Empires 1: DE.

I wouldn’t buy any DLC for AoE:DE as long as the game is as broken at it is now. If they fix everything, then I will buy it. 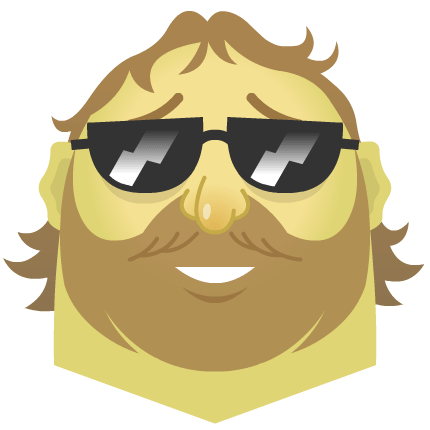 I wouldn’t buy any DLC for AoE:DE as long as the game is as broken at it is now.

Of course. We need more free updates including bug fixes and better optimization

To be honest if AoE1DE would get new DLC with 2 new civ and 3 new campaign for 10 $/euro it would be more worth than AoE2DE since AoE2DE already has 35 civ and much more campaigns than AoE1DE.

I love the game, but since update 38862 arrived, instead of feeling more excited to play it, the exact opposite happened. Units getting stuck, and new positions not working properly (see here, here and here) are a serious problem that must be taken into account.

I am also bothered by the fact that after so many months, campaigns have not yet been re-evaluated so that the artificial intelligence does not beat the player even on “easy” difficulty in scenarios like Holy Man or Crossing the Alps.

I wrote for round about a year I would pay for DLCs or skins.

If they had planned, made and marketed part 1 better from the beginning, more people would play it for sure. But now they just let AoE1 die.

I would buy a DLC for AOE1 but only if it had 100% European civilizations.

If anything, AoE1 is the game that mostly need more European civs. It only has 3.

Give me that CPU and I’d gladly buy DLC

AoE1 DE does not run poorly for me.

On a more serious note, AoE1 could use at least Celts and Scythians, if not Germanians and Iberians too.

When we are talking about new civs for AoE1DE then I could name 3 quite easily Celts, Germanians, India and assuming there would be 4 new one, fourth one would be more tricky.

I come up with 4 European cultures

But I know what you mean. But the question is, which so-called ancient empires are they supposed to be?

Maybe Parthians but that are the only one. Perhaps a bit little for a DLC.

Yes, i would buy it!
Add some civs, fix the major bugs ( such as unit stuck) , improve multiplayer lobby a bit ( closer to age 2’s), add new maps and flare !!
Also it would be good to add some units like light cavalary and heavy camel.

I am definitively in for more content of my fave age game. I wonder however about two things:

1-I played AoE DE almost daily between April and October and it didn’t feel buggy (at least not more than the original, great job by the FE team) . I think the last patches solved the most annoying issues, in my experience. So, the people who complain about all the bugs, have played it lately?.

2-Unlike in AoK, in the original version of AoE, it was impossible to add more civilizations, you could only change the existing ones into others. If DE has the same limitations, adding new civs may be impossible.

Anyhow and just for fun regarding the civilization ideas: I’d say Parthians (Arsacid dinasty) are already included in Persia.

I would like to see Vietnam, Nubia (although maybe that’s included in Egypt?), Indus Valley, Mauryans, Olmec, Chavín.

AoE is my fave Age game, however I feel that marketing would not have helped as much with sales.

AoK DE was not heavily marketed and yet it got lots of sales because people keep AoK un such a high regard (is like the assassin’s creed 2, street fighter 2 and The Empire Strikes back of the series. They are all are 2: coincidence? I don’t think so).

Sadly, people are just so biased in favor of AoK and so used to its mechanics that the only way, imo, that AoE would have sold much better was to make it a new skin for AoK, and I for sure, would have really disliked it.