With Lords of the West and Dawn of the Dukes released, I propose another DLC about the Indian subcontinent.

In line with LotW and DotD, this one would feature two new civilizations, three (or four) new campaigns and some new units, QoL improvements etc. Also, I tried to fulfill the requirements how new civs are normally designed as described by Bert Beeckman, the lead designer of Age 2 DE.

As I have been inspired by many suggestions circulating online, I want to thank everyone sharing great ideas for civilizations, units etc. The Dharma mod is especially amazing and well deserves being mentioned here explicitly.

Some aspects are not yet finished, so I am looking forward to your feedback! This also concerns balancing as I am not a competitive, but a casual player.

The wealth of India attracts explorers, traders and conquerors from near and far. Step into their shoes or build and expand a powerful and wealthy Indian realm yourself.

Why should Bengalis be included?

Why should Tamils be included?

A cunning vizier serving the Sultan of Bengal, Alauddin Husain Shah has only waited for a perfect opportunity to topple his master. When a rebellion breaks out, his moment to usurp power has come. How will he rule Bengal? Can he establish internal and external peace and initiate a golden age? Or will struggle and conflict overwhelm the multiethnic realm?

Born as a prince, Rajendra is raised by his aunt and learns military leadership from his father Rajaraja. When Rajaraja dies, young Rajendra has to rule alone. Will he follow in his father’s large footsteps and become a famous emperor himself? Eager to continue his legacy, he thrives for even more conquest beyond traditional Tamil lands and has sworn to prepare his son, too, before his time has come.

Mahmud is only 27 years old when his father, a slave commander in Zabulistan, dies. But instead of him, his younger brother Ismail is designated as successor. Not ready to accept that, Mahmud revolts against his own brother and becomes the first Sultan. To expand his costly military empire, he throws an eye on the large riches of North India. Can he break the power of the Hindu Rajas, acquire war elephants and huge spoils of war and establish vassal principalities in North India?

Rather easy campaign (one sword)

As a Muslim court eunuch, Zheng He wins the favor of the Prince of Yan and helps him to become Emperor. To secure tributaries, alliances and trade routes, Admiral Zheng He is ordered to command the powerful Ming treasure fleet and explore the western oceans deep into foreign cultures and realms. Will he come back with precious gifts and honor or fail and fall to pirates, sea battles and storms? The Emperor expects nothing but success.

Rather easy campaign (one sword)

38 Likes
Some DLC concepts with the same pattern as LotW and DotD
[DLC suggestion] The Wealth of India
Persian Campaign
New campaigns for which existing civs?
Some DLC ideas similar to Lotw and Dotd
Possible addtion new civs
Which factions do you think should be added to South Asia?
CloudAct August 3, 2021, 4:55pm #2

3 Indian civs would be too much for what appear to be such similar peoples, but one of these would be a great addition. Alongside the Siamese and the much requested Tibetans in an Asian themed DLC. And I would prefer your concept of the naval-themed Tamils over the Bengalis who appear as yet another Elephant and Siege civ which we already have as e.g. the Khmers.

Then they could proceed with Africa and the Caucasus, both regions severely lack representations but that’s a different story. I definitely hope they’re going to focus on India next. A (sub)continent cannot possibly be represented by a single civ.

such similar people is just a perspective from west…

Fair but even their tech trees would all be hard to distinguish if not for a naval focus and the west just happens to be the majority of the playerbase.

If they overdid it with South Asian civs, they’d look all the same to us unless for some reason one is particularly deeply involved in India’s subcultures and ethnic differences, no disrespect.
Again I’m not saying there shouldn’t be another Indian civ, however 3 or more would be out of scale, despite their large landmass and sheer population size.

It would all look the same to us unless you are for some reason particularly deeply involved in India’s subcultures and ethnic differences, no disrespect.

And that’s where the campaign plays in. Instead of nurturing ignorance by having a civ called Indians which would basically be like having Slavs for all Eastern Europe or even worse Franks for all of Europe, such a DLC could teach people a lot of history they don’t know (much) about.

I know very well how some people here dislike some of the European civ umbrellas here and I think that they should do the same approach they did in the past two DLCs for regions like Asia, Africa and America.

Again I’m not saying there shouldn’t be another Indian civ, however 3 or more would be out of scale, despite their large landmass and sheer population size.

If we can have 4 Slavic civs for the Slav ethny, why shouldn’t we have 3 at least for the hundreds of ethnies in India. It’s not like there weren’t empires either with Pala, Chola, Rashtrakuta and the likes.

It feels like a tasteless joke to me, the way often you compare the subcontinent of India to all of Europe - which in itself can be clearly divided into West, East, North and South with a whole different level of diversity.

I agree, that’s why I proposed Siamese and/or Tibetans alongside Tamils.

I have to say I absolutely loved your ideas, and believe this would work really well as the next expansion.

just like india lol… india can also be divided into north , south , east and west with huge diversity

just like india lol… india can also be divided into north , south , east and west with huge diversity

Still a terrible comparison considering the level of diversity of Europe’s different regions compared to India’s.
Not to mention that Europe is about three times as large too.

And quit putting words into my mouth I didn’t say. I believe two civs total for India would allow for a fair representation while leaving room for other neglected but important regions.

I wouldn’t say we have many South East Asian civs (there’s still theoretically Champa as well as Thai to add), but it’s ridiculous to have a single Indian civ though.

It feels like a tasteless joke to me, the way often you compare the subcontinent of India to all of Europe - which in itself can be clearly divided into West, East, North and South with a whole different level of diversity.

It feels like a tasteless joke to me that you think that India is a monolithic block which can be represented by a single civ. I was somewhat like you in the past but I’ve read a very interesting book about Indian history which teached me a lot. You know, with the Mercator projection of the world map a lot of Westerners have the feeling that India is as big as France, Germany and Italy (regions which are now represented by 5 civs by the way) combined but it’s actually way bigger than that too. 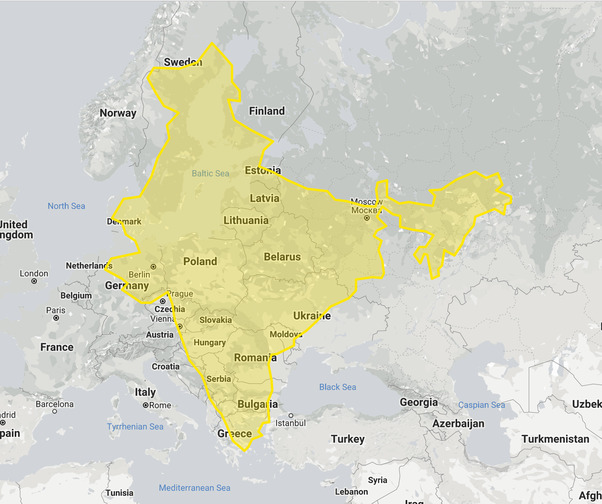 with less population density than india

with less population density than india

Which alone literally is next to irrelevant.

It feels like a tasteless joke to me that you think that India is a monolithic block which can be represented by a single civ.

That’s what they eventually became. Over 70 years as a collective state lets lead to the conclusion that their civilizations aren’t as different as it’s e.g. the case with European nations.

That said, I’m sure the devs choose expansion civs wisely and won’t give us multiple copies of hard to distinguish civs of the same ethnicity.

That’s what they eventually became. Over 70 years as a collective state lets lead to the conclusion that their civilizations aren’t as different as it’s always been the case with European nations.

This game is not about the Middle Ages, not present day politics. That’s why we can have civs like Burgundians, Goths and Cumans too.

Which alone literally is next to irrelevant.

Why is having a lot of people in giant empires with dense cities not relevant in a game of empires?