Some new cards for future updates

2: New: Aventureiros (Age II)
Come fast! Pikemen and Portuguese scout are enabled with charged attacks and improve melee armor by 10% (Pikemen receive a powerful crossbow attack with a bonus against cavalry and the Portuguese scout receives an attack that stuns the first enemy to attack for a few seconds)

3:New: Feitorias (Age IV)
Enables a new building for the Portuguese that can only be built by the explorer, manufacturing mini-factories that produce 3 resources at the same time (2 food, 2 wood and 2 gold per second) has improvements for the production of resources (they are limited only to 4 ) this could be a replacement for traditional European factories

7: New: Spice Trade (Age I)
Send a Trading Post Wagon and by building a market near the trading post on the trade route you will get a slight resource trickle (1 of each and 0.25 exp per second) this bonus cannot be stacked on the same post commercial, and it will only affect the first market built near the tp, if you capture another tp, you can make another market next to that one and get the bonus with that one too. Available for Portuguese, Indians, Ottomans.

8:New: Potsdam Grenadiers (Age III) Cost 750 gold
Send 4 Giant Grenadiers and give them a powerful charged grenade attack and allow them to train in the barracks and the tavern. available for germans

9:New: Mounted Nizam (Age III)
Arrive fast! Transform all your archer cavalry into mounted Nizam, a mounted cavalry with better bonuses and damage, but with less hit points and armor. Available to the Ottomans

10:New: Ryadovoys (Age III)
Improves the range and line of sight of the strelets and change their wood cost to gold but they are more expensive (38 food 25 gold). Available to Russians. Range +2 line of sight +4

11: New: Palestinian Auxiliaries (Age II) Cost: 350 food
Arrive fast! The militias of the Urban centers no longer lose resistance points and can be trained in batches (3 in 3) in addition to enabling the improvement of veterans in the urban center, in addition to being worth half the population, they are affected by the technologies from the armory. Available for Ottomans.

12:New: Reich Rietters (Age III) cost 1000 gold
He sends 2 Black Riders and improves their damage and Hp by 50% but their cost is increased by 25% and their range is reduced by -2, enabling them to be trained in forts. available for germans 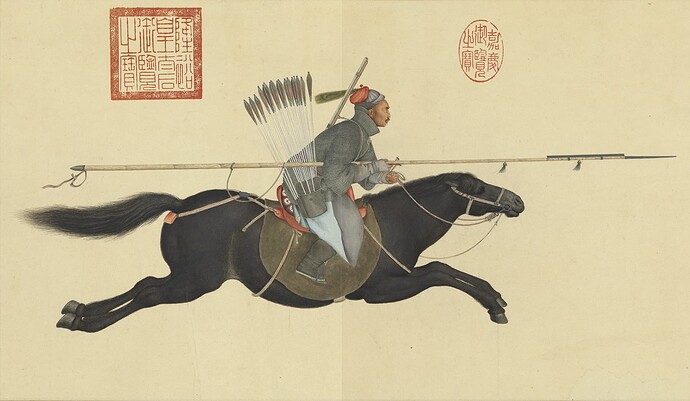 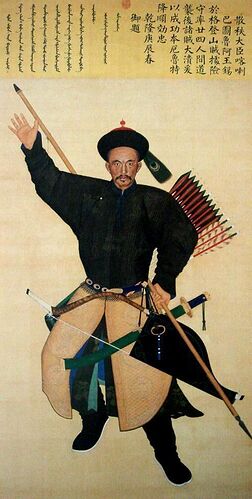 manchu872009070823163535×1072 90.2 KB
I would like to explain why this new card is added to the Chinese
Everyone knows that manchu is a mercenary, and everyone can use it, but they are Manchus, but they cannot be trained and produced by the Chinese, only cards from hometown, 9 for 1000 gold, 5 for team, and 17 mixed military. I think China (Qing Dynasty) should be able to train and unlock this unit, because manchu is a very distinctive unit to represent China (Qing Dynasty). Keep everyone recruiting them as they are now, but the Chinese have a special bonus to manchu. Hope the suggestion will be implemented

This is the meaning of Baturu, warrior, hero

Baturu (Manchu: baturu; Chinese: 巴图鲁; pinyin: bātúlǔ) was an official title of the Qing dynasty, awarded to commanders and soldiers who fought bravely on the battlefield. In Manchu, baturu means "warrior" or "brave." It is originally from the Mongolian word baγatur, which has the same meaning. At the beginning of the Qing dynasty, only Manchu and Mongol soldiers were permitted to receive the title. In the Jiaqing period, over 100 years after the dynasty was founded, the emperor started awarding...

New cards: Military musicians and flag bearer (age 2) Drummers and flag bearer are only trained in barracks to encourage the unit’s attack power and movement speed. They have their own note aura gain (drummer’s Flute and horn are replaced and not stacked) and stables are trained for mounted drummers and mounted flagmen to encourage the cavalry unit’s movement speed and attack power. They have their own note aura gain (not stacked) the only all European United States and Mexico Asias civ New cards:1.school a building that generates XP and slowly researches random Technology (age 2)There you can train a Scientist (limit of 3 units) who can build Roads (increasing the speed of units), Bridges (possible to build on rivers) and Wells (increasing the efficiency of Mills, Estates and Livestock Pen) 2. X Company - Similarly to Italians, civ sends a company consisting of units based on a given nationality, e.g. Greeks, Scots or French. Is new building’s

I like the idea of giving China special access to Manchu. I don’t think China needs any more anti-infantry options, if anything I would like Manchus to gain extra multipliers against cav and maybe some range resistance (10% or so).

There is a systemic problem to be addressed as well. Asian civs weren’t included in the DE mercenary rework, which means they don’t have access to imperial mercenaries by any means, nor do they have infinite mercenary shipments in Age IV. The Age IV shipment you referred to should be an infinite one for example.

You are right, the Chinese really don’t need too many anti-heavy infantry units, the increased ability should be changed to additional anti-heavy cavalry units

I think this sword saint card should also be strengthened. The current effect is to increase the movement speed of the samurai by 10%, and increase the food and gold by 10%. Currently this effect is weak.
My idea is to speed up the melee attack by 20% on the basis of the original 1.5rof and turn it into 1.2rof 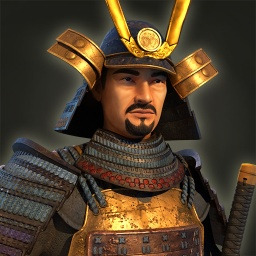 Im all up for Aventureiros for Portugal, but in Age 2 they would be either Montante(Greatsword) Infantry, or Halberdier Infantry, heavily armored.

They would be Nobility, hence they would have money for best weapons armour and training. 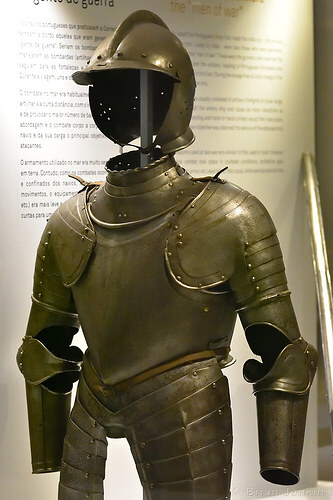 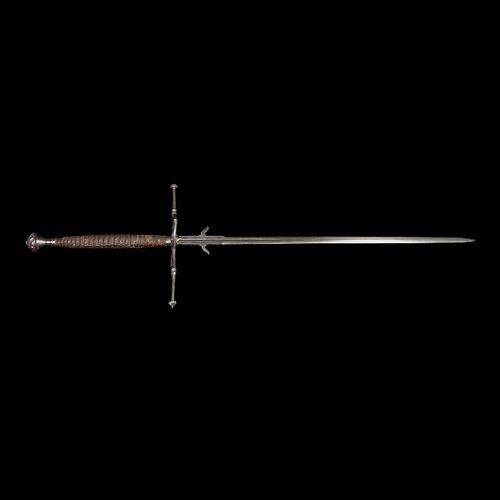 And Feitoria? Awesome. Its odd that a staple of Portuguese Expansion does not feature in this game.

Lmao i keep forgetting that happened!

I want to suggest an update focused on cards.

Reforestation III: A cart of trees (5000 wood to fell)

Empire Generals III: The scout becomes a general who can recruit militia ( militia do not lose life, but can only train 10)

Landlords I: farms, plantations and their equivalents buildings can be built from the first age and produce 15% faster.

Age of Steam IV: Upgrade trade routes to the maximum and increase the speed of the trade route by 20% (Basically trains and their equivalents go much faster)

Now down here I’ll write a rework for some units and cards I had in mind, I won’t create a new post as it would mean spam, and I really don’t like that.

Rework: Imams (Ottomans)
Now these have a slight economic aura that increases the resource collection rate by 2% for each magnet, (now their number is smaller now only 15 can be created) their resistance is improved by 10% and their Hp as well.

Rework: Emissaries (Dutch)
These Dutch Couriers can now be garrisoned at native embassies and trading posts and passively produce XP 0.20XP/S On Tp per Emissary 0.35 XP/S per Emissary at Native embassies, their cap is now It has been increased to 7 and now the card with 3 emissaries is no longer a team card but increases the number of Emissaries by 3.

Rework: Card “Tácticas de los Tercios” (Age II) (Spanish)
Spanish pikemen now have a powerful arquebus attack to counter infantry and rodeleros now improve their hp and armor by 10%. The shot of the Spanish arquebusiers only has a range of 10, its damage is 25 with a bonus of x1.4 against all heavy infantry. (affected by rifles against infantry)

Rework: Geese Salvajes technology (Spain)
Instead of 8 Arquebusiers, he delivers 16 Irish Brigadiers, improves Hp and Damage by 15%, enables them to be trained in the barracks and in the tavern.

Rework: Advanced Mills and Estates Card (Age I)
Now these 2 cards will merge into 1 and their effects will remain intact, the card will be called “Advanced Agriculture”

Rework: Market Card and Advanced Trading Posts (Age I)
Now these 2 cards are merged into 1, and the effects that occurred are still intact, the card will be renamed “Advanced Trade”

Rework: Unique Technologies With Negative Effects (Either Thin Red Line “Corselet” or Coffee Trade)
Now they only give their positive bonus and the penalty is removed but in return they cost resources, a thin red line for example would cost 300 gold and 350 wood.

Advanced Market card can give to the market the Lombard resource conversion ability (Without other bonuses, so the Italian Lombards are still better)

Lombards are capped at 5 and have several cards that boost them. My proposal is to turn the market into just 1 lombard, through a card, and without other cards to improve it. I think it would be more fair and balanced that way.

9:New: Mounted Nizam (Age III)
Arrive fast! Transform all your archer cavalry into mounted Nizam, a mounted cavalry with better bonuses and damage, but with less hit points and armor. Available to the Ottomans

We could create an ‘infinite horse archer’ card and the card turns all horse archer shipments into mounted nizam.

In addition, the horse archers are replaced by the nizam mounted in the fort.

A new card for Lakotas that would make a lot of historical sense: 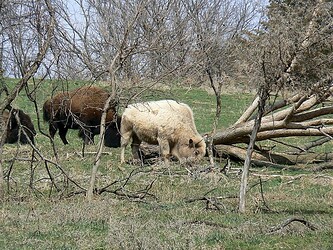 Age of Steam IV: Upgrade trade routes to the maximum and increase the speed of the trade route by 20% (Basically trains and their equivalents go much faster)

Except the camels. They look ridiculous at the current speed. XD

It could also reduce the prices of factory upgrades.

Also a rework to the ‘Draft Oxen’ card would make it a new card unlocking a new worker type: