Amburio, thanks to your tutorial I was able to convert almost every Roman buildings to AOE2, however they don’t blend well into the game. I agree, the Greek set blends well because the roof tiles more closely match the Med buildings in AOE2, Romans are reddish.

PS. I joined your Slack group but not much activity there. Also no files are shared except Navin’s. If there are any files I can help with let me know. 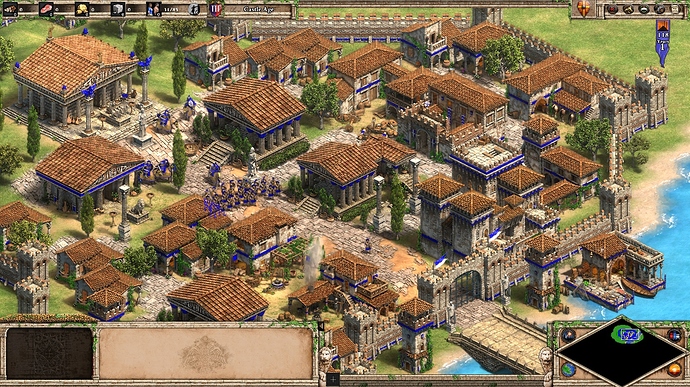 In this time I didn’t just migrate AOE building to AOE2 since with sizes and proportions they don’t really blend AOE2. AOE2 buildings are tall, while AOE1 are flat. In some cases I used photoshop to edit them. The castle for example was shortened a bit, market was replaced with Trade Workshop, since original one is too big. The Greek Gov building looks great as wonder.

Regarding the Slack group, I created so we can share our buildings for different mods, but haven’t done much for the moment. I came back to modding after a week.

After that pause I’ve decided how will I continue with this mod. I love how AOE2 has different cultures from many continents while AOE1 is more limited in that way. Since the variety of building sets is wider in AOE2, I can’t get rid of AOE2 buildings. I have decided to try blending some AOE1 buildings into AOE2.

This is an example made by PeakHornet: 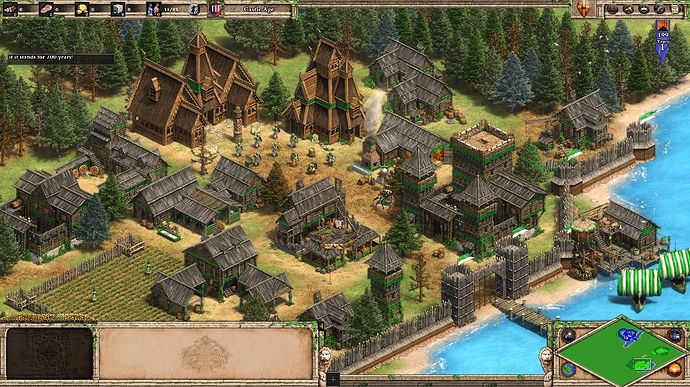 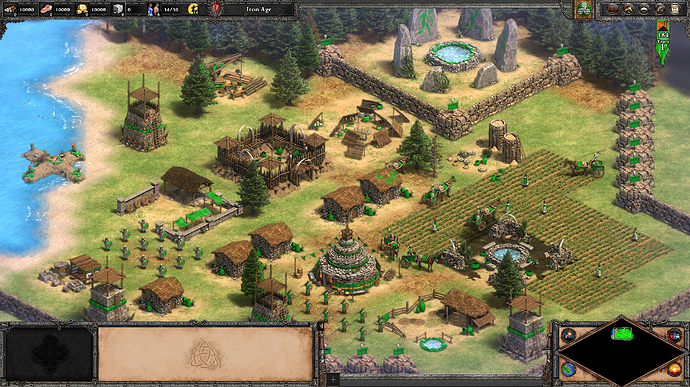 Anyone interested in joining the modding discussion, you can join our slack group with this link
https://join.slack.com/t/aoe2modding/shared_invite/zt-e1ki1kn6-CKYX5vywgRI765TYG7GXFQ

Why is there an Egyptian Chariot in the Celtic Village? 11
Don’t mind just kidding, it looks really beautiful! Good work!

Did you create those new buildings, how is there destruction animations?

Hi! Yes I created those buildings myself, just by merging different building images in photoshop. Those won’t have destruction animations for now, since it’d be a lot of work to manually edit each 60 pictures.

Ancient celts used to have chariots in their armies, but well, we don’t have different skins for each civ lol. I’m planning to make chariots available at the second age, but weaker than cavalry, so they’d be great for eary raids. What I’ll do is using, AOE1 axeman, norse warrior, and Berserk as infantry line skins for celts and germanics.

Ancient celts used to have chariots in their armies, but well, we don’t have different skins for each civ lol

why not use this chariot for celts?
https://vignette.wikia.nocookie.net/ageofempires/images/c/cd/Scythed_chariot.jpg/revision/latest?cb=20191019161718

That’ll be their upgrade at the third age. Main chariot civs will be egyptians, celts & persians. Other civs might only have the unupgraded chariot only.

This mod seems similar to yours

Hi While some issues of the mod in it’s launch are still being worked on I’d like to take this moment to formally introduce my project I’m Mac B, the creator of the Project AG3 Ancient Empires mods on HD, Voobly, and now definitive edition. Like many people, I preferred the balance and engine of aoe2 but the setting and theme of aoe1. In 2018 and 2019 I worked for months on the first release of AG3 on HD. At the end of the year in 2019 I worked for a month upwards on the Voobly port of this…

Well that’s impressive, I’ll have to check that mod out. I didn’t know others were working in the same concept atm

Yes it’s a cool mod, but my goals are a little bit different. The main purpose of my mod is to port Age of Empires Definitive Edition as clean and true to the original as possible in terms of graphics, sounds and gameplay. I don’t want to mix it up with AoE2 and I don’t want to add anything else than gates. The project is already quite advanced, but it will still take some time until the mod is finished.

You said, that there are some obstacles, which you can’t work around?

It seems there are 3 similar projects about AOE1 then. I’ve downloaded AG3 mod and for me the buildings look too big and the units too small. I’m making AOE1 gates too, let me know if you are interested in using my textures. Here’s an example of a roman gates. I’m also making castles that will match AOE1 textures. 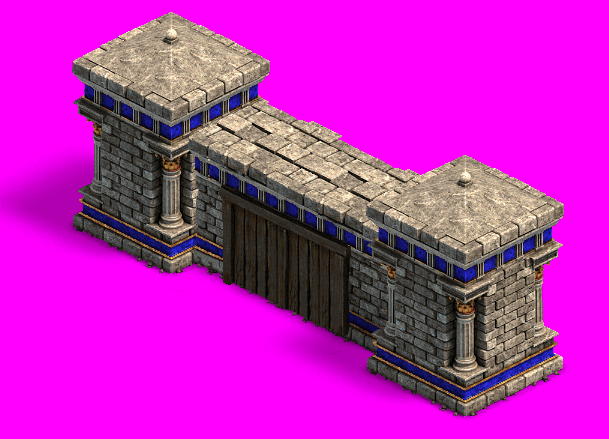 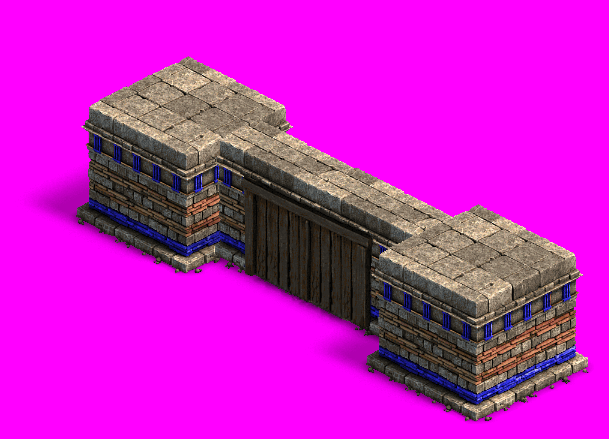 Yes, there are a few compromises I have to make, but so far they are bearable.

Thanks for the offer, I’ll let you know if I need anything.

Is it for UHD as well?