A request to developers - vote

Age of Empires III: DE III - Discussion
MUTYLATOR5553 February 10, 2021, 6:12pm #1
Do you want “Napoleonic Era” to become the new DLC and do you want the developer to get along with the creators of this mod?

This poll is only about that one mod.
Information about this: 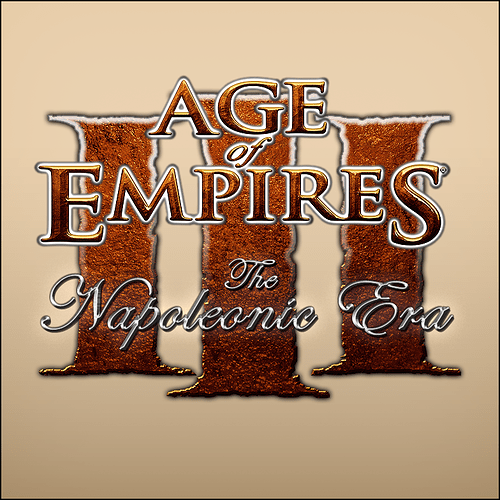 Personally, I propose a season pass for this game. The above mod could be one of its DLC.

Another thing I want to say is that I don’t want NE or WOL, not all DLC. Probably the majority of those who answered ‘no’ have that idea.

The lead developer of this mod and the (lead?) developer of Age of Empires 3 DE is the same person. I don’t mind.

They will release 2civs/DLC and each will cost 10 bucks probably.

I would definitely love to see more DLC for AoE3! I’d don’t believe I would want the DLC to take place in Europe proper for the Napoleonic Era but a campaign of Napoleon in North Africa would be cool.

There should be a option for no, but still wanting dlc. I don’t think the mod itself should be upgraded to a dlc, but i think you can take ideas from it if they are planning some european dlc, although I personally believe they should focus on other areas of the world first (Africa, indonesia, maybe more south american civs) before europe. Considering Italy was the third scrapped civ, maybe I’ll be proven wrong.

An interesting mod for sure, a lot of work went into that. It can be used as inspiration for new DLC but shouldn’t just be added as is. For one it adds several new mechanics, buildings and units.
Also it adds an Habsburg Austria a Holy Roman Empire, Prussia AND german natives? That’s a lot, and the Habsburg Austrian and the HRE are basically the same. The HRE even ended in the Napoleonic era, I don’t know why it is in this mod tbh.
Also Switzerland? Maybe Im missing something about their importance but they seem like an odd choice.
The US is allready a revolution, but I guess it could work? Not sure here.

Hard choice because I’d like new DLCs but not necessarily NE. NE adds too much new stuff and some of them are a little out of place (e.g. Age-up with woods?).
However the Swedes seem to very much be inspired by NE, and I’d say borrowing some unit designs would be nice. To be more specific:

Moreover, they added some unique arsenal-like upgrades for Aztecs, which is nice because Aztecs is the only civ that does not have access to any military upgrade from buildings (besides some big buttons).

Edit: so I’d like “downgrading” the mod to fit the game better rather than"upgrading" it.

How do you know about this? If that’s true then this mod should become a DLC without any problems.

dlcs should come next month, a long time has passed

dlcs should come next month, a long time has passed

If so, I reach for my wallet - let it be that way.

I invite you to vote:

Since the releasing of the latest Aoe2 DLC, it arouses much discussion about the probably incoming DLC of Aoe3. How about let’s count what civ you want. Forgive my ignorance to American history, so i didnt list any native civ below. poll Please let me know which civ i missed.

I wish there was DLC, but is not the “Napoleonic era”

I’m not opposed to new content in game, However I want a fully playable and balanced game prior to releasing new content. Civ/Maps

I voted No, but actually do want DLC for this game, just not that mod that completely changed even the base civs, and adds both Austrians and Habsburgs, which is ridiculous.

Austrians and Habsburgs, which is ridiculous

Even 2 news civs are still messing up the game balance.
Unless they are able to solve it otherwise it will be a nightmare.
Or better becomes single player game.

i vote to a reserved yes.
i mean i do want a DLC but not whole NE.

I would only want Poles, Danes and Persians added from that mod. Not all the civs.