At least 1 player disconnects in team games, making them unplayable

11 Likes
Players disconnect in before loading into the game
Disconnects make the game a frustrating experience
4v4 Team games are unplayable right now
Many disconnections after last patch on Ranked TG (files attached)
Lost connection bug starting these two weeks
Multiplayer - same issues playing 4v4 still present
List of unfixed bugs
Are we still in the BETA-phase?
Lost connection bug starting these two weeks
Tired of the continuous disconnect from the online
I'm getting disconnected even before i enter on the server
Kinquest August 15, 2020, 8:38am #2

There have been many reports about this issue lately:

As far as I know, there hasn’t been any ‘official’ acknowledgement of the issue and it is not on the Known Issues list, which is quite common for bugs reported on this forum.

Either of those right?

Neither of those! The first one is specific to the Brazil server (when in fact the disconnect issue happens on virtually any server where you play a 4v4). And the second one is 5-minute disconnect (which they label as fixed, not sure about that), but regardless the disconnect issue right now occurs randomly at any point in the game (not just in first 5 minutes). 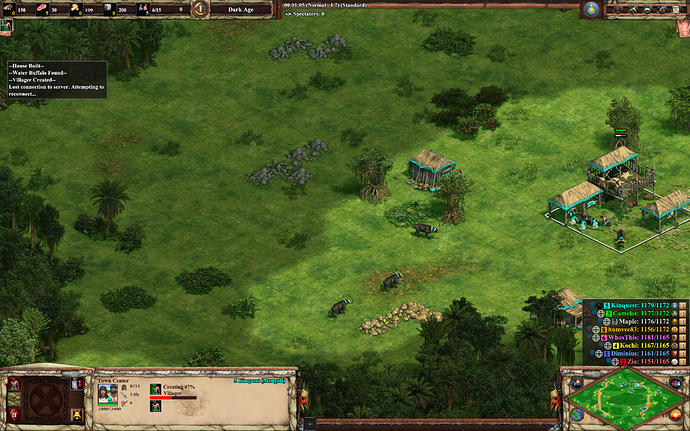 Just happened to me for no reason. I have a stable broadband internet connection. Drops after one minute in the game. Server was southeastasia (green ping).

The same issue is plaguing me and my friends. Mostly it happens in Ranked TG, but even in lobby games, the game freezes and the message comes:
Disconnected, attempting to reconnect

But my Voice channel over discord is working perfectly

Exactly same thing happened in 3 matches I played today… My internet was working fine, in two of these matches I was voice chatting on discord with no issues when my game froze and the message appeared 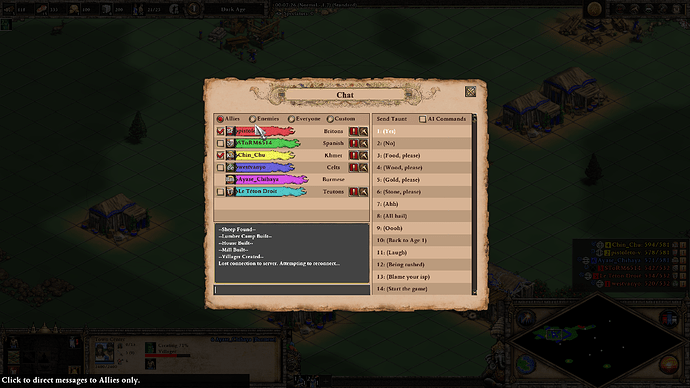 You mentioned in today’s (Aug 24th) update that you are listening to our feedback regarding issues we want fixed. For this particular problem multiple threads have been created yet we havent received a single reply or acknowledgement.

Please please look into this. It is false to assume that its just the Brazil server causing connectivity issues, it is happening regardless of which server you play on. I have had multiple games ruined because of this, there is always a 50-50 if not more chance that either I or someone else in the team or opposing team will disconnect randomly when we are already well into the match. And you can see that many other people are reporting the same.

Same problem. Ping looks fine. But every SINGLE game i get disconnected from the server multiple times. Honestly, I’m not even exaggerating. This game has become literally unplayable for me. Not even expecting an answser these days anymore… so frustrating especially because I used to love this game

edit: happened twice today, I think some solid 30% of my “losses” are “disconnections”, and 99% of them my internet didn’t actually disconnect.
I started playign aoe2 in 2002, played on MSN Gaming Zone, IP games with people I found on IRC, and then I also played on GamePark and Voobly. Oh I also did some games on GameRanger when the mod version of Forgotten Empires came out. Throughout all this time maybe we had 1-2% of team games ending in disconnection, probably less, and when we did, since the community was mostly friendly we just saved and restored. That was on many different computers, ISPs, on AoC 1.0c, on userpatch 1.2, 1.3, 1.4. All worked fine!
Now on DE I have 10-20% of team games with ““disconnection””(that happens without your internet actually disconnecting), and when it happens it’s just game over… I like aoe2 a lot and feel genuinely sad about my experience with the new version.

Same experience for me. I really don’t understand why this is so hard to fix. I never had these problems on voobly.

it never has had anything to do with the brazil server, and routing people elsewhere was not going to fix the problem

4 out of 5 games some one disconnected, 2 times it was a friend and the other ones in the other team… cant believe now we cant even play the game… please fix that or reimburse the money…

I have also experienced disconects with team games regardless of server I use, so much so that I actually stopped playing multiplayer in the game because the issue occurs often and usually about an hour into the game. I hope they’ll get a fix in for the next patch but looking at their track record with this issue I sadly doubt this will amount to a “quick” fix.

I have also experienced these crashes on the EU servers 5 times in the last 24 hours (we have only been able to play 3 out of 8 times). It has affected both my partner and half of our opponents. These were all games on the ladder.

One option would be to use the WarCraft 3 or Starcraft 2 logic of that player’s units control going to the next player. 1 Player then controls two sets of units ingame.

Not an ideal solution but at least for the mid-late game it makes it possible to finish a winning position.

Neither of those! That’s the point, they seem to sweep it under the rug as a Brazil server issue, when it is in fact an “all server” issue in team games. And its not a 5 minute issue either, it can happen at any random time during the game.

The lack of acknowledgement of the issue is extremely frustrating.

They tend to hide widescale issues as “Rare bugs” in the bug report forums, and minimise any grand issue as something trivial, I am assuming its because they want to hide their massive failure to produce a polished game from future companies looking for developers.

And the humor they include in the patch notes just makes me cringe. The Malay bug, where they were not advancing to the next age properly, was not fixed for a whole month. And when they did, they made a joke about it “Now advance with 66% more style!”. This was a game breaking bug, as anyone who got Malay was essentially screwed since their key bonus was not working. Just shows their casual attitude towards this game which is sad…

Just shows their casual attitude towards this game

Find it funny or not, I think its just a joke. We have reasons as customers (and as AOE fans) to be angry because the state of the game right now. But you know they are working as hard as they can to solve the issues. Maybe you are right that there is a casual attitude towards the game tho (but I blame more Microsoft, the big company behind, not the developers, after all this isnt a triple A game title budget)