A few days ago i made a post about New Civ ideas based on [Poll](Updated) Which civs would you like to see in the game? (All popularly requested civs included) … after giving a bit of ideas about all the civs in the poll now i want give full breakdown and my ideas of individual civs… at first i thought i would start from the top of the poll then i thought nah … i should start from the bottom, to give some spotlight to the comparably less popular civs. maybe people dont know much about these civs so they dont vote.

So first civ we gonna discuss is Visayans.Although I dont know much about them, Ill share what i do know (I might be wrong). Basically classic Philippines or Philipines from pre-colonial period. Although Philipines were divided in multiple ethnic groups., Visayans were the majority in number. They resided on Visaya, some part of Luzon and Mindanao and formed various kingdoms like Rajahnate of cebu , kingdom of Tondo etc. As for foreign policy they had some kind of friendly relation with chinese and fought with Majapahits and sulatanate of Brunei in various occasion until the Spanish showed up .

Now lets talk about in game stats and stuff 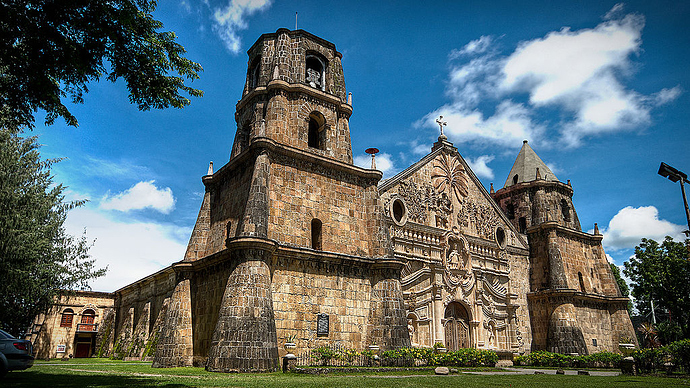 image1024×576 369 KB
Team bonus : Trade cogs cost -20% wood
Civ bonus : canoes have +5 ship armor (Out rigged canoes are new ship types for Malay,
Visayan , Malagasy that can fish and transport unit. replaces fishing ship and
transport ship )
Conscription can be researched in castle age
Galleon lines are automatically researched when aging up
Unique Techs : Imperial age : Lantaka : canoes fire volley of bullets in lethal spread (like portuguese orgun gun)
history : Lantaka was a type of portable cannon used by Visayans on their Karakoa (Outrigger warships). These gunpowder weapons were used by visayans even before spanish colonization. can be traced back to 14th century 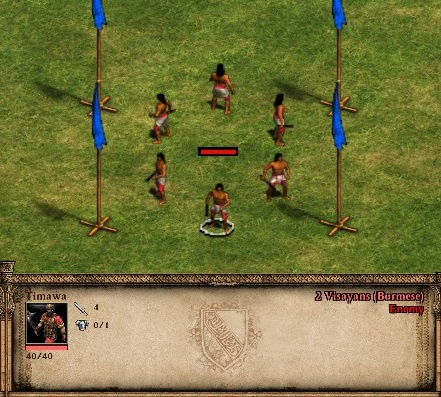 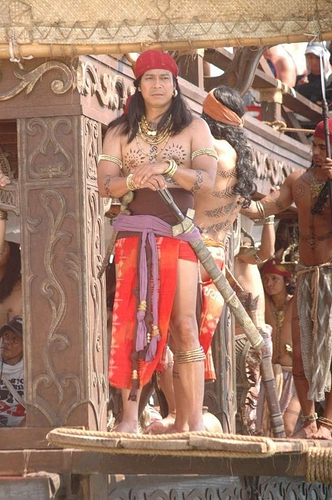 image602×905 233 KB
History : Timawa was a warrior class in Vissayan society . but unlike other class system Timawa were of lesser class. Their overwhelming bonus against villager comes from the fact that Timawa were used by feudal lords for raiding other villages with ships like vikings.

its clear that i have gaps in my knowledge about balance and historical accuracy, so if you see anything that doesnt match up let me know… we can discuss and change that thing

We have no data of them prior discovery by Magalhaes and subsequent Spanish colonization.
They would probably fit AoE3 more.

This is a huge issue with all Pacific Islanders.

We have no data of them prior discovery by Magalhaes and subsequent Spanish colonization.

im taking all these new civ ideas with the same thought in mind… to add variety , and if its founded on some actual history then great…

Sounds like a weaker version of the Japanese fishing ship bonus.

Galleon lines are automatically researched when aging up

Is definitely the strongest and most unique boni here. Will definitely give them a strong power spike in Castle Age, less in Imperial. Might actually be too strong.

I don’t know why I got messaged of this discussion though.

The Timawa seems just to be a copy of the Karambit. Not very unique.

Celts have this bonus

Galleon lines are automatically researched when aging up

You should add more land bonuses, they have underwhelming land bonuses and replace the faster moving infantry

There is no such thing as an armor class for villagers. So this bonus shouldn’t work I think.

Appreciate the work you put into this post though!

Not quite. Sure, representation of them having siege weapons like onagers and trebuchets is fictional, but other than that the way they’re represented in unique units and techs fit fine. Eagle warriors weren’t human tanks but they fulfill a role of being a raiding unit. Aztecs did have jaguar knightly class and heavy devotion to their religion. Incans are probably represented the most accurate IMO, but the meso civilizations did have definitive (albeit foreign and usually focused on capturing enemies) methods of war that goes all the way back to the olmecs and stuff.
They’re fictional in that they didn’t fight on equal grounds with medieval civilizations and didn’t have siege warfare, cavalry, etc, but fill in arbalests for just being archers and halberdiers for spearmen and I wouldn’t say they’re that fantastical.

Even the fact that Incas and Mayans have Eagle Warriors is fantasy. Eagle and Jaguar Knightly Houses were purely a Nahuatl tradition.

Mayans also disliked Bows in combat, and only peasants or specific servant castes would engage in Archery. They believed that Throwing Weapons like Spears, Bee Hives and Knives were far more honourable than Bows and Arrows.

Incas also practiced no Trade whatsoever, and had a proto-communist economy, based on direct redistribution, so they should not have Markets.

The Timawa seems just to be a copy of the Karambit. Not very unique.

Actually ya i made this unit comparing with kharambit… but if you look closely youll se they have weak damage, less armor but way more food cost, because initially they have same attack speed as kharambi but after researching Tengere their attackspeed is doubled, so pretty unique if you ignore they can one hit kill villager

by this i meant the fact that they kill villager with one hit, dunno how to show it

Celts have this bonus

change this tech to “conscription can be researched in castle age”

We have no data of them prior discovery

That’s incorrect. They had heavy interaction with Majapahit and other South East Asians

Filipinos were much more civilized than Pacific Islanders. They even had an established government system. You cannot compare them directly with Polynesians who were constantly moving/migrating.

Mayans also disliked Bows in combat, and only peasants or specific servant castes would engage in Archery

Yeah, they preferred javelins/atl-atls and bows didn’t come into full use until the classical period; but skirmishers aren’t an offensive option in aoe2 so it was rounded up to the more viable denominator. Save magyars, there aren’t civs defined by being trash unit civs

Mayans have Eagle Warriors is fantasy. Eagle and Jaguar Knightly Houses were purely a Nahuatl tradition.

I’m pretty certain the Mayans had Jaguar caste or something egregiously similar since the Aztecs WERE Mayans (that split off from mayapan to found their own territory) and the Jaguar caste precludes them all entirely because it was originally Olmec stipulation, and was adopted by Zapotecs and later cultures.

Incas also practiced no Trade whatsoever, and had a proto-communist economy, based on direct redistribution, so they should not have Markets.

Again, this goes back to the fine and necessary line between game balance and history

That’s the same as saying that Mayans shouldn’t be given arbalest because they didn’t actually have crossbows. Everything is rounded up for balance - do we not give Incans gold units because they didn’t have gold? Ancient pre-empire incans weren’t warlike and communed amongst themselves as an agricultural society, but there was still travel between the Andean states. The foundations set from the Chavin and Caral cultures made a precedent of a theocratic class.

Of course, Frankish axes weren’t thrown, and Mamelukes didn’t hurl scimitars from camel back
So in the grand scale of fantasy, the meso civs aren’t more fantastic than the conventional civs. This game is historical caricature, but the implications in the civ design can be quantified for accuracy.
Britons aren’t an accurate civ since they don’t get paladin despite being one of the most heavyhanded crusader powers, but it’s done for obvious reasons. Just like including Mayans with something more than feudal archers and a mobile cavalry-like unit was included.

Save magyars, there aren’t civs defined by being trash unit civs

I can’t comment much on this, but I do want to say that their Unique Unit seems extremely underwhelming.

It’s just a far, far worse Karambit Warrior. 10 HP for a unit means it will die in 1 hit to virtually everything. A single lobby of castle fire will knock loads of them out. The attack bonus vs villagers will likely accomplish nothing because people tend to put their castles near where villagers are, and as I said before, these things die instantly to castle fire.

you have any suggestion ?

Best I can do is say probably better to turn it into a more standard infantry UU and figure out a different niche for them.

Sadly they speak Quiché ingame which is a Maya language.

an unfilled karambit-type niche is…
-an infantry that attacks instantaneously, and is viable for hit and run
-a unit that deals more damage the weaker they are
-a unit that has a bonus against archers, replacing their cavalry
-to keep their current bonus of one hit killing villagers, make them have decent pierce armor,
etc.

Unique unit : Timawa : raider unit that can kill villagers in one hit. very weak and fast

I’m not sure if I like this. It’s surely an interesting mechaninc, but raiding is already one of the strongest mechanics in the game. You would only need to sneak in 5-10 of these in your enemy base and they would completely destroy the eco. I think this unit would be nice to have even if it needs 2 hits to kill a vill and has like 1.2 speed or whatever.

I miss a set of civ bonusses here that would make a “complete” civ.

Feedback is given in accordance to the spirit of

Hi everybody! As we collected all the great Civ Concepts from creatives in this Forum in this Thread, we now can finally make a poll for you to decide which of them is the best! Please check out all the beautiful elaborations of the participants! If you feel intrigued, you are also welcome to leave comments there and check out all the other civ concepts that don’t participate. We appreciate your feedback! Everybody has up to 5 votes, it is your decision how many of them you want to use. pol…