The outlaws of other regions represent actual outlaw traditions like Western outlaws, Caribbean and Woku Pirates, Daicots, etc. The African outlaws are just an extremely generic “Desert ____”. Considering that only about half the African maps are even desert, these outlaws are usually a poor fit. Some superficial changes to the existing outlaws and addition of some new ones would greatly improve the situation.

Rename to “Bush Warrior” and limit them to forested and semi-arid maps. Do away with the Berber look and voice lines for something more generic that would fit in non-desert environments. The look of the Kanembu warriors pictured below would be a perfect fit and they could share voice lines with the Kanuri Guard mercenaries. 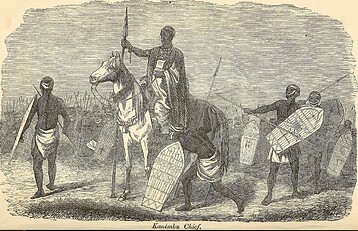 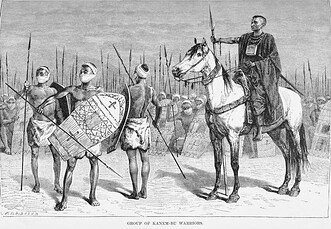 Make them available on fully desert maps like Dunes, Saharan Routes, and Arabia to replace Desert Warriors. Change their voice lines from Berber to Arabic to better distinguish them from Berber Camel Riders. Adding them to other maps like Swahili coast could let them be a stand in for Arab slavers without explicitly stating it.

These guys are also a bit expensive for what they are and could benefit from a slight discount.

They are mostly okay but should be removed from jungle maps that clearly aren’t desert. There is a “desert archer” trope stemming from Nubian archers who were still around at the very start of the timeline and they’re generic enough that they fit with other desert peoples.

This unit should be available on maps such as Atlas and Tripolitania.

Many of the people considered “outlaws” in Africa were involved in the slave trade which is problematic in a game that won’t depict anything to do with slavery. However, there are still many groups that could serve as outlaws such as the Shiftas of East Africa, secret societies like the Leopard Society, and colonial expeditionaries.

An outlaw unit based on Victorian era big-game hunters. European expeditions often had little regard for locals and operated outside the law so a colonial European outlaw is fitting for the region.

Safari Trackers would be a light infantry unit with multipliers versus pets and treasure guardians and a powerful charged attack. Their main attack could be of moderate range and look similar to units like the Colonial Officer or Gunslinger guardians. Upon reaching age 3, a powerful Elephant Gun charged attack would be unlocked. This would function just like the Eagle Eye ability of Cree Trackers. They should have a pith helmet and dress as shown below: 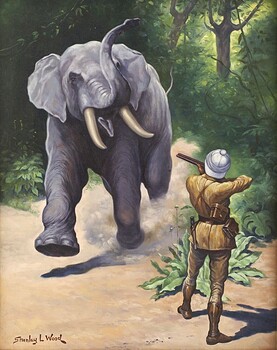 Safari Trackers would take the place of Desert Archers on the maps of Sub-Saharan Africa. They could be present on many of the maps based in India too since big game hunting was common there too.

Pretty much an African outlaw version of the Jaguar Prowler Knight.

The Leopard Society was a secret society that ranged from Sierra Leone to Tanzania. They would dress as leopards and attack their victims with weapons shaped like leopard claws to make it appear as if the killing was done by a leopard. Their attacks happened in secluded jungles or under the cover of darkness, so stealth is a defining feature just like the JPK. These outlaws could appear on any of the Sub-Saharan maps currently in the game. 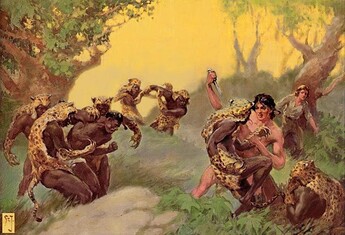 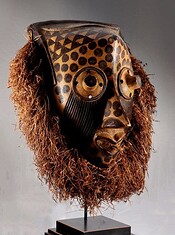 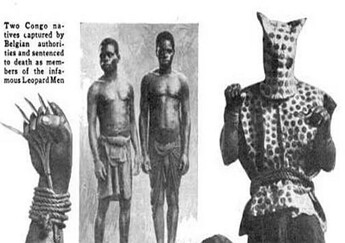 Shiftas were East African bandits and freedom fighters. They could function as hand cavalry with bonuses similar to spies (excluding stealth which would be for Leopard Prowlers). They would be available on the East African maps.

Shiftas were an important part of the resistance against Italian occupation and some Ethiopian leaders even rose from their ranks. A bonus against mercenaries would help them fight Italian units like Lil’ Bombards and Elmeti. A bonus against heroes and revealing of stealth would portray the intrigue of the rise to power of Emperors.

Another element of East African culture that could be portrayed in this unit is the ubiquitous presence of donkeys and mules in the region. Having a mule as the mount for regular cavalry wouldn’t make much sense, but it would be plausible for an outlaw or rebel who relies on limited local resources. It could be slightly slower than average for cavalry to represent the mule mount.

Shiftas should look like a cloaked figure just like their depiction in the current Shiftas card, but also be mounted on a mule as pictured below. 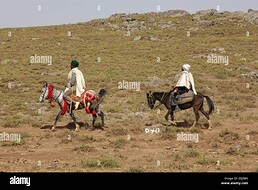 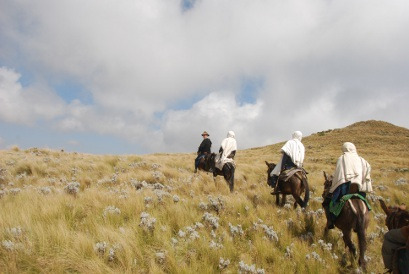 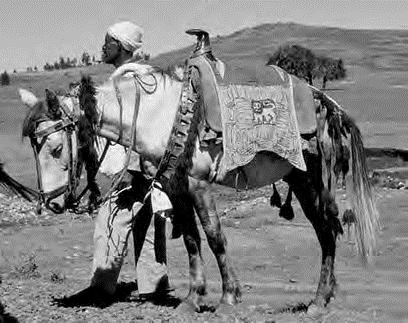 The current Shiftas card could be renamed to Shiftinnet and could be given the additional benefit of enabling the training of Shiftas at the Watchtower, or possibly even by the Ras.

An option to enable more local outlaws instead of the guaranteed ones could also add variety.

Some improvements in this regard. Corsair Marksmen and Desert Raiders are now available on many of the African maps.

Some of the other regions also got adjustments:

Currently the outlaw pool in the Americas consists of the Pirate, Comanchero, Pistolero, and Renegado. These are pretty bland and mostly not viable due to inordinate population requirements compared to newer outlaw units. Rebalancing these outlaws and introducing new/underused outlaws to this region could make them a lot more interesting and viable. In the future, some new outlaws could also be made available in regions outside of the Americas like Australia. New Outlaws Buccaneer A ranged he…

The naming of these outlaws are exceedingly poor. The “Maratha” qualifier before Indian outlaws makes no sense at all and the “Wokou” qualifier before East Asian outlaws is only appropriate for a couple of units. The “Repentant” qualifier one outlaws trained from Monasteries should also be nixed and they should be trained as normal versions from buildings like Caravansarais and Teahouses. Wokou Outlaws Wokou means pirate so the only units that should bear this name are the Wokou Pirate and Wok…

Some treasure guardians including the “colonial” ones do not have a trainable equivalent. The knife thrower etc could make a cool outlaw or native.

I think a Zande warrior would be the best fit for that.

Shongo Throwers would work better as a native warrior or mercenary rather than an outlaw. A Zande minor faction with a military unit of a Mabele Thrower would be a great addition. [image][image] One of the descriptions says they stored several knives behind their shields so they should have that. The shield could justify a high amount of melee or ranged resistance. A heavy infantry unit with some ranged resist and melee damage from range could be an interesting combo. [image] They’d be a…

The problem is Dahomey Amazons kind of fill the knife throwing Merc role, and the Sudanese are a knife throwing native that live in the same area. If Sudanese ever became a full civ Zande would be an excellent replacement for them.