The naming of these outlaws are exceedingly poor. The “Maratha” qualifier before Indian outlaws makes no sense at all and the “Wokou” qualifier before East Asian outlaws is only appropriate for a couple of units. The “Repentant” qualifier one outlaws trained from Monasteries should also be nixed and they should be trained as normal versions from buildings like Caravansarais and Teahouses.

Wokou means pirate so the only units that should bear this name are the Wokou Pirate and Wokou Junk. The other “Wokou” units should be renamed as follows:

Kabukimono were wandering outlaw samurai that dressed flamboyantly and behaved violently.
They also were the inspiration for Kabuki Theatre and precursor to the Yakuza. Making the unit model have more vibrant colours could go along with the name change. 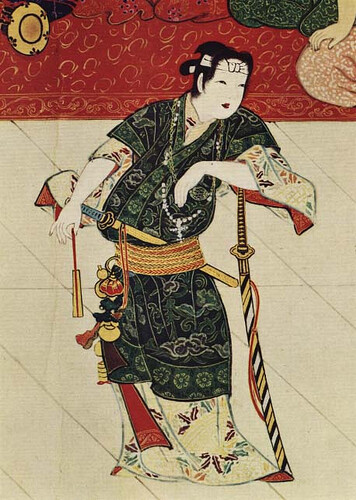 Xiangmazei translates to “Whistling Arrow Bandits”. They were cavalry archer bandits that were most prominent in the Ming period. They fit this unit perfectly and are mentioned in a previous post on this topic

A rebellious religious movement is a much better theme than just the “blind monk” trope. The Blind Monk should be restricted to a Treasure Guardian only. A White Lotus Monk could also be an exclusive outlaw for the Chinese available at the Monastery or Teahouse and the outlaw archer role could be filled by a more generic Mountain Bandit and be available on a wider set of Asian maps.

Since most outlaws would have lost their ‘Wokou’ qualifier, they should no longer be trainable at Wokou Junks. To compensate, Wokou Junks could gain the ability to train Iron Troop mercenaries in addition to Wokou Pirates. Iron Troop were the soldiers of the pirate leader Koxinga so it would be fitting.

The Maratha Confederacy was an empire and doesn’t have anything to do with outlaws. Thuggees, Dacoits, and Catamarans should not have a “Maratha” qualifier before their names. Some balance adjustments like dropping Thuggee population to 5 or less would also be an improvement.

Arson is a criminal act more befitting of an outlaw than a mercenary. Arsonists should be changed from a mercenary to an outlaw (with some rebalancing) and the mercenary grenadier role could be filled by a Mysorean Rocketeer. This would be a powerful, long ranged grenadier unit. 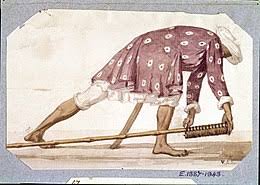 Ideally Mysore should be a full fledged civilization but introducing their most iconic unit as a mercenary would be a good start.

The addition of this outlaw would mainly be to spice up the African outlaws, but it also makes sense for some Indian maps. They could occasionally replace Thuggees who fill a similar role.

The outlaws of other regions represent actual outlaw traditions like Western outlaws, Caribbean and Woku Pirates, Daicots, etc. The African outlaws are just an extremely generic “Desert ____”. Considering that only about half the African maps are even desert, these outlaws are usually a poor fit. Some superficial changes to the existing outlaws and addition of some new ones would greatly improve the situation. Existing Outlaws Desert Warrior Rename to “Bush Warrior” and limit them to forested…

The Triad gangs of modern times have their origin in the Hongmen. Not including this outlaw tradition in the Asian outlaw set would be a huge missed opportunity. Hongemen were members of the Heaven and Earth Society (Tiandihui) which was a rebellious Ming loyalist sect that fomented many uprisings and eventually transformed into the Triad criminal syndicate. This video goes over their history: A melee shock infantry or heavy infantry with high range resist and melee siege damage themed off the Red Turban Rebellion would be a great fit. This would differentiate it from the other units of the region like Wokou Pirates and Rattan Shields.

Burning incense was a major part of Tiandihui rituals. The obscuring smoke from this could be the rationale behind the range resistance. It would also pair well with their struggle against the Manchu Qing by making them more resistant to cavalry archer units like the Manchu mercenary. Making their melee attack deal seige damage (like Desert Raiders) would further strengthen them against Manchus by allowing them to bypass their high melee resistance.

Their initiation ceremony involved passing under crossed swords and a subset of them were called the Small Swords Society so they should have a sword as a weapon. They should also have a torch to portray that they inflict melee siege damage.

The Red Turban Rebellion was named after the dress of the Hongemen rebels that participated so they should be depicted in that way. 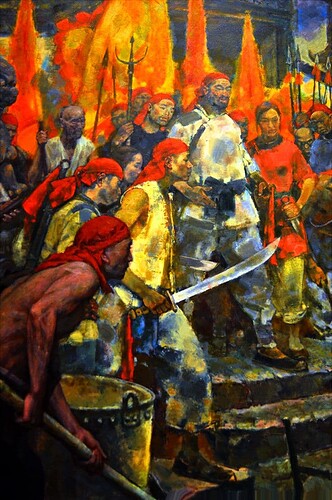 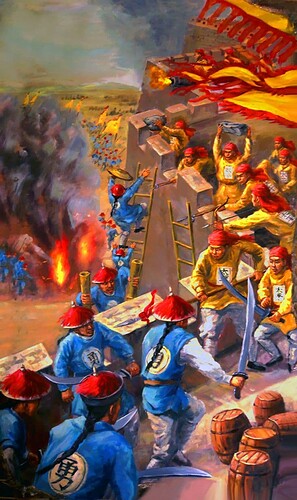 Hongmen should be available on most Chinese maps and regions of Asia where the Triads expanded into. They could also potentially be a semi-exclusive Chinese outlaw similar to the Japanese isolation unique units.

9 Likes
Villages - The Ultimate Capturable Structures
Please change the model of Arquebusier , Steppe_rider and Changdao
Suggestions to improve the accuracy of Asian Outlaws
Improvements to New World Outlaws
Rework/Additions to African Outlaws
BonnyMountain91 May 10, 2022, 1:04am #2

arsonist change makes sense. Hope they do something like that.

Filling out the blank space in China would strengthen the case for better Asian outlaws:

The Malay Archipelago could also host some more Wokou Pirates:

These are great ideas! I would only suggest changing the Triads multiplier to anticav (also matching the anti-manchu sentiment) and make them available for China through the Atonement card as well (something similar can be developed for other civs).

HOWEVER step zero is to make outlaws more desirable across the board, which involves mainly reducing population and their interaction with Dance Halls/Atonement cards (as a form of paying for special units through this card - aka pop reduced outlaws equivalent to normal units), with some exceptions for civs like USA and Mexico for balancing reasons (3 building production).

I originally had them as heavy infantry that had a multiplier like that but changed them to differentiate them from Wokou Pirates (otherwise the only meaningful difference would be their resistance type). Melee shock infantry are heavy cavalry equivalents which are a unit type that shouldn’t be getting anti-cav bonuses.

make outlaws more desirable across the board

Part of the solution for that would be a rework of their production buildings.

Right but you are forgetting that the unit you originally imagined is basically a rattan shield which seems kind of redundant.

It’s not unheard of to have a cav unit with multipliers vs cav, think about Cheyenne Rider and even Mexican cav to some extent.

I like some of the ideas from your linked posted, however I think that massifying the units (by producing them from multiple buildings) is gonna steal away from the civ’s core identity/units. This is exactly why devs rolled back on the outlaw’s pop rework, because of USA that can produce them from 3 buildings. It’s way better to make them viable in the early-mid game and as support for late game, by restricting them to 1 building and reducing their pop to normal unit equivalent though Dance Halls and Atonement cards.

True, it’s tricky to find a unique role for it. I think it should be a fast melee unit but that role is already occupied by Rattan Shields and Wokou Pirates.

It’s not unheard of to have a cav unit with multipliers vs cav, think about Cheyenne Rider

They do exist, but I don’t know if being anti-cavalry is the best fit for this unit.

Dealing siege damage in melee would probably be a thematically more appropriate feature to set it apart from Rattan Shields. It would help cancel out the strengths of Manchus and make them perform better against units with melee resistance.

I like some of the ideas from your linked posted, however I think that massifying the units (by producing them from multiple buildings) is gonna steal away from the civ’s core identity/units. This is exactly why devs rolled back on the outlaw’s pop rework, because of USA that can produce them from 3 buildings. It’s way better to make them viable in the early-mid game and as support for late game, by restricting them to 1 building and reducing their pop to normal unit equivalent though Dance Halls and Atonement cards.

I think that’s the correct assessment, but my suggestion for enabling multiple Taverns was for boosting mercenaries, not outlaws. Gating multiple Taverns behind the Mercenary Contractor would limit it to age 3 or 4 which is probably past the point where outlaws are most viable.

My suggestions specific to outlaws was for Taverns to provide population space and to lower the population requirement for some of the extreme cases where they are 6 pop per unit.