We already have most of the continents, we can put something together, so I challenge the community to put together an aoe3 world map! 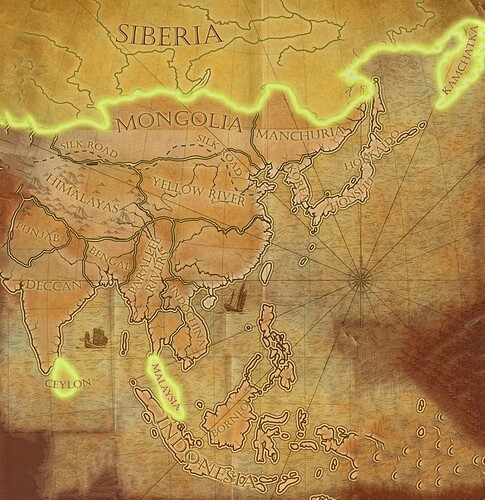 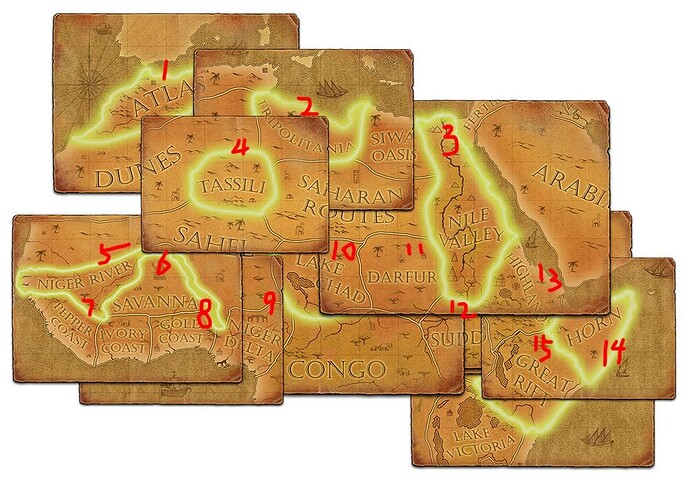 If god and microsoft want, we can add someday oceania and the pacific

I dream of a huge poster of the world map (maps from game) as an item from the Age of Empires 3 Definitive Edition Collector’s Edition. The back could contain information about the civs found in the game.

I’m curious if this will include Antarctica?
What kind of map will Antarctica look like? Are there penguins? No trees?
How can it be distinguished from Arctic Territories?

Reminds me of good memories when I was younger. I had created a Age of empires 3 risk boardgame with the same method on photoshop

I had a lot of free time, unfortunately not anymore. Good luck with the world map. I will follow this project with interest.

I wonder… The devs should have a full version of the map ? They wouldn’t want to share it? 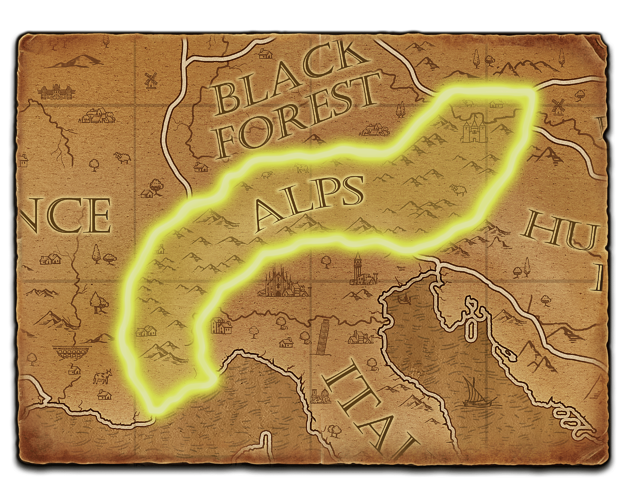 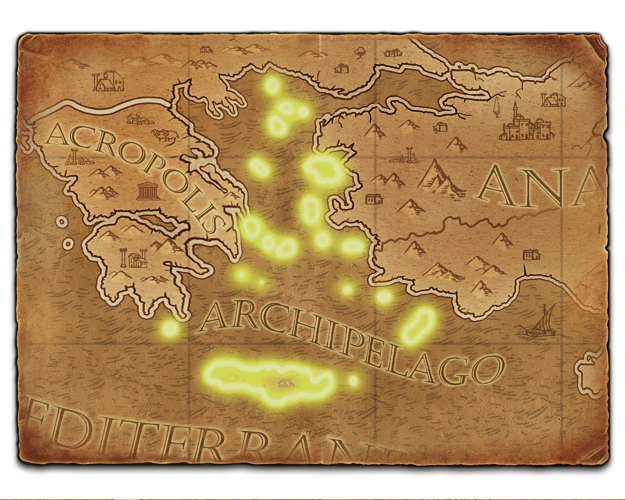 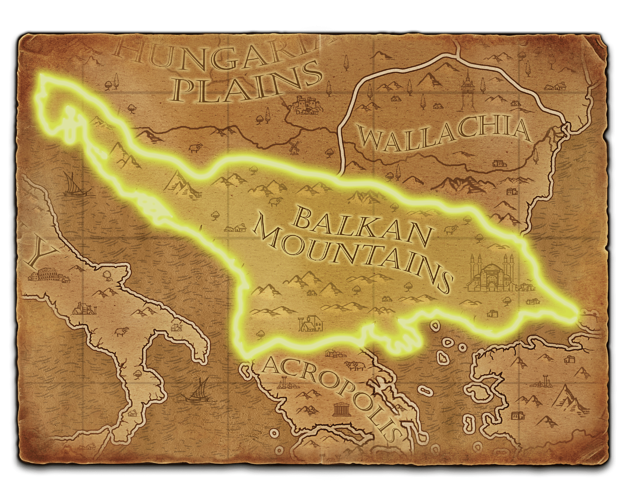 There are quite a few maps, here is a link to download them.

1 file sent via WeTransfer, the simplest way to send your files around the world

Best I could do in paint: 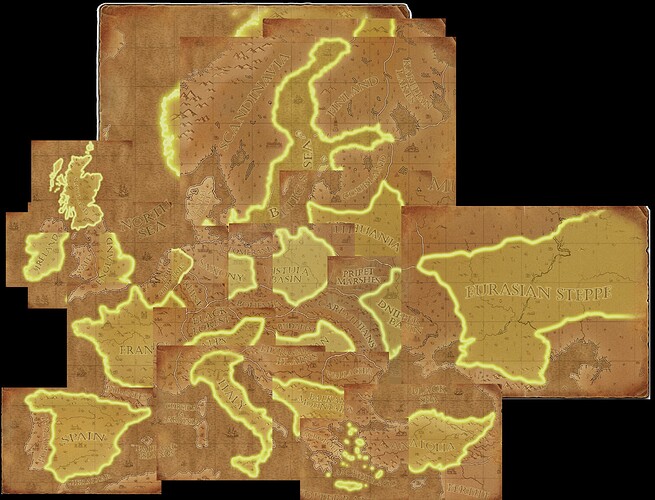 Do you have the updated African Maps too?

You never see most of these maps in the 1v1 pool. I’ve never played on most of them.

I think we need to pause this project until a future update. I checked the African maps: on the loading screens, the maps were not updated. So the Mediterranean doesn’t fit. Also fertile crescent, which can be seen in Anatolia has diffent border geometry, than the fertile crescent map itself. So I guess the devs are updating this after a while.

Another issue was that the east Asian map Eurasian steppe and the west asian map Siberia and Mongolia don’t show the next border at all. I guess we will need to wait until this is updated or we get more maps.

We can speculate on what it could look like. 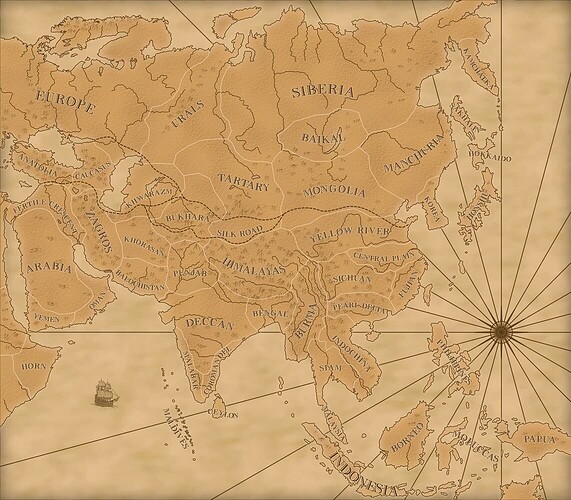 My contribution to this topic. 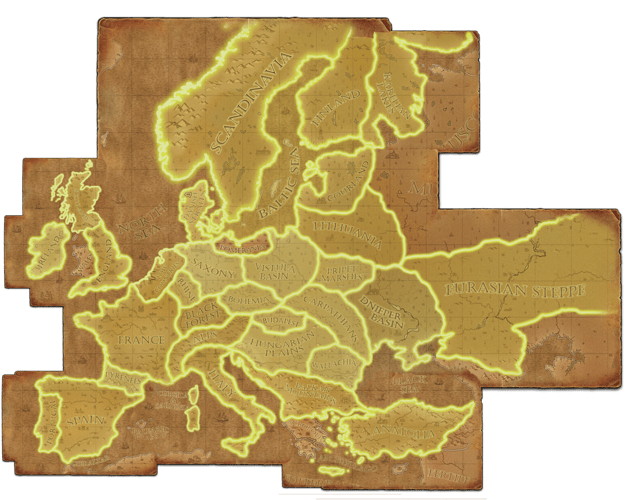 Tomorrow I’ll try to do either Africa or Asia.

I hate how the old world maps are hyper-accurate and modern while the new world is crude and fanciful.

For example, the map of Dnieper Basin anachronistically depicts lakes and reservoirs that only existed in the 20th century. Prior to 1927 it looked more like this: 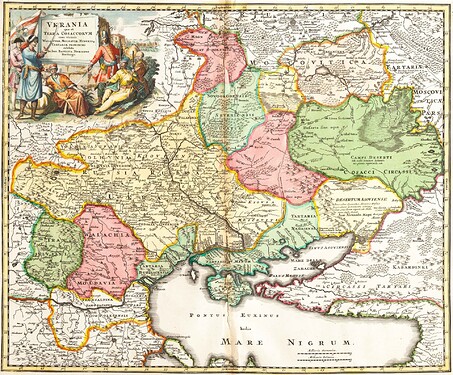 Similarly, Yellow River shows the river in its modern course north of the Shandong peninsula when it actually ran south of it for the vast majority of the time period.

They should have a consistent style for all maps that isn’t just a lazily copied modern map. In my opinion, basing it on something from the late 1700s or early 1800s would look the best. It would still have a bit of a crude look, but by that point, almost all of the world was explored (but not all so there is still room for “Unknown” maps) and the maps were fairly accurate. 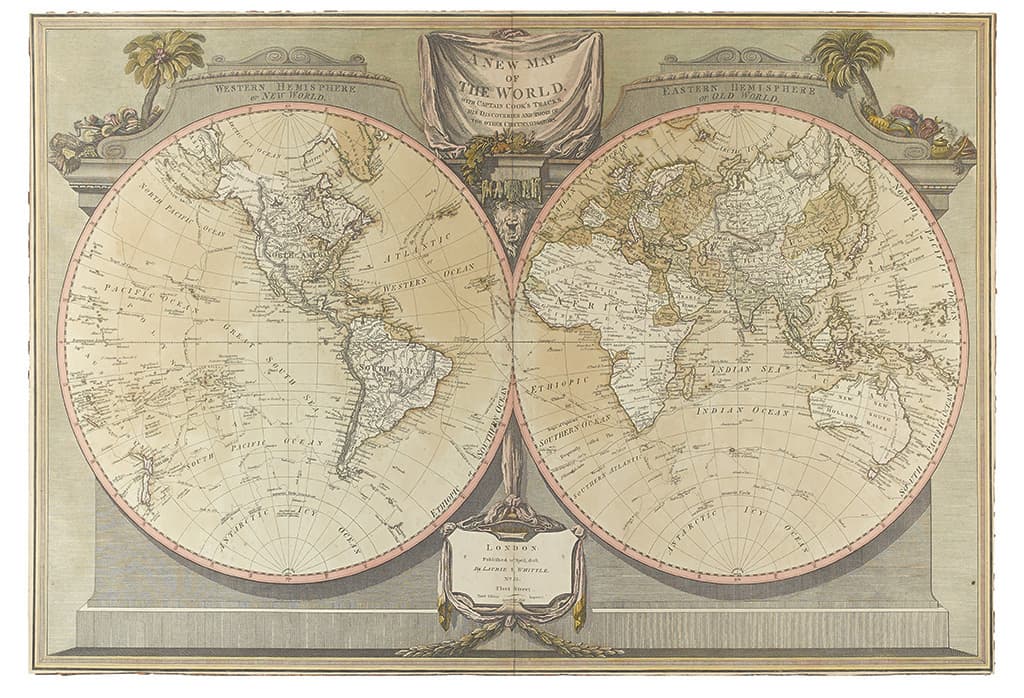 This looks so much better than what I did. Good work!
You could add central Asia next to Eurasian steppe. The other Asian maps don’t have an updated map layout yet.

Yellow River shows the river in its modern course north of the Shandong peninsula when it actually ran south of it for the vast majority of the time period.

Just move the southern boundary of the Yellow River to the north to expand the northern and western boundaries of the Central Plains. Or swap the locations of the two maps and then redefine the boundary lines.

The definition of the Central Plains is just the vast North China Plain located in the middle and lower reaches of the Yellow River. Let the two maps distribute that area more evenly.

Upload it to reddit before they take it from you 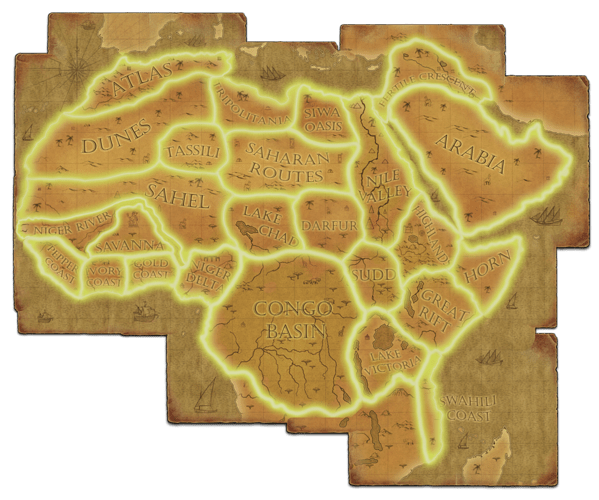 Asian Dynasties and African Royals map done! They were quite easier than the KotM maps.

I didn’t forget them, I omitted them because the don’t quite fit in with the rest. There are some pieces of the Europe map that are missing.