Greetings again! I have now finished my draft on the Burmese, and I would really love to hear your input about this! I greatly appreciate any opportunity to tweak and adjust the concept into something that always makes it better. Due note that nothing is set in stone, especially in the specific stats, but more of a way-point towards how the idea of the function a unit will have. 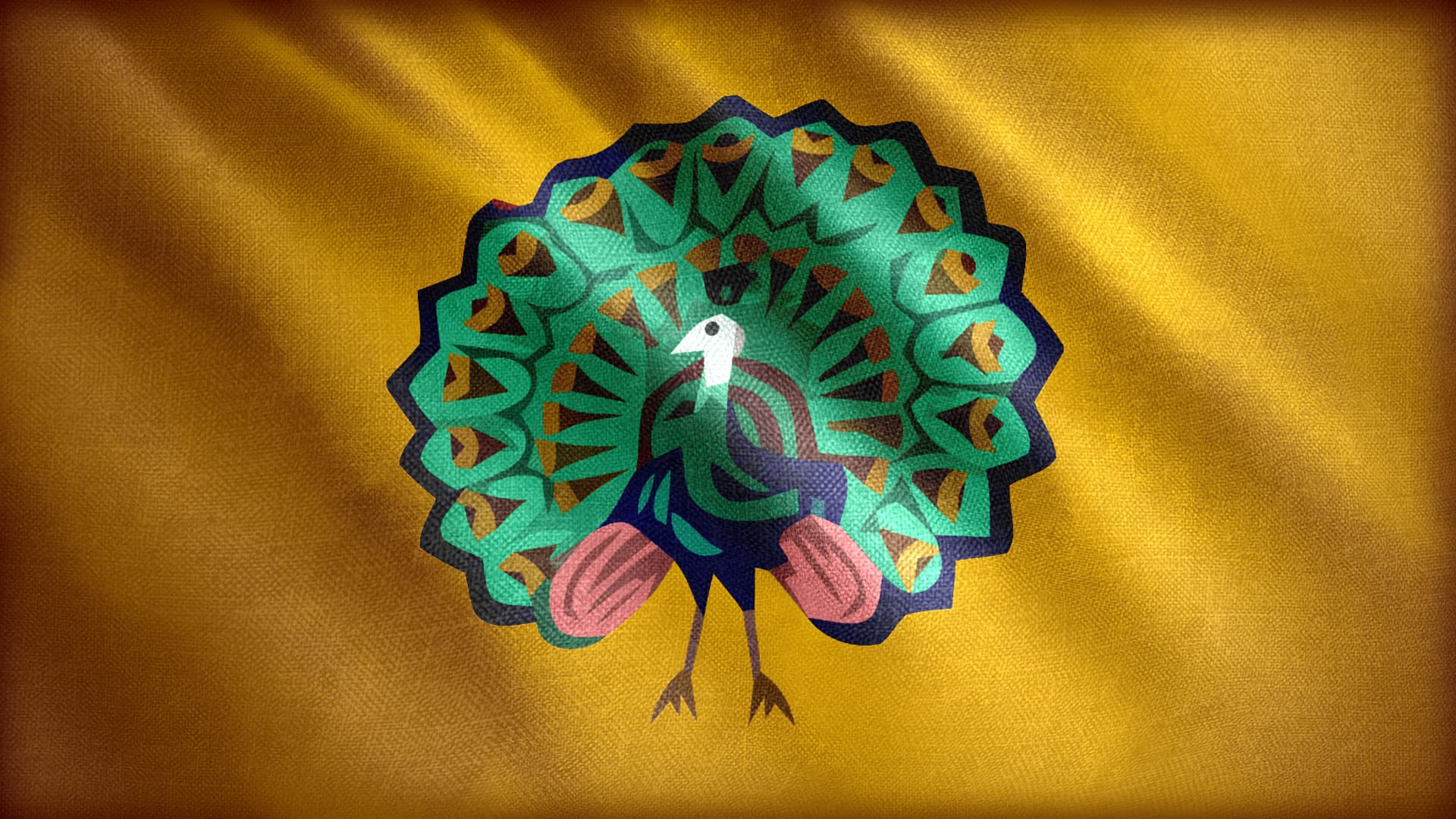 Special thanks to Seicig from AoE4 Official Forums!

Seekers of Scriptures: Relics stored in different landmarks grants unique bonus effects.Position of relics is always visible on the map.

Architecture much of the Burmese architecture is tied to ancient Indian culture, with structures heavily influenced by Buddhism, often holding features of Buddhist symbolism. During the 9th century, the Pagan empire started producing the Pyu-style stupas that are more reminiscent of alms bowls or gourd-shaped domes. With arches and ornamental doorways influenced by the Pala Empire of India. Stucco was widely used in Pagan, especially among the Mon people. As well as wood carving. Gold was also prominently used for gilding and plating the exteriors of prominent buildings such as the Pagodas and many temples. As well as high-class residency. So the Burmese would have buildings reminiscence with Indian influence during the dark age, before transitioning into the more recognizable southeast Asian structure types. Although the architecture could wary greatly within the Burmese empire as it contained many different ethnical and cultural groups.

Naval units would mostly be long canoo-like ships made for traveling rivers, lined up with oars.But other than that would most likely retain the South East Asian style of ships.

Language progression: This is difficult, as the Burmese Empire was a multi-ethnic empire compromising of many different languages and cultures. It would however mostly be based off the Bamar people, their language Burmese stemming from the Sino-Tibetan language group. Although over the centuries would adopt many linguistic traits from the Pyu language and Mon people.They would start off speaking old-Burmese and developt into Middle-BurmeseFor the sake of the game and making more clear diversity, one could add Modern-Burmese at the imperial age. 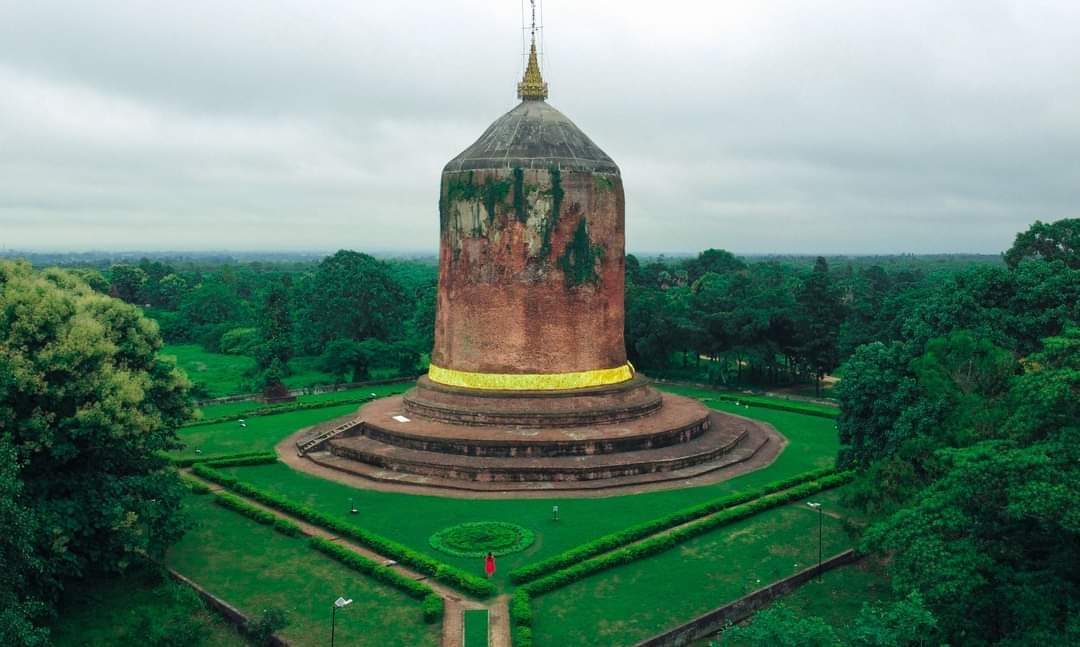 One of the oldest Buddhist structures in Myanmar, Despite being built sometimes around the 5th century, it has survived a number of major earthquakes and still retains an excellent condition. 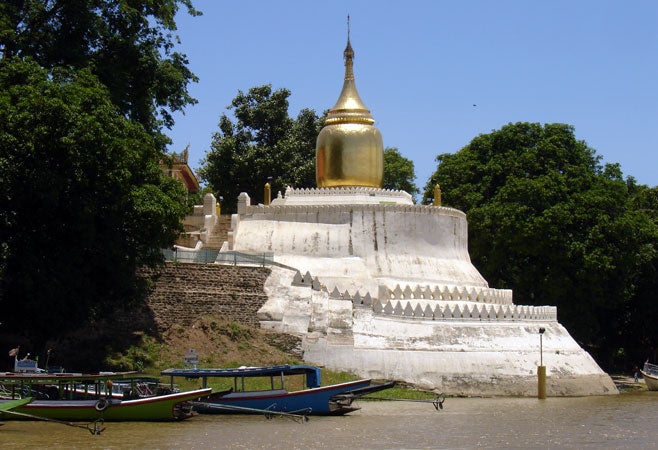 Estimated to be built somewhere between the 2nd-11th century. According to legend, Pyusawti who built the pagoda, as a young man had defeated the “5 Great Menaces” that were detrimental to the interest of the City of Pagan. One of these Menaces was the extensive proliferation of the plant vines of Gourd which is where the Pagoda was built on top of later. Hence the name Bu – Meaning Pumpkin/Gourd and Paya – Meaning Pagoda. 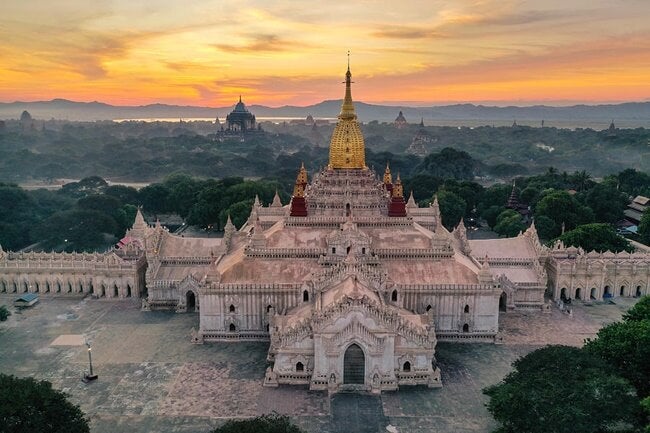 Yes, all those are different temples in the background

Also titled the “Westminister Abbey of Burma”, the temple is built with Indian craftsmanship. The King after hearing about the Nandamula Cave temple in the Himalayas where 8 monks had approached the king seeking Alms, had meditated. The King impressed by this requested the Monks to build such a temple in the middle of the Pagan plains. After the construction was complete, the King in order to retain the uniqueness of the temple, had the Monks killed, to ensure no other similar structure would be built anywhere else. 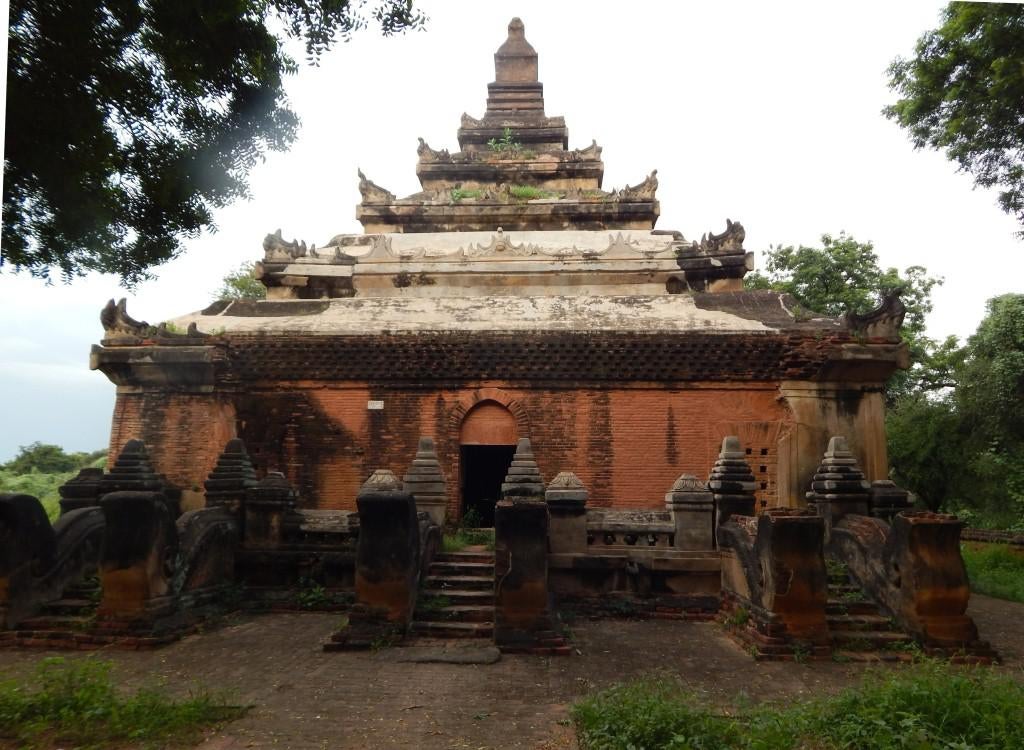 It Began as a library around the 11th century when it was established to house 30 loads of Buddhist scripture captured from Thaton in southeastern Burma. It was heavily restored in 1783 during the rule of King Bodawpaya. 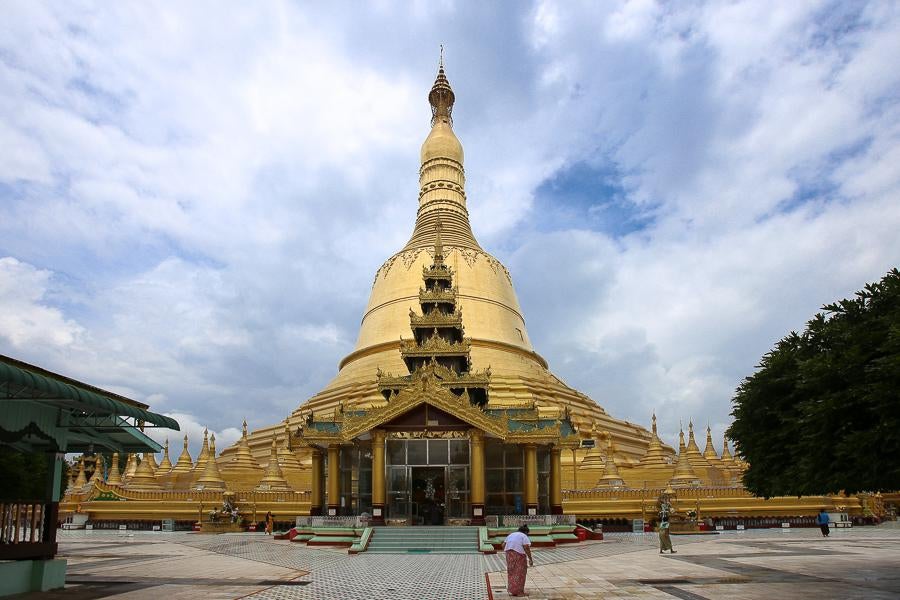 Often referred to as the metersGolden God Temple, measuring 114 meters in height, the Shwemadaw Stupaholds the record of the tallest pagoda in the country. Although the Stupa was originally founded around the 10th century, the Pagoda had been reconstructed several times due to earthquakes, eventually the King Dhammaceti and Queen Shinsawbu in the 15th century. Where they imported 50k limestone slabs from Sri Lanka for its reconstruction. 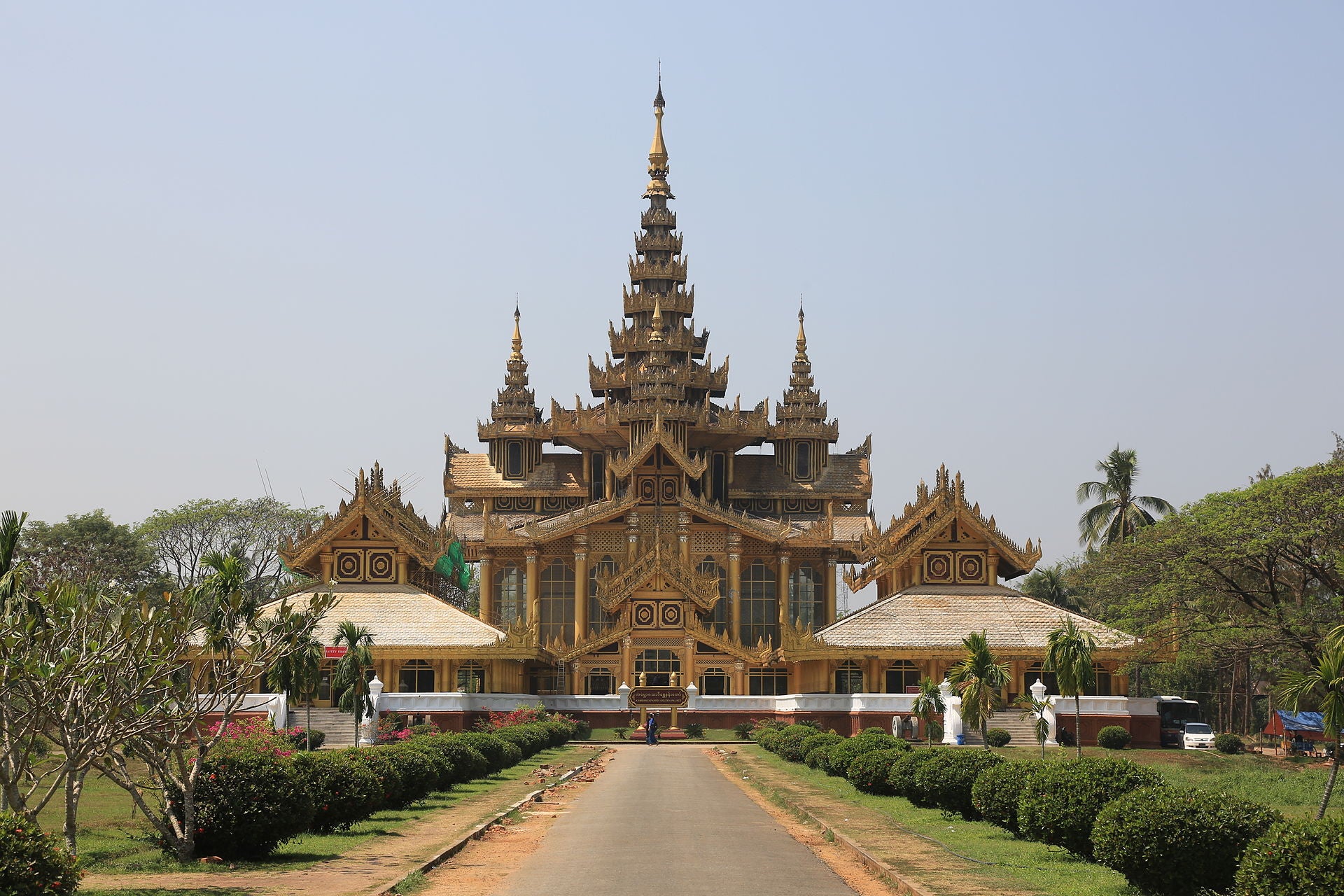 Built during the height of the Taungoo Dynasty, the palace served as the home for King Bayinnaug and his family, incredible ornate in its structure. However, it got burned down and pillaged only 40 years after its completion.The palace has been reconstructed based on all the archeological finds to be as close to the original palace. Ornate and covered in gold. Serving today as an open-air museum.

According to legend. Anawrahta selected the site for building this pagoda by sending a white elephant mounted with a frontal bone relic of the Buddha to roam freely with the declaration that wherever the elephant stopped would be the site for building the pagoda. The Pagoda is covered in gold and is believed to enshrine a bone and a tooth of the Guatama Buddha (The original Buddha) 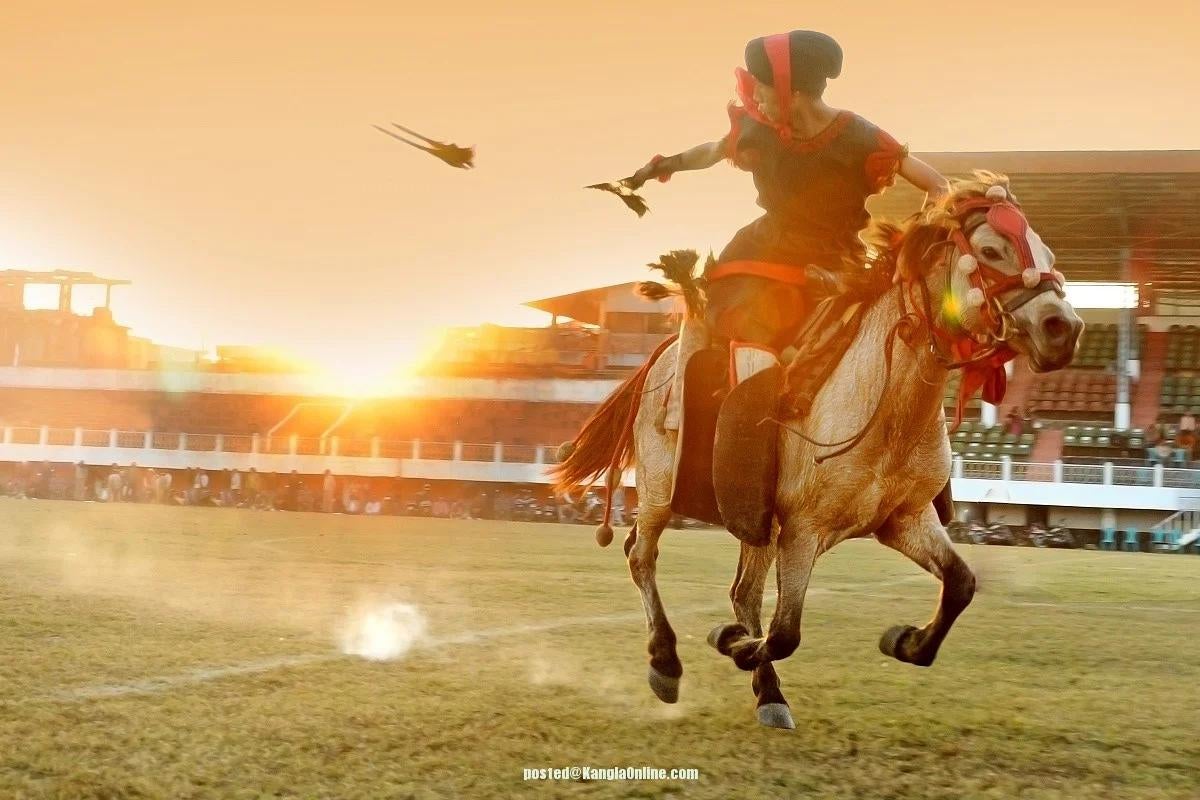 Arambai was a ranged cavalry using poisoned darts as a weapon. And would attack the move, their small horses and their tacts often got them confused for being Mongols. Even though they were distinctly different. These were also not Burmese but rather used regularly as mercenaries for the Burmese. With the Thang-Ta ability, it allows the Arambai to throw multiple darts toward a target, allowing a group of Arambai to do an effective area of effect damage. 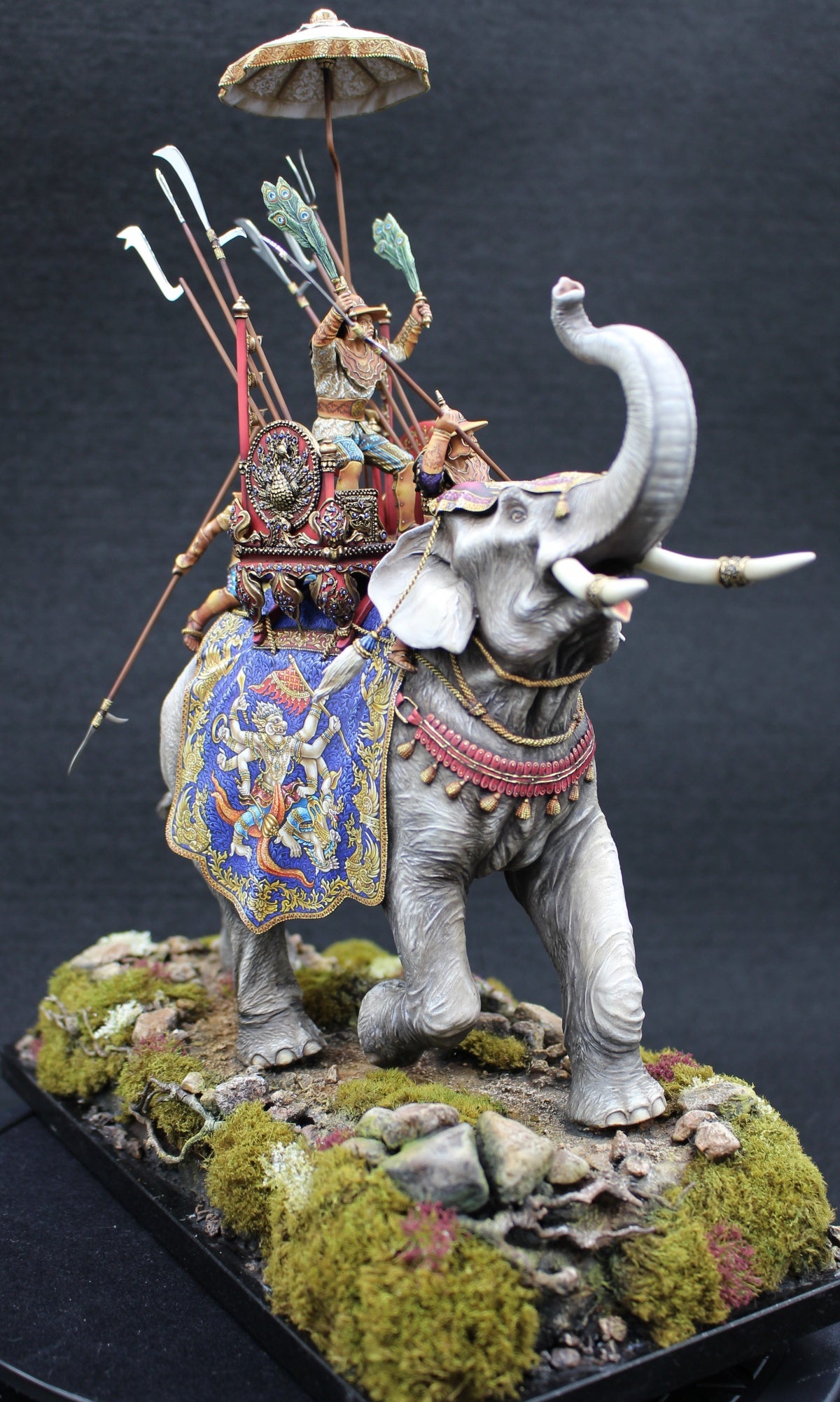 Yadayarya Elephants were an important force of the Burmese, and elephants played a key role in Burmese armies, which is the reason why they were so effective in their campaigns, as they would use these elephants as part of their logistic chains, transporting heavy equipment into the frontline. The Burmese were very particular in the way they trained their elephants and made sure to have especially well-trained elephants for combat, the Mahouts (elephant riders) were equivalent to European knights in their social status. This is why the Burmese elephants are particularly flexible in their role, providing support and protection for siege equipment, and being good in both ranged and melee combat.

The Burmese kingdom had a strong military tradition, and religion played a very important role for the Burmese, especially during the founding of the Pagan (pronounced: Bagan) Empire. There is a legend saying that when the Pagan King Anawratha introduced a Buddhist monk Shin Arahan, He taught the Buddhist principle of mindfulness. But the Monk told the king, that he was unable to do so, because for Buddhism to hold true, Pagan needed holy scriptures, and so the king sent forth his army to the capital of the Mon kingdom, Thaton, as the ruler of the kingdom refused to give them up.I wanted to represent this legend by making Relics important for the Burmese the same way they are for the HRE. The Burmese Empire was also very multi-ethnic, containing both the Thai-speaking Shah people, the Austro-Indonesian-speaking Mon people and the Pyu-language from the Pyu kingdoms, and many smaller minorities. The Arambai stemmed from the Meitei people, being one of these minorities that played a prominent role in Burmese history, and were often fought against and Hired as Mercenaries for the Burmese. Mounted on their Manipur Ponies, they were particularly effective cavalry both in the highlands where they originated from as well as the many campaigns into the jungles of South East Asia made them adept at fighting in forests. They shared many similar traits and had similar military tactics with the Mongols and thus were often mistaken for being Mongols. Hence why they act similarly to the Mongol Mangudai but with their own unique traits. Burma has a very long history and after reading up on it, one starts understanding the current state of Myanmar today.

It was a nation surrounded by established enemies and constant strife from both outside and inside, managed to establish its empire several times despite being broken down by rebellion or outside forces such as the Mongols.

They fought the Indians, the Chinese, and their neighboring Khmer and Thai people and also were forced to fight against western imperialism, Japanese imperialism, and again the Chinese and communism. It makes more meaning to why Myanmar is the way it is today. Not able to put trust into anyone, and is strictly controlled by a military Junta that can not align themselves with anyone in the world, thus ending up becoming somewhat isolated today.

If you enjoyed this read, you can check up on my other Civilization concepts: