Here is my Idea on the Norse. Feel free to throw any critique if there is anything that feels to strong or weak! I would love to hear your input! 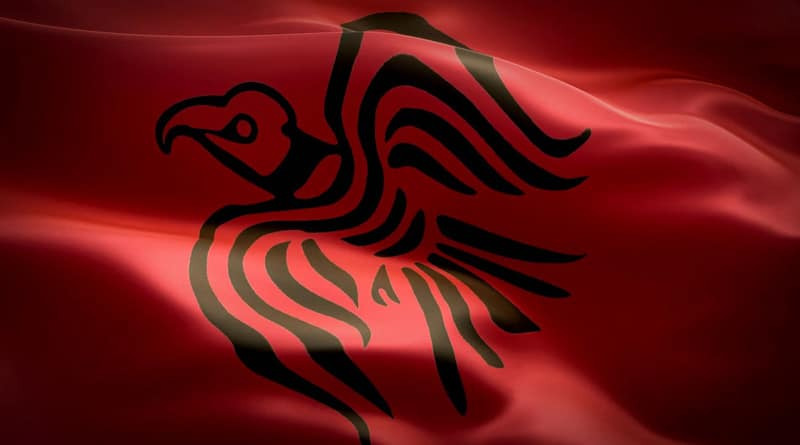 Viking Raiders: Gain bounty (25F, 25G) from putting buildings on fire. And (25W, 25G) from sinking enemy ships. This bounty increases by a value of 25 each age up. Monasteries and Landmarks provide triple the bounty. Villagers can be converted to Spearman from Dark Age, MaA/Archer from Feudal Age, with the cost of respective unit. Infantry can units can be converted to Villagers for the same cost as a villager. Rearming has to happen near TownCenter, Houses, Barracks, Archery Ranges, or Blacksmiths. 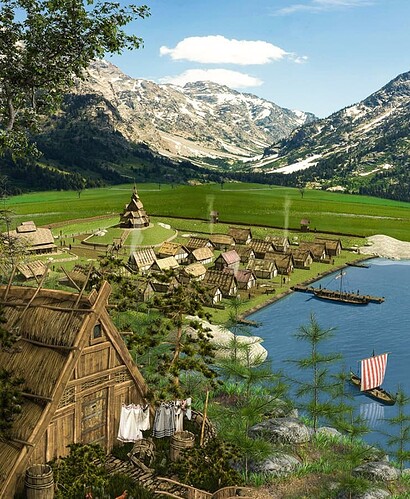 would be rather distinct in the early ages, in the Dark ages, they would mostly consist of Turf houses constructed low into the ground to withstand the hardy climates of the north.

In the Feudal Age, their houses would become more Wooden standing out of the ground, still retaining Turf roofs.

Castle Age, the houses mostly lose their Turf design and became mostly wooden with distinctly recognizable decoration along the roofs.

Imperial Age the houses will be more painted in various Colors (Player color), lined with white and looking more akin to the stereotypical Scandinavian houses.

Town Centers could be in the form of the Longhouses the Vikings are famous for, shaping more into a manor of Scandinavian design in the Imperial Age.

Naval units would look like European sail ships for their Cannon and Warships, But their Knarr and Longboat were distinct and much similar to the Rus Lodya ships. 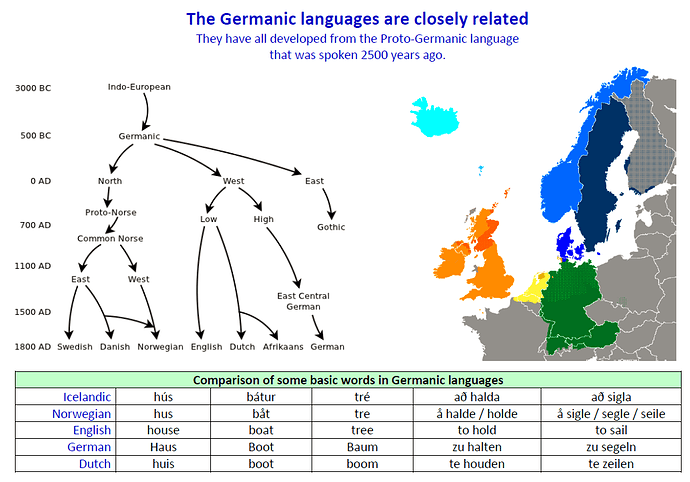 This is a bit tricky in the later stages, as during this period, the Norse language changed quite a lot.

During the Dark Age they would speak Proto-Norse and Feudal age they speak old Norse. (Norrøn) Castle Age and especially in Imperial Age, the Norse language starts to split.

This is where maybe the use of Landmarks will decide their final Imperial age language would be.

If one has most Norwegian Landmarks, the imperial language would be old-Norwegian(Gammalnorsk).

If one happens to have 1 of each landmark, then the language gets chosen randomly.

If this becomes too much work, then I suggest going for Norwegian. As it is mutually intelligible with both Swedes and Danes, the long history of being in Union with both Nations. While the Swede and Danes have a much harder time understanding each other. 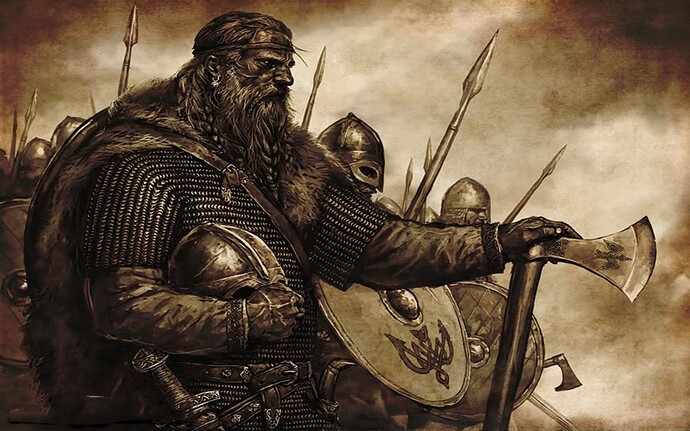 Berserkers are lightly armored infantry wielding the mighty Dane-axe. As their name implies they also have access to the Berserk ability. Increases their movement and attack speed by 15% for 5 seconds. With a 90-second cooldown timer. 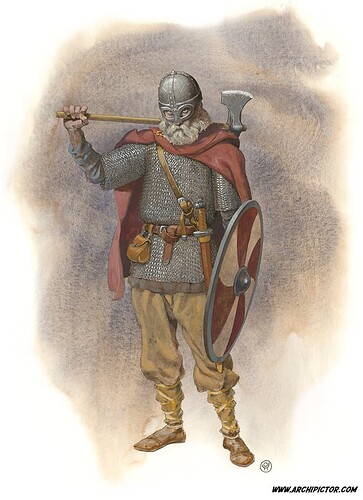 Huskarl are heavy infantry of elite warriors. These units are specialized in taking down Ranged units. Much like their AoE2 counterpart. 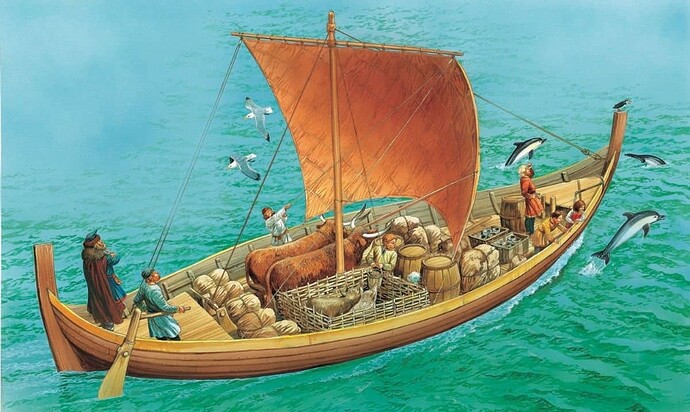 Longboat functions both as a transport ship and an arrow ship.Although its offensive capabilities are unlocked from the Feudal Age.The Longboat can also be constructed in shallows by infantry in the same way as siege weapons. Allowing for unique flexibility for the Vikings and more mobility in raiding along coasts and rivers. 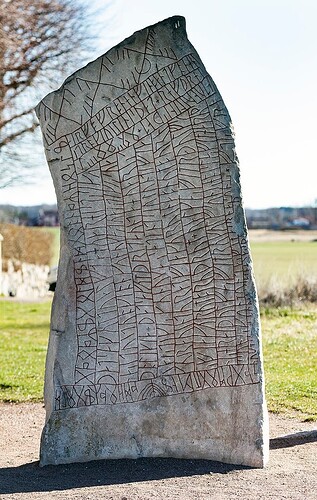 bilde800×1259 214 KB
Is one of the most famous runestones found in Sweden. It is considered the first piece of written literature. It is very often the Runestone that comes into mind for most people. It contains fragments of Norse mythology and also makes historical references to the Theodoric the Great, of the western roman empire. It contains the longest extant pre-Christian runic inscription. 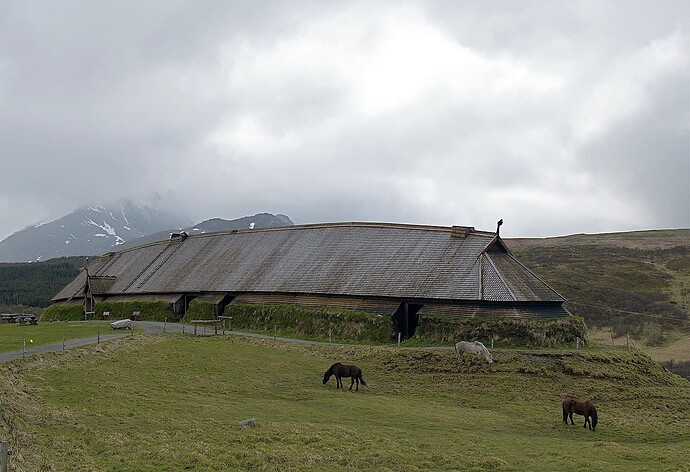 This was the largest building ever to be found from the Viking period in Norway. It served as the seat of a Viking Chieftain in Lofoten. It has today been Reconstructed as the Lofotr Viking Museum. 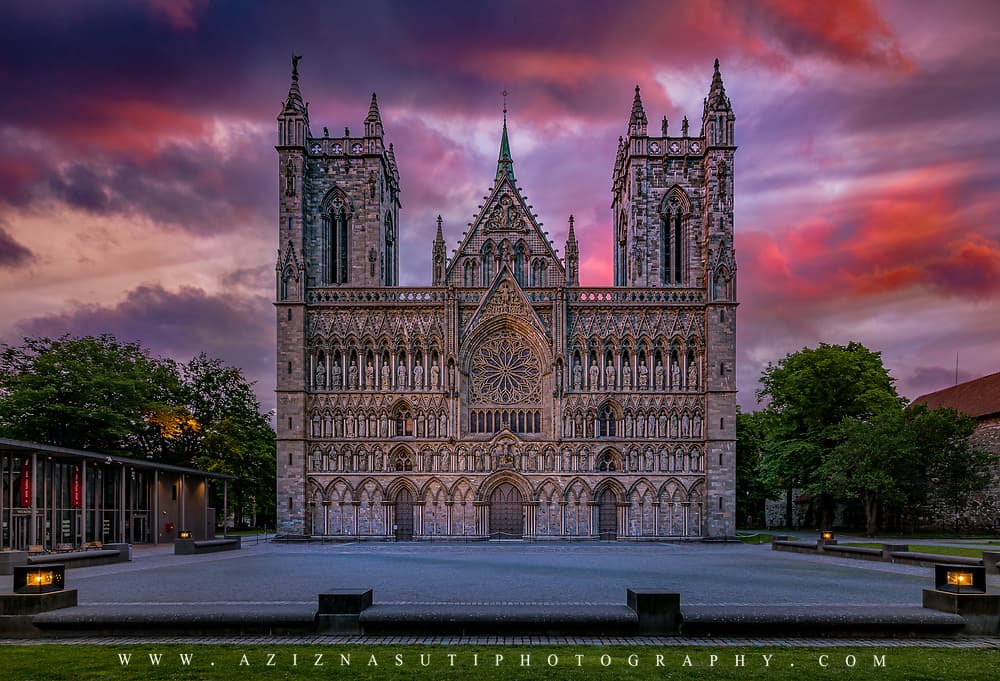 This is a gothic-style cathedral in Norway that serves as the burial site of King Olav II, patron saint of the nation due to his work of converting the Nordic kingdoms into Christianity. It became the center of Christianity within the nordic kingdoms. Originally a Catholic church that later got taken over by Lutheran Protestanism during the Christian reformation era. 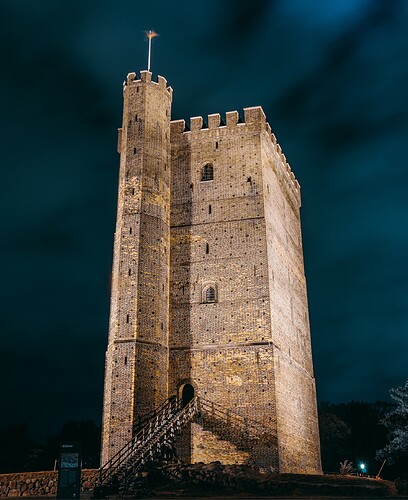 Was also known as Helsinborg Castle, it was one of Denmarks’ most important castles, along with Kronberg Castle, the danish had controll of all passing ships coming through the strait. After having lost the war against the Swedes in 1658, the Swedes tore down most of the castle except for the tower, for the sole purpose to have a Swedish flag swaying forever symbolizing the Skåne-lands would forever remain in Swedish control. All passing ships were obliged to respect the Swedish flag and fire a salute when passing. 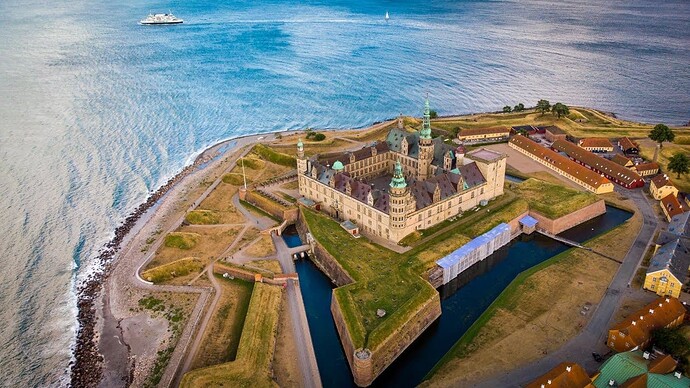 Has been one of the most important Renaissance castles in northern Europe. It was placed strategically in Denmark to be able to demand tax from any ships to and from the Baltic sea. 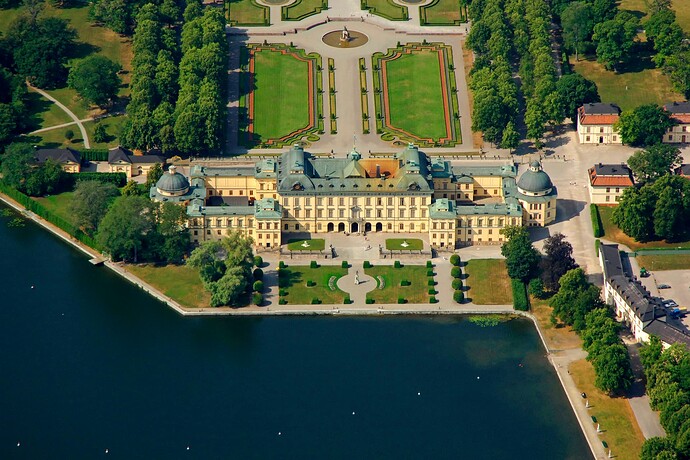 Today serves as the private residence of the Swedish royal family. Near the capital of stockholm. It was originally built by the Queen Dowager Regent, Hedwig Eleonora. It burned down the same year it was built. During the period of reconstruction, it was rebuilt near Stockholm. This was when Hedwig Eleonora was the head of the regency of the still-underage king Charles XI of Sweden. During this time, Sweden has grown into a powerful country after the Peace of Westphalia. 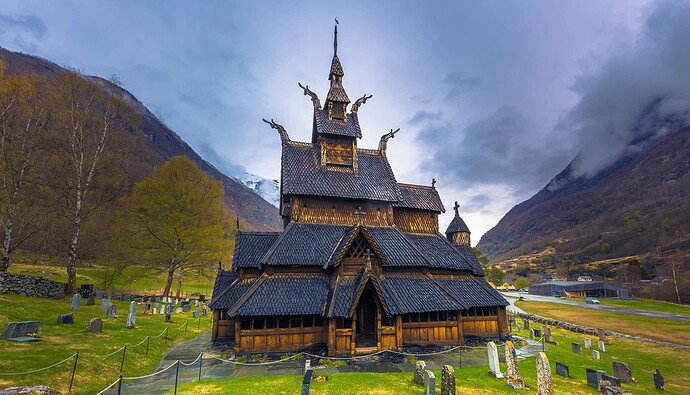 Famous wooden curches build in the distinct familiar Viking style architecture. Built sometime between 1180 and 250 AD, and served as a Parish church of the church of Norway. Stave churches have a nice smell to them. Like the inside of an old dried-out barrel used to store whiskey from personal experience.

The famous Norse is rather interesting, because, during the medieval period, they went through drastic changes, both militarily, cultural as well as the language drastically changed and diverged into Norwegian, Danish, and Swedish during this time period. Forming empires and unions of their own and were in countless wars against each other and around them.

They went from being the Vikings that we all know and love, into more standard-medieval, and then into the Renaissance style that came to predominantly dominate Europe. Not being much different from the Germans, Dutch, English, and even the French in the customs, arts, and crafts. Changing religion from the Norse Pantheon, into Catholic Christianity and then into the Lutheran Reformation.

Another challenge was also trying to represent their culture, many have a tendency to forget that Vikings were not one unified country. They derived from many tribes, that eventually became kingdoms, and these kingdoms became more and more distinct from each other.

Norwegians, Danes, and Swedes. Even the Icelandic and Faroese diverged from the common Viking heritage. While the latter two somewhat held onto the heritage both linguistical and way of life for a longer period.

So This is why I decided to carefully choose the Landmarks, making sure that you had Norwegian, Danish, and Swedish landmarks as these three nations represented the 3 distinct Viking cultures. Iceland was much closer tied and pretty much part of either Norway or Denmark at the time.

And added in the Linguistic notes about how these landmarks can be put to change the “identity” of the Civilization while playing in form of language.

When it came to the style of play, I wanted the Norse to be more represented by their fierce reputations as Vikings and raiders.

People do forget that Vikings weren’t just a military force, but also settler and in Age of Empires terminology; Villagers. Vikings as we know of were mainly just peasants with the knack for fighting.

Both women and men fought and would fight to defend their homestead, being a hardy people with a limited amount of farmland, fights often happened between tribes and even neighbors. This is why I wanted to give the Norse the unique ability to convert Villagers into military units in times of war and military units into villagers in times of peace. But ofc at a price.

This would allow us to somewhat mimic the Viking raiders of the past, being explorative and aggressive. Yet also able to settle in distant lands and give them a rather interesting approach to econ.

While Watermaps is very underplayed in this game, there is no denial, that Water played a very core role for the Vikings, so it was pretty unavoidable to make them more of a water-based nation.

Berserkers, I wanted to make an imposing infantry. Something to think twice before engaging. This is why I tried putting them more into a role of shock troops that doesn’t really care if it faces cavalry or infantry, and that any melee army should be cautious off. But at the expense of being very vulnerable to ranged units for good reason.

The Huskarls. Who were the “professional” soldiers during the Viking ages, their name translating into something of Manservant. Or quite literally: hus-karl, Hus being House and Karl meaning Army or very often, the word Karl/Carl would mean Free-man in old Norse.

Yes, this means the main character’s name from Half-life is Carl.

The Huskarls I wanted to serve as more core-unit, and also wanted to make them equally famous/infamous for being anti-ranged units from AoE2. Weaker than a Man at Arms but strong against ranged, and can pretty much ignore defenses and apply good pressure against anything that doesn’t shoot a springald size projectile or outright gunpowder.

Both the Huskarl and Berserkers are unique units that Villagers can not convert into. The Norse Villagers can only be made into Spearman from Dark age and onwards, Archers and Man at Arms from Feudal. The Norse also has access to feudal Man at Arms.

If you enjoyed this read, then check out my other civilization concepts:
The Thai
The Khmer
The Koreans
The Japanese

Support, it is not easy to type so much.

Really good and well thought out.