In Multiplayer games (ranked and normal), there are often other players who gets a yellow or red clock during the game. I think its because of their low benchmarks. The higher the Pop and the Ages go, the more often they get yellow Clocks and the worse gets the performance on my PC. My Benchmark shows 1250, my GPU and CPU usage is always under 50% usage, and it shows 120fps, but on the end, i have not more than 5 fps. Its unplayable.

Since I started playing AOE 2 DE in November 2020 , I have this unresolved performance bug. In result, I have to continue with AOE 2 HD Version with my friends every evening. I tried very much to solve this, like install on a new windows 10 on a new bought SSD, without any other software on it. Nothing helped. Please, help us!

Here is a example video of a game of me. 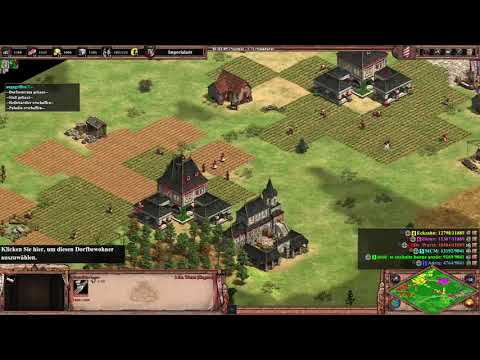 It seems, that many others have the same problem as I have. Look at these posts:

Game Version: Build (####) Platform Steam Issue: Often when I start a multiplayer I have red clock next to my name and the game is unplayable. But sometimes it is OK, I can play one good game with blue clock, then start another and I get the red clock. I have scored 1281 on performance test, singleplayer games are always without any issues. I have no problems when playing other online games like CS:GO or Path of Exile. I have tried updating windows, enabling/disabling VSync, lowering game set…

Yelow clock and lag every game II - Report a Bug

Hi guys , any same problem? Btw I never lag before . My result in benchmark test is almost 1300. But after new patch i lag every game with yelow clock since 1st second. Plsss any help for me ? TY

These details are CRITICAL; DO NOT skip them or your issue may not be reviewed. GAME BUILD #: 50700 GAME PLATFORM: Steam OPERATING SYSTEM: Windows 10

DESCRIBE THE ISSUE IN DETAIL (below). LIMIT TO ONE BUG PER THREAD. The benchmark test doesn’t prohibid people form causing massive lag/griefing. In ranked games people have the yellow clock from dark age onwards, indicating that their pc is strugg…

Maybe I can play without performance ishues, although other players have bad benchmarks.
Otherwise a solution could be, to let only players with a high benchmark (1150) play ranked matches.

Here you go: Vsync messed up for amd graphic users FRAME TIME BUG, micro lag, performance issue, video stutter [Tutorial] Frametime graph and fps counter with RTSS I have an rx470 and a ryzen 7 3700x also by the way. Try to use RTSS to show your frametimes, but get rid of vsync first. Does it get better temporarly, if you hit alt-enter 2 times to toggle windowed and fullscreen again?

For AMD graphics user there is not solution except hitting alt-enter all the time to reinitialize some of the rendering by going window mode to fullscreen.

You should have bought Nvidia graphics man!

What are you talking about, i have used 3 radeon cards on this game and not a single issue, don’t generalize ur issues on ur end.

Red clock is tied to cpu lag, maybe overload or over heating.

Thanks for this report, we are currently tracking this issue!

Problem not solved yet… its nothing about the vsync.
Hope the Dev can help anyhow.
Greets

This is happening to so many people. There’s been years of incompatibility with 2DE and AMD users, nothing has improved yet

I have the same problem, don’t matter which setup I use. Hate the developers and want my money back… not playable but the money got taken.