[Poll](Updated) Which civs would you like to see in the game? (All popularly requested civs included)

Updated the previous list by removing some redundant civs and adding some new ones. Also made a map accompanying the list:

image1603×742 156 KB
Symbols represent the civs already in-game, texts are the new civs being requested (in the list below)

Choose the civs that you want to see in Aoe2 (in bracket is the approximate population of the ethnicity today followed by the area of influence of the particular civ, click on it to see the map)

Please consider sharing this poll to as many friends as possible. It will be great to have a shared opinion in one place.
Thank you!

Oh, I forgot them sorry. I guess we can’t really cover everything. So many different things to cover. Anyways it’s good that you reminded.

For any civ not in the list maybe we can atleast just mention it here in the comments.

Bohemians/Czechs are closely related to other West Slavs, so maybe you can vote for Poles atleast.

Still no option to vote for: “Please dont add new civs, we have already 35 civs and we dont need new civs”. So the poll has no value to me.

i need to say useless to get 20 characters.

Not to be rude but I think there’s a big unbalance. There are way too many European civs and not many American civs. Europe is not such a large landmass. I understand that English native level speakers are located in America and Europe so they give plenty of ideas based on their location and studies but there’s really poor knowledge about American civs.

I’m surprised to find Chimu. I would like to see the great Chimu Empire there. Making a transition from the Moche Empire. A transition from Moche to Chimu (Dark Age-Imperial) would give lot of rapport to build the technology and unit distribution or ideas. So nice South American really heavy armored infantry.

The Huancas were the biggest rivals of the Incas. I’d like to see them added. More like a skirmirshing/fletching style based civ masters of raiding.

The Tiahuanaco was a large South American Empire too. It had more population than those European civs the game added. A transition from Wari to Tiahuanaco Dark Age-Imperial would give lot of rapport to build the technology and unit distribution or ideas.

I just game back to AoE, used to play until MSN Gaming Zone closed because I didn’t want to play at Voobly. I see also a disbalance for the Incas. The Incas had way more population than Spain but they get just 3 villagers. The Chasquis delivery running Inca units ran thousands of kilometers at fast speed. But i see their speed as same as the other civs. I’d like to see faster Inca units. And the Andenes/Irrigation systems were amazing. The Hondero/Slinger was actually effective against heavy armored cavarly. One of Pizarro brothers dead slinged during fight at Sacsayhuaman fortress.

May you need more info or specific ideas to make a patch to add these civs or to know details about their military strategy or economic development I’m open to collaborate as I’m versed in South American history. I typed this fast and English ain’t my native language so forgive any grammar or spelling mistakes.

I’ll be in Board If anyone comes up with an interesting concept for a civ with unique Playstyle and interesting bonusses/tech-tree instead of Just spamming random civ named they demand in the Game because of Lack of ethic diversity, eurocentrism or some other neo-marxist concept.

At the cost of being unpopular, I will say this: I don’t think it’s a good idea to add new civs. It’s already hard to give each of the 35 current civs a distinct identity/playstyle. If you add more, they will just look more and more similar, with some civs being just slight variations of others. More is not always better.

Unless the base tech tree is significantly expanded with new units/buildings/techs, I think that adding new civs will end up being detrimental to the game.

Just look at the Realms mod. There are still some interesting ideas to be found.

Europe, Middle East and Asia during the middle ages were a lot more diversified. The size of the landmass doesn’t mean anything compared to the amount of different cultures. The sheer difference in population leads to more diversity than just landmass.

Plus some potential American civs (iroqois, mapuche) would fit more Age of Empires III than Age of Empires II, and they indeed are in the popular mod Wars of Liberty (http://aoe3wol.com/natives)

Aztec, Inca, Maya are just the tip of the iceberg what America has to offer.

The Iroquois/Mapundugun speaking people existed way before the arrival of the Europeans. The Mapuche were one of the few First Nations which resisted both the Incas and later Spanish after their arrival succesfully. The Mississippians built impressive cities like Cahokia: 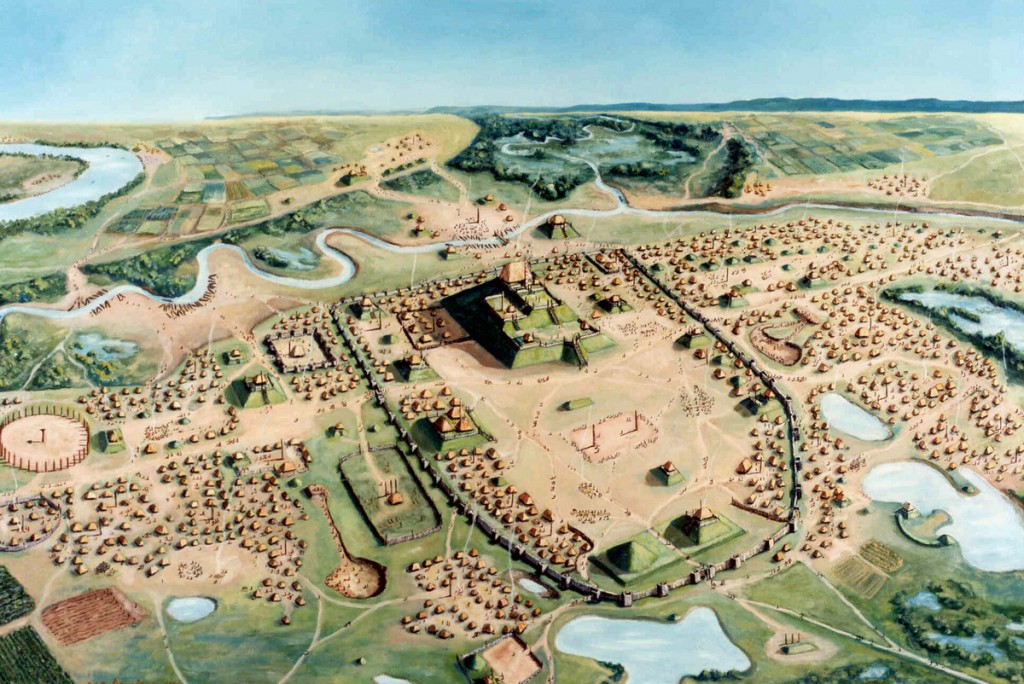 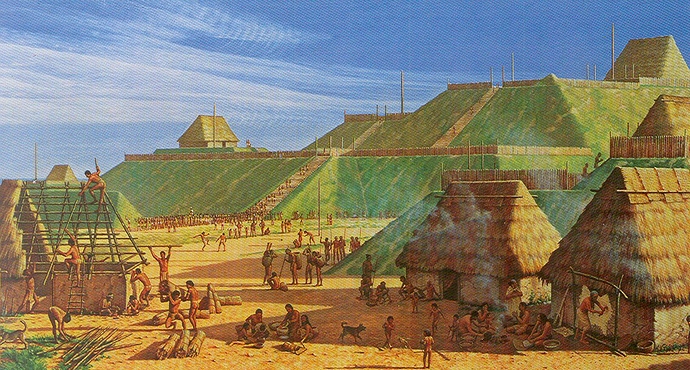 The Puebloans on the West Coast had impressive cities too: 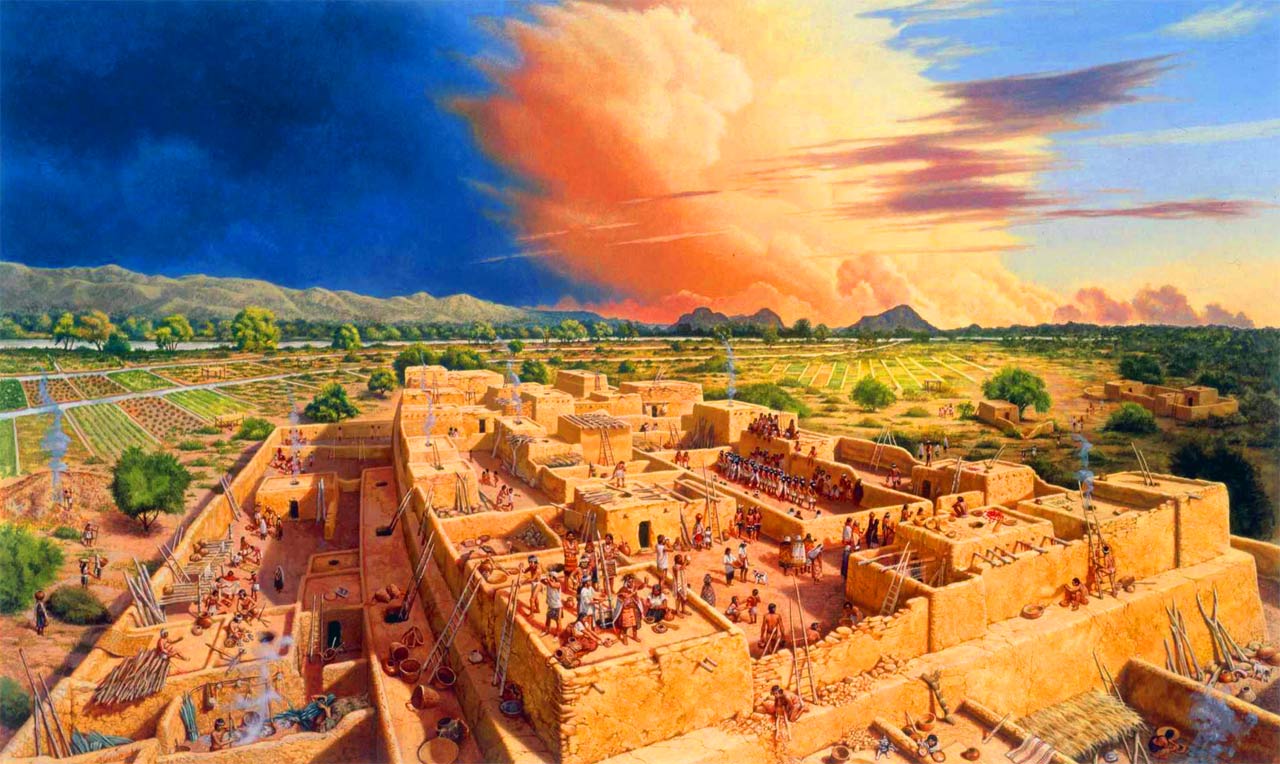 It’s just that most games about the Middle Ages focuse mostly on Eurasia first and then when almost all the design space is filled they say “oh, we can’t add anything more”. It’s just how most game work sadly.
I would buy “Age of Empires II: The American World” in a heartbeat.

I agree, those 3 regions are the most underrated in AoE2.

As a general rule, would want to avoid Europe.

Top would actually be Inuit, then maybe Malagasy and Iroquois. Politically, we will never get Uighur or Tibetan and still sell in China, but maybe Kurds are OK.

not really a fan of this, its a huge deviation from the design of the game. if we were talking aoe4, whole heartedly support the idea, but this isn’t aoe4, its a remaster of aoe2.

Politically, we will never get Uighur or Tibetan and still sell in China, but maybe Kurds are OK.

Tibetans we should always want, but Uyghurs and Kurds would be be just subdividing Tatars and Saracens.

Not really a fan of this, its a huge deviation from the design of the game. if we were talking aoe4, whole heartedly support the idea, but this isn’t aoe4, its a remaster of aoe2.

still not a fan, that takes away from khmer. hunting grounds as a visually different farm? sure. but have them drop off like everyone else does.

Hey guys a task for you. Try doing some brainstorming to decide an interesting historical campaign/plot for each of the civs in the list. It will be interesting to see the ideas.