We all know it, aoe2 players know it, and aoe4 players know it-- AoE3 is the shiniest and prettiest rts game ever made. And now with the new and improved photo mode feature, it’s easier than ever to take quality screenshots.

So I think it’s high time for the 3RD DE SCREENSHOT CONTEST TO BEGIN!

We had some amazing entries in the last two screenshot contest threads, which you can view:

Hey folks, I think the last screenshot contest went great. Here was last months thread! And here’s the thread with the finalists! Now it’s time for another contest! We’ve seen some really innovative uses of the scenario editor and I’m excited to see more! That said, last time it was a ton of work to make a poll with all the best images. So this time, we are just going to go by Likes here in the thread to determine the winners. Or maybe I will make a new thread and post all the images as single…

EDIT: submissions are now closed! go here to vote on the best images! VOTE for the Top 2 of the August AoE3 DE Eye Candy Screenshot Contest Submissions! Everyone knows AoE3 is the most a e s t h e t i c of all the age games. With all these amazing new units in the Africa DLC, I want to bring back an old tradition that I recall from the early days of AoE3 forums. The screenshot contest! Post your best, most aesthetic, most well crafted screenshots, composed either in-game or in the scenar…

Some tips for making great screenshots:

-Compose a scene in the scenario editor, either from scratch on on a premade made. The “embellishments” category in the Add Units window is a great place to find lots of amazing models, like the rugs and teapots from the image I made below, for instance.

-Go into camera editor and click free cam. Now you can zoom in or out as far as you want, and adjust the pitch of the camera with the cntrl + arrow keys, to get those super close-up shots!

-To add sky to your images, either use skybox 1 or skybox, OR, use the much better sky backgrounds that you can get by searching for Misc Props in embellishment, and then right-clicking through the objects until you get either a bright light sky, or a dark night sky dome.

-Play around with the new photo mode! It seems very promising so far. You access it by hitting pause in a skirmish or in multiplayer, and then you select photomode (beta) from the menu.

CONTEST AND JUDGING RULES
Today is March 19th. The spring contest will run until the end of May. The top 5 most “Liked” images will be posted in a new thread, and a poll will be made to pick the best screenshot of the spring! 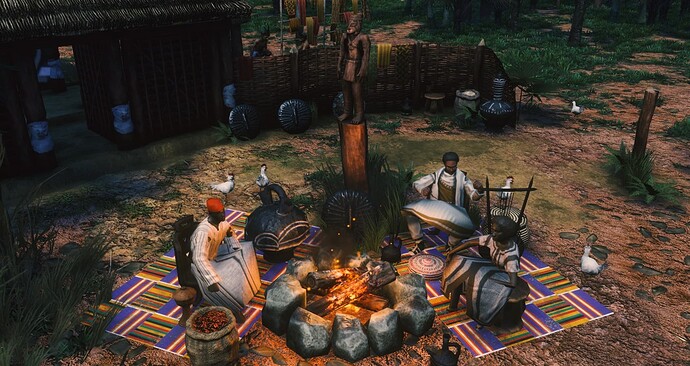 Nice one, I will try to make a screenshot using the newest photomode. Maybe one month should be extended though. 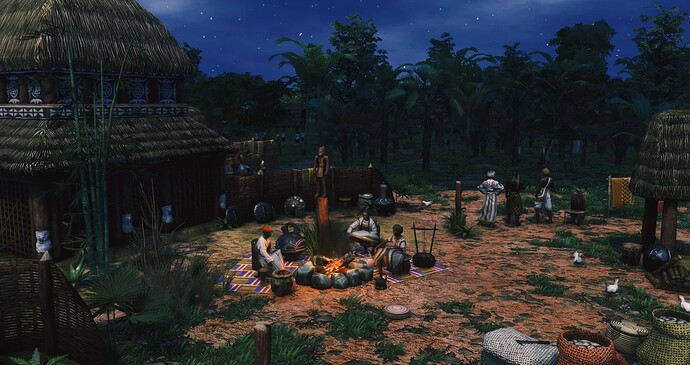 What if we let AoE2 forums to vote the winner??

I guess everyone is thinking what to post. I think it should be something quarterly and not monthly.

Yeah one month is maybe too short of a timeframe. Seasonal format 4editions/year seems like a great starting point.

I’ll be honest I haven’t messed with the new photo mode too much (started too many new games recently!) but just to kickstart.
Will ‘pin’ this one and post few more things later for sure. 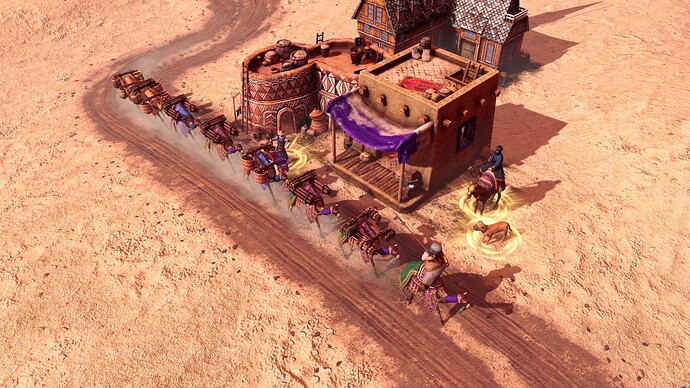 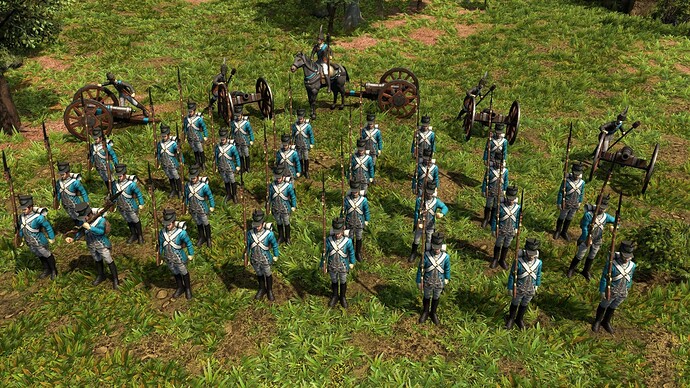 allright, I’ll extend the deadline-- how about March till the end of May?

I don’t think I’m in a position to say one way or the other, but if people would like 4editions (+maybe special event ones like for Xmas-new year season) then I guess the most natural solution is sticking to the calendar:
21 III - 22 VI - 23 IX - 22 XII
In case of increased frequency and 2month range- same thing. Jan+Feb, Mar+Apr etc.

Also not saying like 1month editions are bad, it all depends on how many people are interested. With a lot of submissions 1 month might turn out to be just right 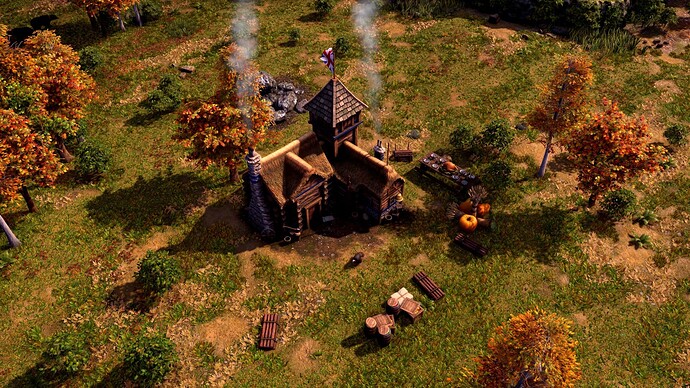 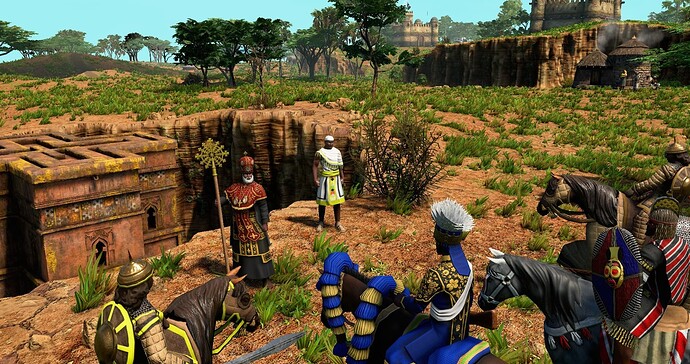 Hey! I know that place!

hello dev,
how do i access the skins of the explorer from the scenario editor? 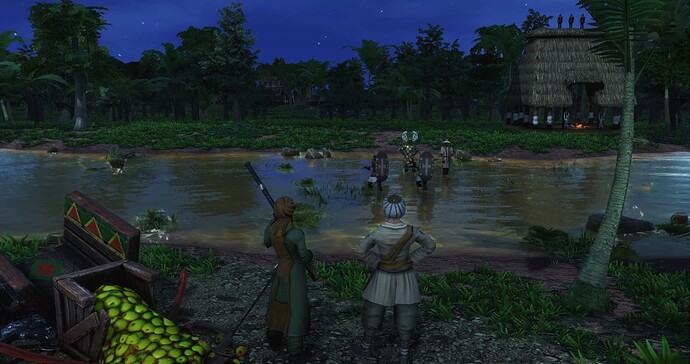 Crossing into the Kingdom of Kongo

I’ll post one soon… Don’t have any time for now.

I thought about complaining on the low participation given the new feature. Then I realized 1) It doesn’t come with camera angle degree change 2) It would be hypocritical to complain without a submission of my own.

So in hopes of inspiring (devs to buff flamethrowes range to 14 cough cough ) the community to participate more in this contest, behold: Rain of Fire 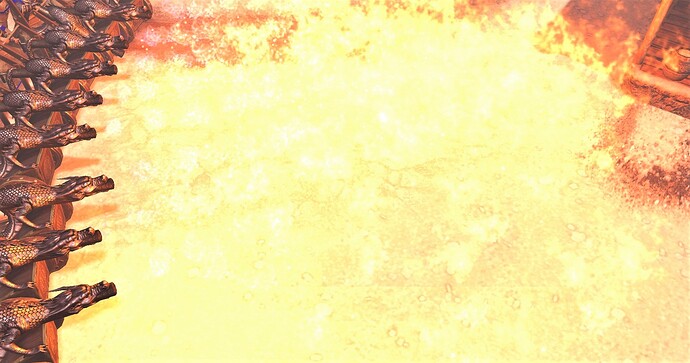 It does come with camera angle degree change, it’s just not labeled well. You can use alt+WASD to tilt the camera as well as rotate it. Right now it’s just labeled “camera rotate” but it also has a tilt function. 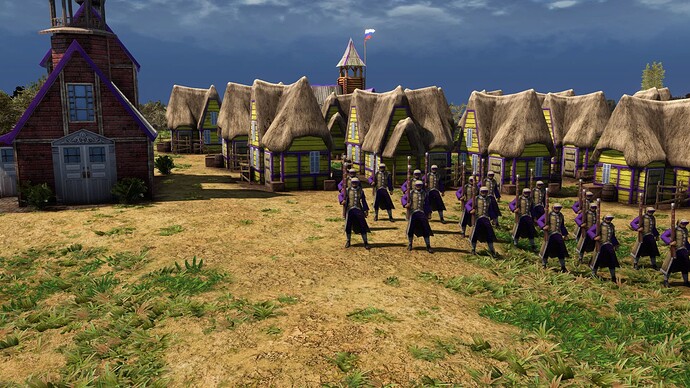