And if they could add Jesuits to more South American maps that’d be nice too.

They have been doing that already. I think the change is nice in a historical sense but gameplay wise it won’t make much of a difference if Jesuits are not buffed, specially in terms of techs to African Natives level viability

Native gunpowder units are needed for Central and South America. Tupies could have powder units. Even cannons because I think they used artillery too (I’m not sure). A minor faction that grants artillery might be interesting.

Maroons would make the most sense for a powder unit in that region. Tupis may have used guns eventually, but it would have taken them a while to adopt them.

If they’re ever added as a minor faction, Malay could have an artillery unit as some type of Bedil.

Bedil is a term from Maritime Southeast Asia which refers to various type of firearms and gunpowder weapon, from small matchlock pistol to large siege guns. The term bedil comes from wedil (or wediyal) and wediluppu (or wediyuppu) in the Tamil language. In its original form, these words refer to gunpowder blast and saltpeter, respectively. But after being absorbed into bedil in the Malay language, and in a number of other cultures in the archipelago, that Tamil vocabulary is used to refer to a It...

I re-checked the card roster for several civs and I think Swedes should be the new “benchmark” of the card designs for European civs in future updates. If you look at the number of unique cards and unique mechanics provided by cards, Swedes has much more.
They do not to be so unique as US or Asian/African/Native Americans civs because those civs are already very unique in themselves. But it is still possible to add a lot more new cards based on actual history. Look at US, they can dig out so many small events in the history of those 20 states in the game and turn them into cards. Not to mention Africans and Aztecs/Incas who already had a lot of unique cards but still received more in recent updates. Meanwhile many important historical and regional/ethnical themes are still missing for the old European civs.

That would not necessarily affect high-level competitive gameplay just like many gimmicks in the non-European civs, but it would make them more appealing.

yeah i agree that Sweden is a good point for European faction to look at in terms of uniqueness of cards, the way you for example upgrade units is completely different with Sweden compared to other European factions where it usually is just dmg/hp for 2 units. instead with Sweden its dmg for ALL melee units or caroleans now have ranged resist.

i think the germans try a little to mention some history? but obviously it is such a big and diverse group that it is hard to include things, not only in cards but also in units.

If in the future they include maritime trade routes in American maps, the most obvious maps for this would be the Caribbean and Hispaniola. The trade route of the Caribbean map goes from being a trabois to a merchant ship. On the map Hispaniola would be something new, but if this is included it would cease to be a boring map that people almost always avoided playing.

In addition there could also be treasures in the water.

There could also be treasures in the river.

I want Koreans to be a major civ not just some minor faction in the korean map. I agree with the rest of the suggestions though.

I don’t know if it meets the requirements enough, but I would love to see this unit: 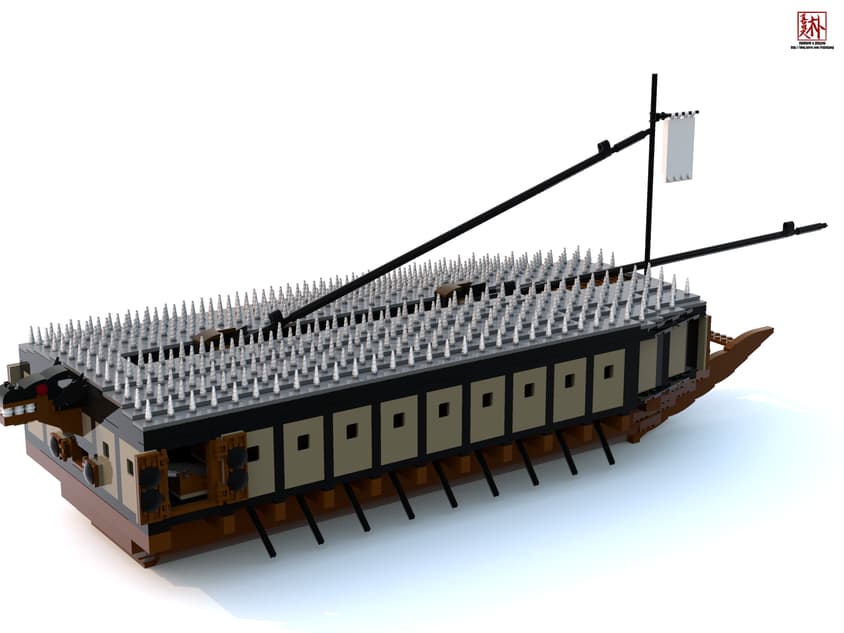 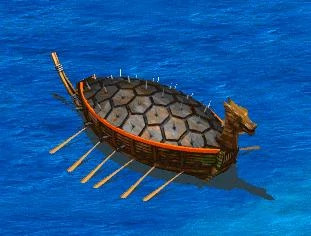 A Black Forest map originated from the Amazon Forest would be awesome.

And the Amazon River map should be updated: It sucks.

The Amazon could be subdivided into many maps, after all it is almost half of South America.

Another map that I would like to see is the Guagira peninsula. It would be a map with a style similar to the sonora desert.

Mosquito Coast The Mosquito Coast is about as harsh as it sounds. Swampy terrain that can’t be built on surrounds your starting location and pirates guard their smuggling routes along the coast. Dense forests and hostile treasures fill the interior. Settlements - Maya, Zapotec, Maroons Trade Route - Capturable but guarded by pirates. The island tradepost could even be guarded by a ship. [Mosquito Coast] Mosquito Coast LOST A LOST version of this map would be an excellent historical refere…

Now that Mexico is here as the “most strategically diverse civilization” I think this should be brought up again.
It’s great we have all those creativities flowing into the new civs, but the problem is again old civs now look too blend (Mexico with the federal states + reversible revolutions would result in almost 2x card options than most other civs). And the old civs would not even be considered for some major updates balance-wise because many of them are actually quite effective.

I’d suggest these to be considered some time later:

These would not significantly impact gameplay. The old metas are still there, and the updates are on some very underused aspects. Also, even for civs as versatile as the US, people soon figure out one or two optimal build orders. So giving a few more potentially viable options for other civs would not hurt in any sense.

Giving livestock more viability would also be a nice addition. It seems that Mexican cattle can be produced for free at the ranches.

All new civilizations do useful things that remain frozen for others.

Mexico, another civilization that intends to make livestock farming viable. [Captura de pantalla (417)] [Age of Empires III: DE - Mexico Civilization Overview] (They talk about it from minute 1:39) By appearing this building (farm) will generate free cows and its process will be accelerated if there are villagers working in it. Imagine that you build farms and configure it to generate cows automatically. By the time the hunt is over, it is inaccessible or it is very risky to …

In addition, the mechanics of revolutions also begins to fade with the incorporation of Mexico and the US The revolusions need a deeper redesign to remain attractive.

[image] Here’s a list of ideas for thematically and (mostly) historically appropriate new units that could be added to several civs as a shipment. These shipments are not necessarily needed for game balance and may not get used often but they would add additional historical flavor and fun tools for more casual players to enjoy. Would like to hear all of you guys’ ideas as well, especially if you have any for the Haude, Japanese, and Lakota, I couldn’t figure anything out for them. For Multipl…

I mean the “new” revolutions since DE. Several Mexican revolutions have even bigger decks than all other revolutions. As you can revolt and counter-revolt to adjust your strategy, and as there is not enough xp for you to send every single card in a game, the majority of these cards will never be used. Feels like a waste of creativity to me. In the meantime old revolutions are still quite unbalanced. Some offer fewer card choices than others. I think they should also get some updates in the fut…

I do think the following should be done to help the old civs in particularly the european civs without radicaly changing them too much.

-Improve livestock viability floor, I’d suggest making cows available by default in the fortress age, with ranching only making them available earlier and raising the cattle limit; could also be applied to USA and China
-have a closer look at unique church cards/technologies not all of them are awful but some are…
-enable non-sweden to get consistent mercenaries available from taverns through shipments, Just not from regular military buildings that can remain a swedish thing.
-Make mercenaries trainable at Fortresses
-Make some of the new mercenaries available in shipments

Healers, especially surgeons:
Just saw aussie drongo’s video where Mexicans can let Generals construct field hospital. This might be nice.
Investing one card for surgeons (which are not much better than priests in the first place) is not worth it. Field hospitals are quite expensive. And healings are not so useful in the first place.
A few things that can be done:

And reduce the cost and increase the efficiency of field hospitals as well.

Buffs to all outlaws across the board to make them even half as viable as African Outlaws. There have been buffs to the wild west outlaws but pirates and all Asian dynasty outlaws are as useless as ever. Some could be given a partial food cost since the precedent is now set Partial food cost may help to differentiate them from mercenaries too since they may be hard to distinguish for many players.

Giving new civs some unique bonus like US outlaws being stronger is fine. At least the basic unit is more viable now.

And I always thought before that update, Asian outlaws are generally better because they are more cost effective and require much less pop.

BTW African outlaws have been nerfed as they should. Maybe they need to be nerfed a little further.

Maybe they aren’t worse than the cowboys? Regardless, they’re still bad. I can’t remember a single time I’ve seen someone make any of them. Pirates need a buff for sure though, they’re useless for how much pop they take up.

My impression is that in the older version, Indian ones were similar to wild west ones so they were quite bad. Comanchero (not cowboy) and Wokou rider were not very effective even against cav. Wokou ronin is a little better than pirate because it costs much less pop. But all of them were borderline useless, especially compared to African ones before the nerf.
Wild west outlaws are indeed better now but still not a viable option for civs other than US (and of course Mexico) and Lakota who can obtain them through cards.